Had another RDO yesterday and caught up with Neal and Paul before going to the dentist to have a couple of teeth pulled out. The break was basically flat with a massive high tide and not one person out, but we could see swell on the horizon marching past, and every now and then a wave would break, so being my day off , pre dentist visit , I jumped in for a couple of small waves and on my return a hour later, I could see that the tide was dropping and waves were breaking nicely , so out with my camera to film the boys , and as they told me later, there was a real spike in the swell 30 minutes before I got back , but as always so did the crowd grow as the waves rolled in! 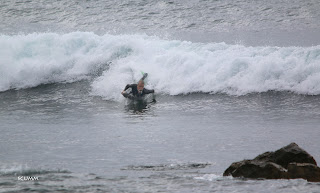 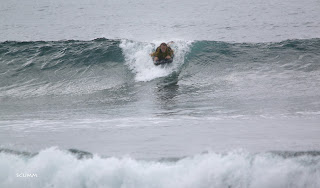 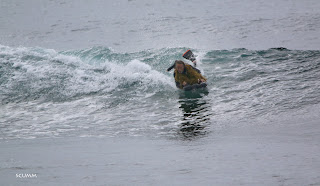 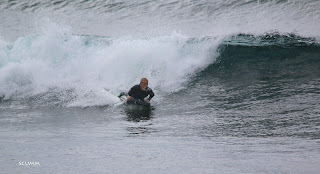 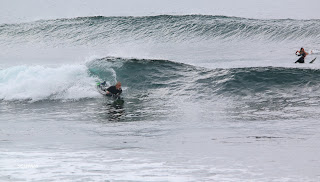 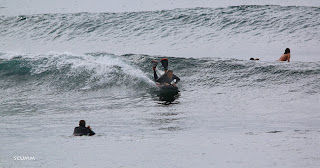 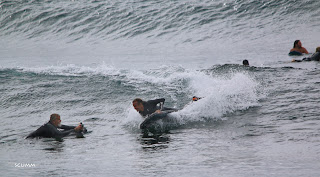 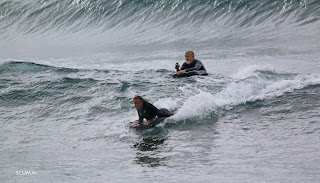 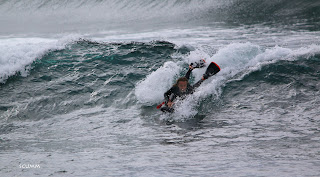 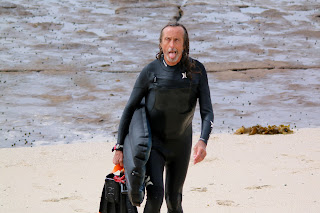