30 Years of Testing and Tinkering #3: The Dimension Paradox -- Part Deux 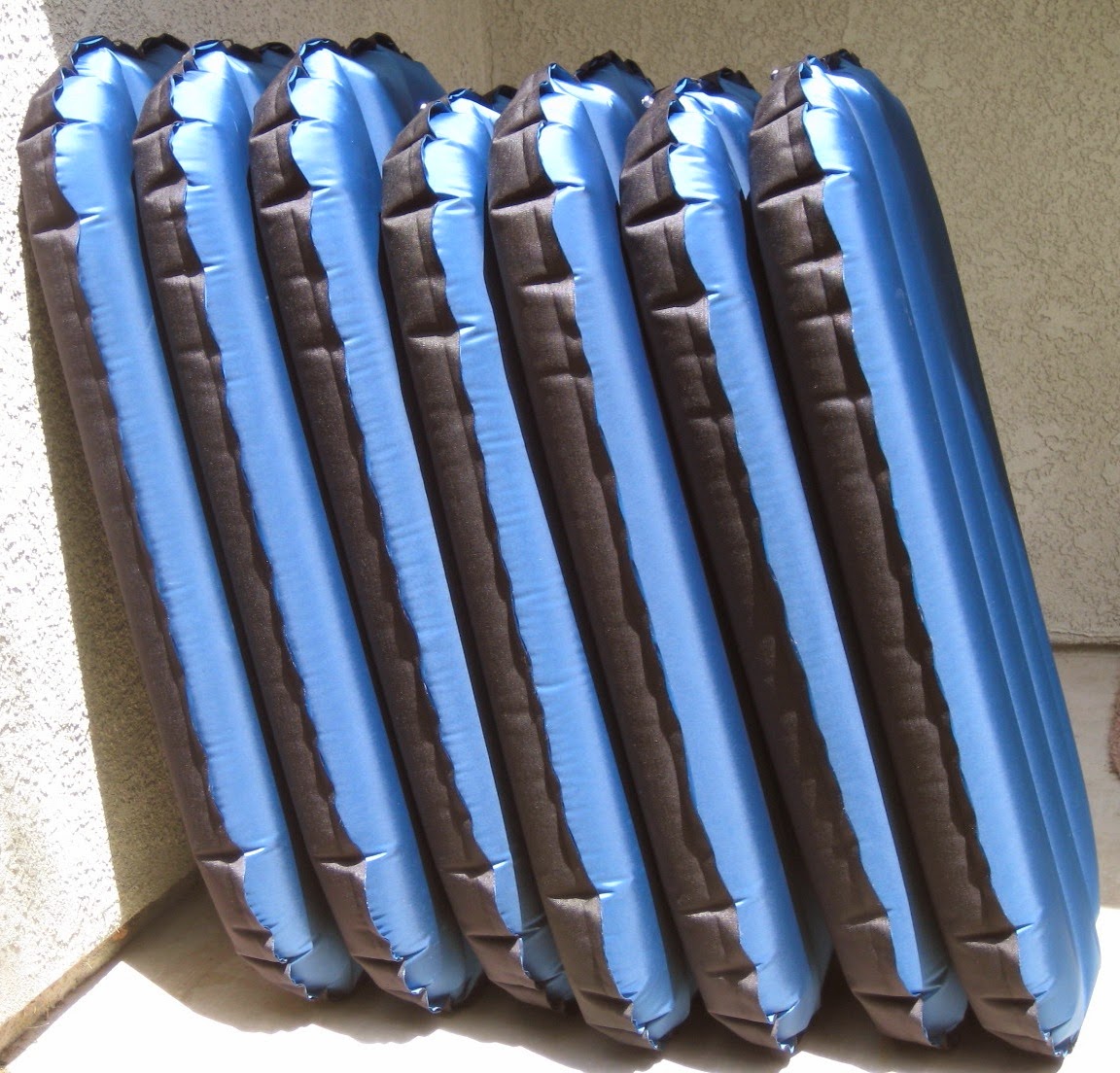 This is actually a corollary discussion to POST #2, and it involves the variation of dimensions between mats.
The take-away here is simple: the tiniest increase or decrease in dimension between two mats yields a huge difference in feel and performance…more so than any other surf craft. And, as we alluded to in post #2, nothing we’ve learned from decades of surfing and surfboard experience can prepare us for assessing surfmat design in terms of numbers. It’s in a different design universe.
No one was more surprised as I was when I first realized that bumping the width, length or thickness of a mat design was so touchy. By the early 80’s, when 4GF got going, I had worked in the surfing industry over 10 years, build and ridden a bazillion boards, been generously tutored by the likes of George Greenough and Greg Liddle, and thought I had a good handle on the whole “hull” surf design deal. But none of those experiences prepared me for the hair-splitting horrors of mat design.
I realized several things early on in my mat building experience: Because mats sport both parallel outlines and a parallel thickness flow, the slightest change in dimension expresses itself equally along the entire mat. (Conventional boards taper at each end, so added width or thickness is concentrated more in the middle.) And because mats are so incredibly light relatively to their volume, any increase in volume generates a lot more buoyancy...which can be a good thing or a bad thing, depending on how it's used.


The third element in play is harder to verbalize. When you add a small bit of width to the template of a mat, say ¼”, it expresses itself on both the top and bottom sheets of fabric. So there is really ½” of material added to the overall mat…¼” on the top, and ¼” on the bottom. And that’s a noticeable amount of extra fabric to control when you're riding a surfcraft with no fin!

Fourth, the interior structure between models varies, and you can't see them on a finished mat.
The result of these design realities is that there are really small variations, dimension wise, between the 4GF models. Anyone who has two different 4GF models can attest to how similar they appear -- even when laid on top of one another in a deflated state -- yet how distinctly different they feel in the water.
Posted by Paul Gross at 7:49 AM

Hmmm....has anyone ever made a mat with curve in the "rails"?

We'll talk about that in detail in upcoming installments.

But the short reply is yes, outline curve -- both bowed out and bowed in -- has been tried, with not too much luck.