From The Gonzalez Brothers... 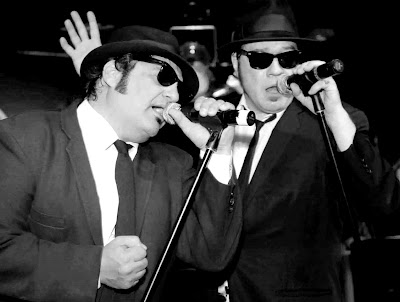 "Hey Paul - Just wanted to send a big thank you for your “personal touch” customer service style, and for offering a truly superior wave-riding product.

I took my new Fatty out last night in bumpy head-high windswell at Topanga Point – the mat delivered all that it promised and then some. While a handful of brave hard boarders were barely picking up rides (lots of wind and current), I was getting waves all the way down to the second staircase – at record speeds! I have been surfing this spot for years, and I can say without exaggeration that I have not walked from the bottom to the top of the point after waves to the beach (!) six times in a row...that was simply unthinkable until now. All told, my mind is blown from the endless possibilities of flex, positioning, and acceleration. To boot, I was wearing my Go Pro cam – look for vids on the Blog site soon!

On another note, you may have already made the connection that my twin brother is Jeff, who runs his Tracker Roundtail and new 5GF in the challenging conditions of the North Coast. He is also my co-conspirator on the surf movie/album project...Ace Gonzalez & The Surfilm Sound. We are getting ready to do the premiere dates soon!

Thanks for sending my 5GF so promptly. I was able to get it in some steep bowls at Mat Corner this afternoon; at the same time my brother Jason was surfing his first ever mat session at Topanga!

He was getting waves across the entire point on his new Fatty, while my 5GF was tracking into head-high right wedges like it was on rails, 700 miles apart! The narrow width of the 5GF was really responsive on pitting waves; I brought my TRT down and started the session on it to make a comparison.

After getting a few good waves I switched to the 5GF and it was noticeably skinnier, which meant it bogged a little on smaller waves, but once they hit that head-range and started throwing out, the speed and sensitivity of the mat were truly eye-opening, as I was able to get it up on the flanges very easily off the bottom, then slot up into the barrel and track to the inside at speed. I can only imagine what this mat will do in overhead point surf!

Though I did not get video of this session, I am working to edit/format the video I took this past Sunday of me on my TRT at the gnarliest day I have ever ridden my local tidal bore. That's a whole story in itself, but suffice to say you have made a pair of steadfast converts to the ecstasy that is mat surfing. Thanks for making it all possible with the Fourth Gear Flyer line of radical surfing machines.

Gonzalez Bros... Did you play a show with the White Buffalo and Evening Hatch in Costa Mesa awhile back?

Hands off,Mateo!Already got them dialled into a life-affirming recording deal for the OST for ever-evolving mat opus.
Or is that the Flying Burrito Brothers?