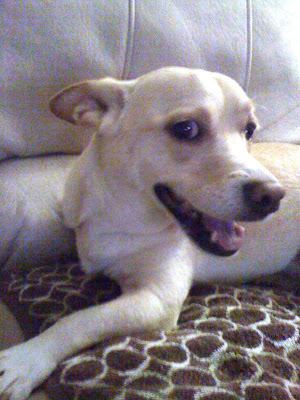 Got to meet Dave and his wife Lisa today, my wife and I met with them at La 8 beach in San Juan. Dave got to surf his Vespa for the first time, it was his first matting experience right out of the plane! I surfed my trustworthy Fatty and gave Dave a few tips. Dave told me that back home the temp was 28 degrees, here in PR it was around 88 all day. Waves were small but it was fun.

Afterwards I took them out of the city and into the north shore country to Los Tubos beach, waves were better there. Offshore winds, clear blue ocean, the reef could easily be seen, fish jumping out of the water and a very beautiful orange sunset reflected on the golden sand. Afterwards we ate some 6 oz marlin nuggets and drank a couple of Medallas. Finally we sent them off to Rincón via highway 22. Lisa took some photos today so I guess that they will have plenty to post on surfmatters. Waves will be small for the weekend and the beginning of next week but then we might get a strong cold front by the middle or end of next week. I will keep you posted.

By the way Frencho's Fatty and my Standard and UDT arrived with no problem, the UDT is huuugee!!!

Thanks again Paul and may you have lots of peace, joy and happiness!
Posted by Paul Gross at 8:02 PM No comments: 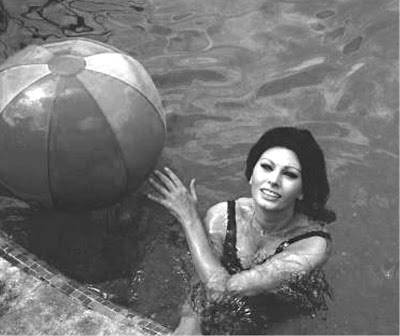 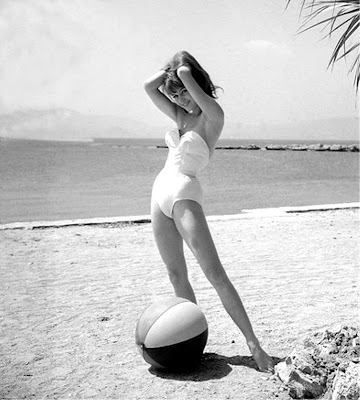 Posted by Paul Gross at 9:00 AM No comments: 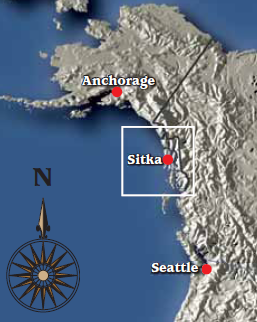 Hi Paul.... psyched myself. Bought a Dale mat 2 years back and will dig the new one mightily.

Attached article is the most noted alaska break, up in Yakutat, but point breaks abound in this island archipelago. Bought the UDT since I am 6-3, 220 lbees, and your copy summed up alaskan surfing with the quip on a big ass wetsuit (no icebergs though, yet). 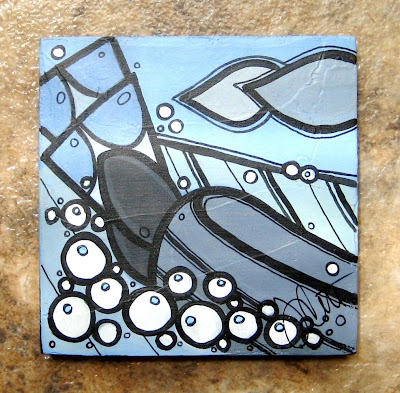 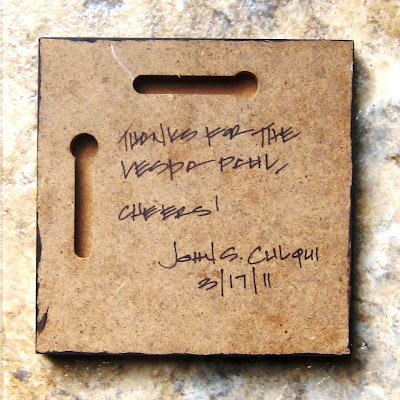 For more on John and his wonderful work, go here... 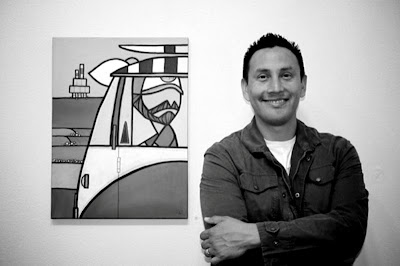 Two Of The Three Inflatable Amigos... 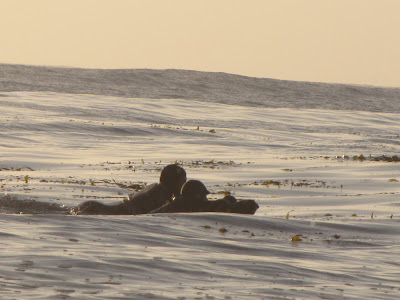 EPA was back in session yesterday morning at HQ bay... A slow moving mats-only session...just the three inflatable amigos.

I hadn't surfed for months so it was great

Sent from my third iPhone
Posted by Paul Gross at 4:08 PM 2 comments: 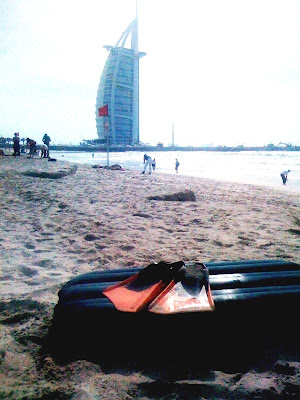 As a counterpoint to French hippie-bliss, I'm sending you a pic of a new place you can tick off on the map.

It's choppy windswell only here...but with a nice size, warm water and smiling expat 'locals'. What a great afternoon! 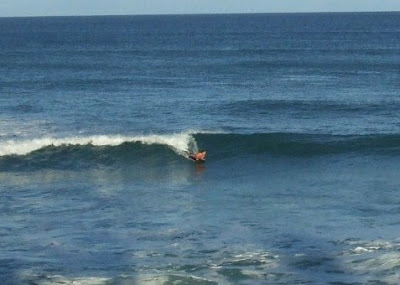 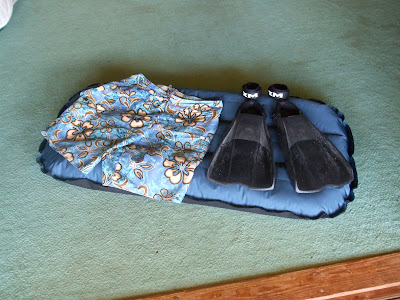 Just wanted to let you matters out there know that I've been riding my 4GF Standard with 90 degree bend (when in the water) almost exclusively for a over a year now and am stoked on this setting. Seems to work fine for me in all conditions. And it's a firm L-bend, so the fabric goes tight. My guess is that the rails and channels get a crisp tuck-edge for both grip and release. Plus the semi-rigid mat is easy to paddle and control. I have done a few tests of lower and higher inflation, just out of curiosity, but keep coming back. This may not work for you, but I like it...
Posted by Pahl Dixon at 12:05 AM 9 comments: 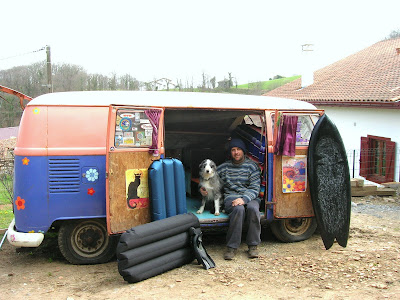 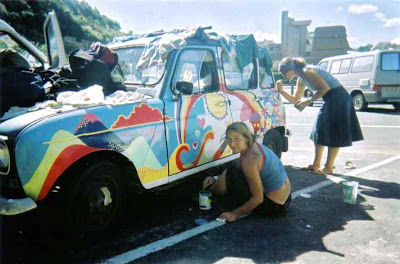 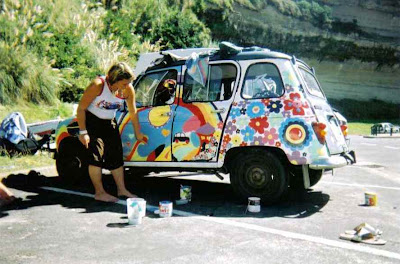 this regis from france:

i receved the mats last week ;perfect ,i just wait to be far from my 4cats who used to play with every things ;now i just need time and sun;i feel like a kid waiting christmas.

im just the pilot of my flying surf mobile;i ve just croos 4angels who make this chef d oeuvre ,amy smith ,melissa anna and leilani ;thanks for all :i hope to send you photos off a good surf day;

Untitled from Denis Henriques on Vimeo.

Posted by Paul Gross at 3:13 PM No comments:

From the French Coastline... 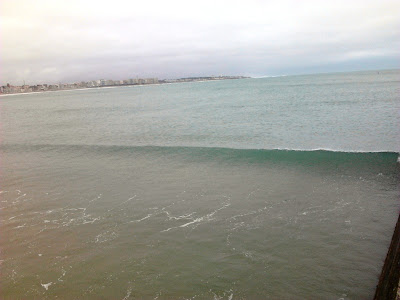 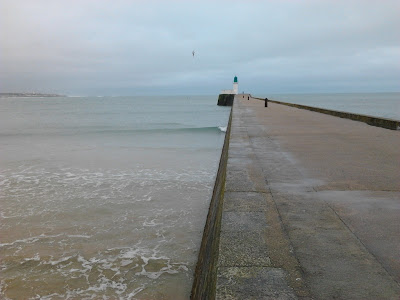 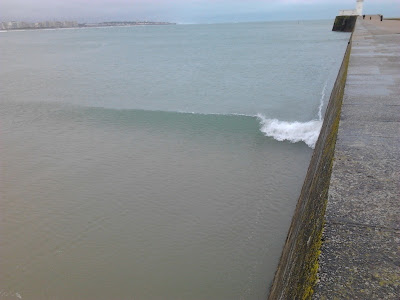 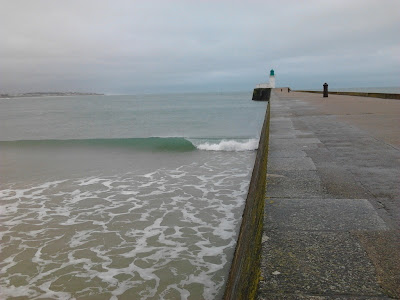 Last week, I told you about a small right peeling against a harbour jetty wall.
Well, this morning the swell picked up again sending a few lines to this well sheltered area of my hometown bay. I had a nice two hour session with my Standard at mid-tide, when the wave starts close to the little lighthouse and builds a nice rippable wall with an occasional cover-up.

The wave is really easy to catch as it comes with a little foam ball against the wall that picks the rider way before the wave starts to roll...so you can position yourself on the right spot and wait for the little tube to build-up. Even when it's 1-2ft a Standard mat will handle it and glide effortlessly, thanks to the "push" created by the jetty's wall, you just have to do little snappy cutbacks to get in proper wave spot. Really fun with a mat!! I've "rediscovered it", lately...

The pictures were taken after my session, when the tide was too high, making the waves smaller and powerless. But it was small...waist high in the good sets (knee high in the pictures) and as the jetty is about 10 ft. high, it flattens even more the waves in these pictures...but sometimes, we do get it way bigger. "Jetty high," I'd say...so these puppies can get really scary!!!