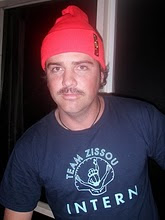 
I just published this on my blog, but I thought you might like it for Surfmatters. I'm falling more in love with my Fatty every time I ride it! Thank you you so much for keeping mat surfing available with good quality equipment!

Why I surf Prone

I have surfed for roughly twenty seven years. I started as a ten year old in Durban, South Africa, riding a five foot Spider Murphy shaped Safari twin-fin. I soon graduated to thrusters, since that was what everyone was riding. We had a 6'6 sinlge-fin pop-out sitting in the garage for years and one day I pulled it out because the surf was small but really clean. It felt like a mal to me, and I loved it. This was the day I realised the joy of playing around with different types of surf equipment.

Fast forward 26 years, I'm living in Australia now. I've been building and riding alaia's almost exclusively for nearly four years, although I still love my big nose rider and my 6'6 Bluebird single-fin. One day I grabbed a 6ft alaia, and a pair of flippers, and waded out into some clean 2ft ankle-snappers. There was a small crowd of local hot-shot shortboarders out, and I could feel the stares of derision as I kicked my way out into the line-up.

I stroked into a small wave, and woosh......I flew along the glassy face! Being prone, the water felt like it was inches from my chin, and the perspective was beautiful. It was like being disembodied, or like a gull gliding above the water. It also felt really.....symmetrical. Instead of standing and moving toward a preferred, or less preferred and awkward SIDE, I was almost flying, stretched out, and FORWARD in the true sense of the word.

I had ridden boogie boards as a kid, but they always felt slow and awkward to me. I couldn't figure out why people would lie down given the option of standing up? But it seemed I had missed something. Prone surfing has swallowed me up completely. I wouldn't say I've retired from standing up, but with the options of ply bellyboards, wooden and fiberglass paipo's, sufmats, handplanes, cubit boards and just plain bodysurfing, I just don't seem to have the urge or time to ride my old boards!

There is also a sense of stepping off the grid once you embrace prone surfing. The humility it takes to choose the less popular and less flashy surf-style is almost instantly rewarded by a plethora of new surf spots too small, too steep or too shallow for a finned stand up board. The amount of time spent in the barrel is multiplied tenfold, and your entire quiver can fit under the seat of your car! 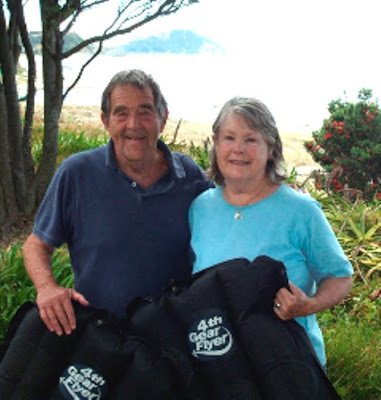 Mom Max says, "So fabulously fun! This is last year's photo. No one was clicking away at our rides this year!"
Posted by Paul Gross at 8:05 PM 4 comments: 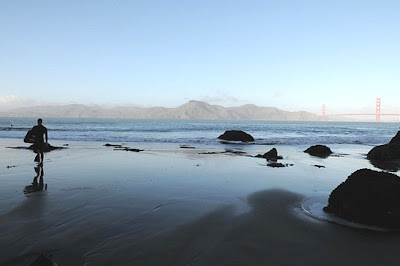 ...rides his bike to the coast for a mat surf mornings before work.
The location of this spot is a closely guarded secret. :) 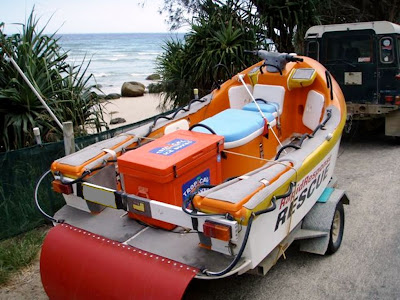 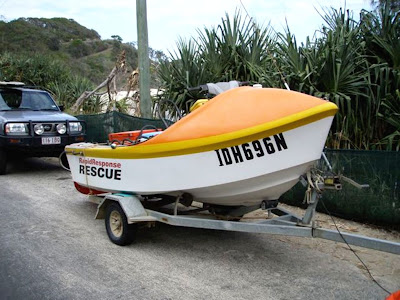 I shot these of George a couple of weeks ago down in Byron Bay. He had just pulled up in his Landrover and towing his rescue boat he designed.I thought you might like them for your blog. 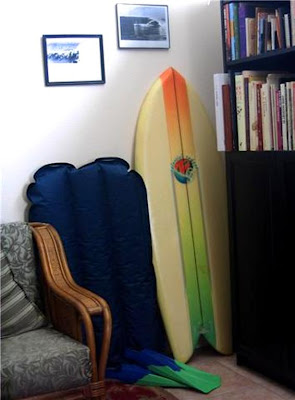 "I Know What You Did Last Sunday!" 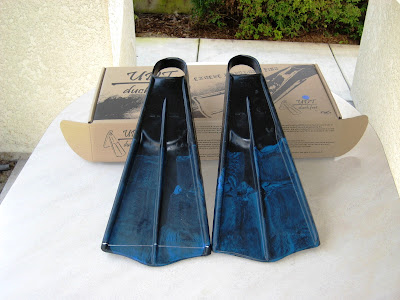 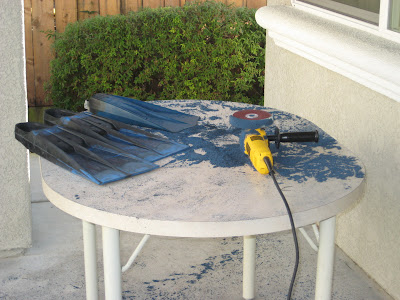 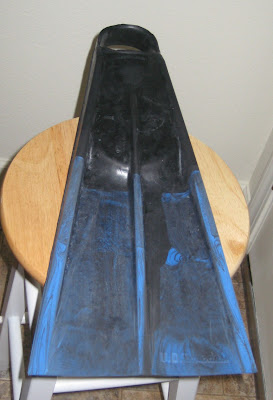 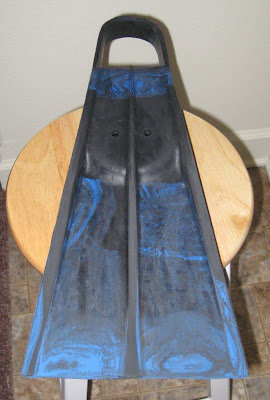 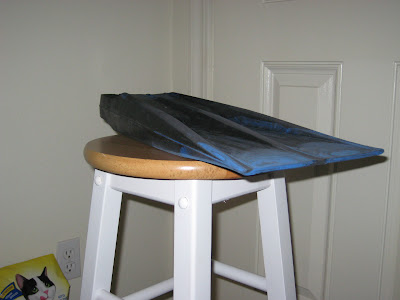 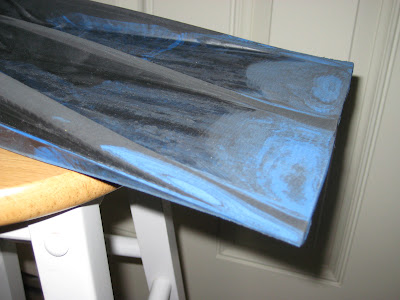 Deets would be rolling over in his grave if he was dead...which he isn't!

A new pair of UDT's, a grinder, and a 2 hour delay in the Daytona 500 yielded the above fins.
I took more off the bottom side than the top, so the somewhat taller ribs on the top would help stabilize the fins when down-kicking. The bend is the same as the old Duck Foot in photo #2, but a bit stiffer. I may loosen it up some more as time goes on.

The rubber in these fins is unreal. Very lively!

34.8 ounces per fin, finished. I forgot to weigh them before I started...

UPDATE:
Jamie just sent these shots of his current UDTs. Still a work in progress... 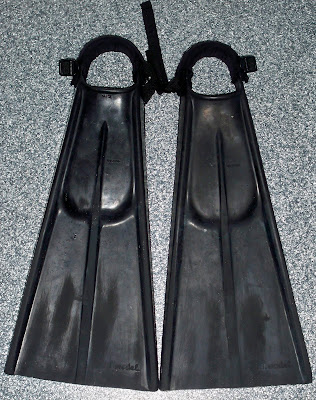 I will probably slowly whittle down the outer spines, and keep thinning the blade in the center, but left the outer spine length basically fully-intact. Stoked to see what you do with yours. 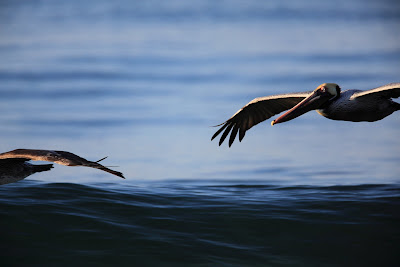 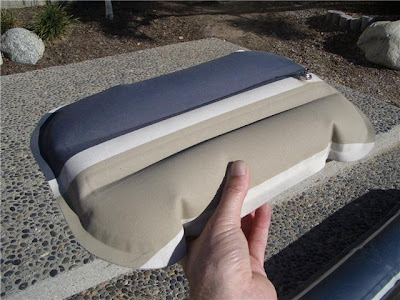 All the disturbing particulars are here...
(eMemo to JJ: "Charlie Sheen called. He wants his shirt back.")
Posted by Paul Gross at 8:59 AM 11 comments:

These Guys Are Having Too Much Fun... 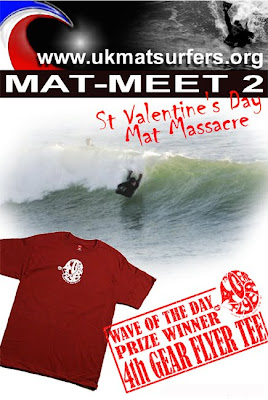 It would appear that Red is the appropriate color for the grand prize t-shirt!
Posted by Paul Gross at 7:59 AM 3 comments: 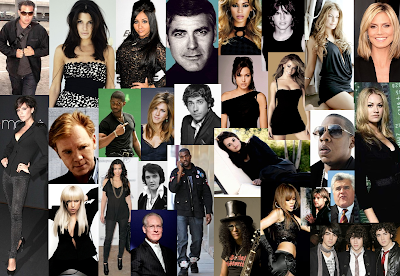 It only took a quick text between Pranaglider and his old chums Penelope Cruz and her sister Monica to start the ball rolling. Within minutes, the Cruz sisters fired up their respective twitter accounts, and alerted the best and brightest in the entertainment industry. The young, hot A-Listers all immediately donned black in show of support for JJ's lost Fatty! For the next 20 minutes, it was as if time stood still in the 80% tax bracket.
"What in the hell are you talking about?" one might ask. We'll let JJ take the story from here...

During one of our BIG West swells a few weeks ago, I went out to brave one of my local reef spots with the Fatty. It was big, as big as I've ever surfed the place...with maybe 4 or 5 other shortboards out too.

I was sitting in the line up....the previous night's winds left it really bumpy, with lots of side current to boot. I was waiting to pick one off when I heard guys hooting (and pointing) from the cliffs above. This giant set started coming in, and the horizon starts getting all lumpy.

"Oh shit!" I'm thinking to myself.

I hate being in that spot...too far out to paddle in, and vice verse. I started scratchin' outside for all I was worth, and only made it over one wave in this huge cleanup set. I was forced to ditch the mat, and free-dive under the second widow maker. I hardly made it to the bottom, and got sucked up and thrown back over.

What a beating! Probably one of my worst hold-downs ever...and I was just getting started!!! Wave after wave...it seemed like a treadmill! I wound up getting awfully close to the exposed portion of the reef, but struggled to keep away in time. It appeared that I wasn't alone floundering around either. There were a few loose boards.

Luckily, Pranaglider witnessed the whole thing from the cliff....and flew down in rescue mode. He found me gassed on the high shore, trying to find my breath. He also spotted (and then heroically recovered) my trusty Fatty, totally deflated in the rocks. We both concurred that it took a direct hit from the lip of that first set wave.

Upon examination, it took a horrific beating amongst the reef....with the blue side completely scuffed up. But here's the neat part. Once I got my wind back, I proceeded to inflate it again to check for major damage...and the thing's totally fine! The black/blue stuff is truly ballistic, take it from me. I wound up going back out, after a near-death experience. "Get back on that horse", they say. Got to!

Feels like I make subtle improvements every session. Now always low, chin on the front edge, relaxed, working out the leg control and fin drag, trying to induce drag only when absolutely necessary, otherwise just letting it fly.

Had a good run of surf last week and got a few sessions in powerful waves without having the crowd hassles. Mostly surfed outside Greenmount. Sat wide and deep of the guys behind the rocks at Snapper and pick off the bigger ones. One session in particular had some real power to the waves, swell was about 6' @ 16-18secs. Face heights about 8-10ft, slightly onshore and bumpy wind kept the crowds away.

Mostly rode the Standard. Well happy with its performance, it really has great traction and blinding speed when it let off the outside rail. Finally got it to hit the higher gears consistently, it had been a while since we've had surf with enough juice to make it jump.

On my last wave at Greeny, probably 500-600 yards offshore, I was sitting a bit too far INSIDE and just barely scratched over the first wave of the set. Instantly both calves and right hamstring locked, fully cramped. Second wave is bearing down, every bit of 10' face, maybe more. I'm too late and not quick enough with locked legs to get over it, so I turn and go as it breaks on my back. Make the 8ft drop, then the whitewater explodes and pushes me forward off the mat, flips me upside down, rips off one UDT and the mat is long gone. Got held down a good 30 seconds and slowly float to the top with legs still fully cramped. Dive under one more wave and Thank God the set is over and a lull hits.

Backstroke in a bit, find my black UDT floating in the soup, throw it on, both legs still cramped, backstroke nearly all the way into the beach. 15 minutes later I hit the inside and bodysurf a couple to the sand, legs finally feeling better. The mat had washed up just on the south side of Kirra's big groyne, someone had wisely dragged it up the beach and left it in the soft sand for me. Bless them.

Called it a day and left with all my gear, no worse for wear and a huge smile from a GREAT session! yew.

Hope you and Gloria are well, and getting some well-deserved waves in an epic el-nino winter
Jamie
Posted by Paul Gross at 6:38 PM 1 comment: 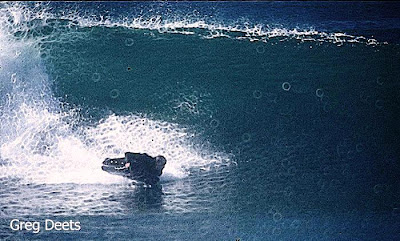 ...has just asked me to pass along this message: If you're waiting for a pair of UDT's, please e-mail him. He's had some computer issues, and lost a lot of his e-mails. 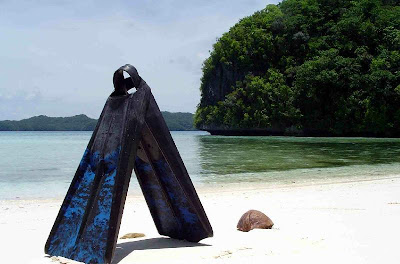 Posted by Paul Gross at 8:06 AM No comments: 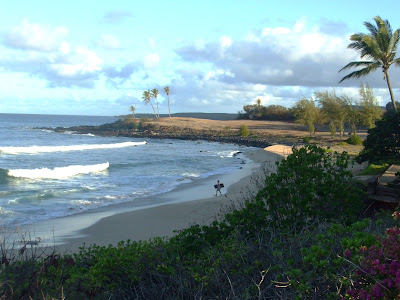 ...on an island in the Pacific which dare not speak its name! (Neil, riding with in the white hat, is enjoying only his second go out ever!!!)

Here and/or Here!
(While you're there, check out "JAMagicFilms" other vids...some neat stuff!)
Posted by Paul Gross at 1:27 AM 4 comments: 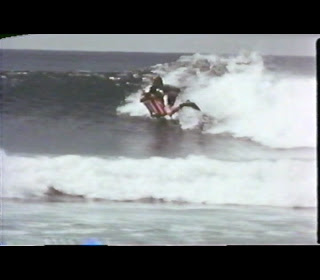 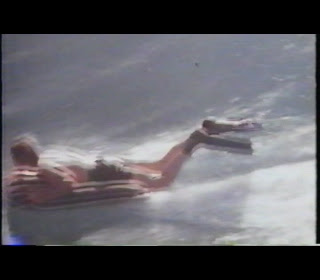 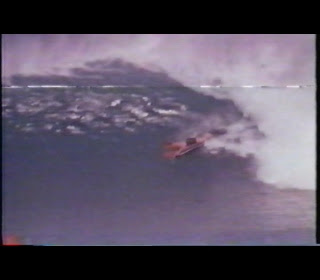