Another One From Lloyd

Second surf on the air mat at urbansurf Melbourne on Wed night - advanced mode - 30kph onshore winds so not ideal but still lots of fun and more powered up than intermediate mode - again the oldest in the water by at least 15 years. As we entered the the water an ace surfer stepped up indicated towards me and said to everyone " respect your elders, let the guy on the mat lead us out and get the first wave - we follow him" Thanks for that! The facilities and staff are fantastic also, Andrew Ross is creating a great venue and the fact one has to book a few weeks in advance is testimony to this. Thanks to Matt Blackwood for the video.

hh
Posted by Paul Gross at 6:29 AM No comments: 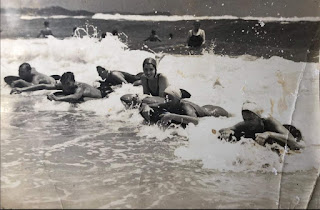 Kirra in the 1940s, with surfers riding the surf-o-planes they've hired from my Mum and Dad. As a little kid dad would send me to swim out to any people that had exceeded their hire time, to tell them they must come in. Courtesy of Toni Cameron. 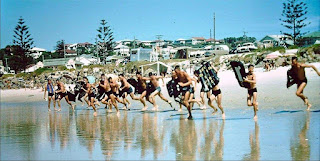 1957 Surf O' plane championship that was then sponsored by Johnny Charlton who ran the kiosk. Courtesy Kirra Surf life Saving Club 100 Years
Posted by Paul Gross at 12:29 PM No comments:

How are you man!? Haven’t spoken in a minute, just wanted to check in and send you this video of myself and Harry Bryant out at rock piles. Hope you dig it! It was for sure the biggest surf I’ve ever ridden a mat on. 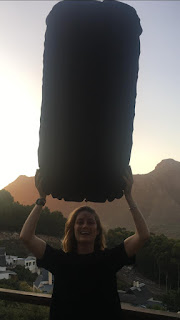 Will take it into the Atlantic tomorrow!!!!

And of course... will be in touch :)
Cristina
Posted by Paul Gross at 4:47 PM No comments: 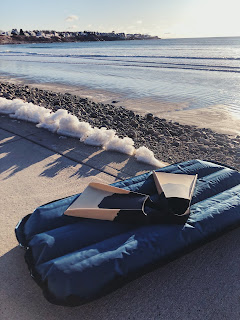 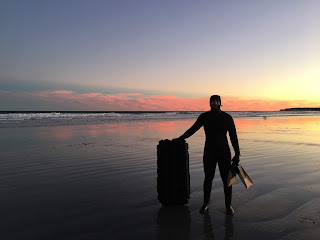 Here's two shots from my recent riding!
Cheers,
Jon
Posted by Paul Gross at 5:08 AM No comments: 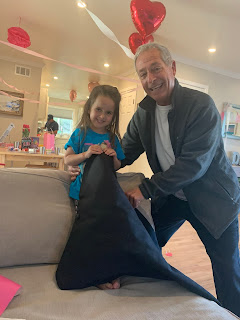 As you can see by the picture Kaylee loves her surf mat!! She actually squealed when she opened it!  Thank you so much for helping her grandpa make her birthday such a happy one!  AND for making sure it arrived on time!!  When the time comes, and all three grandkids are on them at the Point I will send another picture (might be awhile!)
The kids are loving these mats so much!  And Kaylee, not much of a swimmer yet, felt so confident using her brother’s in Hawaii. I’m sure it’s going to be a fun summer!
Thank you and all the best to you!
Laurie
Posted by Paul Gross at 2:59 AM No comments: 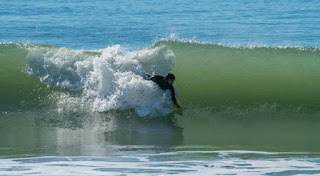 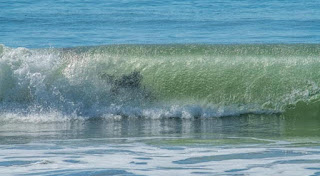 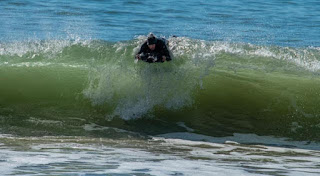 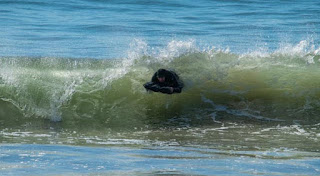 Howdy,
Saw these on Edhat this morning. Some fun photos, especially of the body surfing.
How about these for yet another non-advertisement for matting?

Really fun day, beautiful and warm, spent with Capt'n Thom, down at Mat Disneyland (where the rides are exciting but the queues are long)! With Steiny out it was a Momentary Mat Meetup :) No pics but Thom took this snippet of a video. Doesn't it look delectable?

Thanks as always for creating- what did Rob call them? Vehicles of Joy.... :)

Jonathan
Posted by Paul Gross at 8:13 PM No comments: 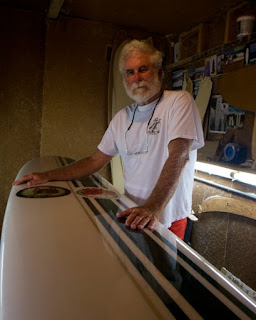