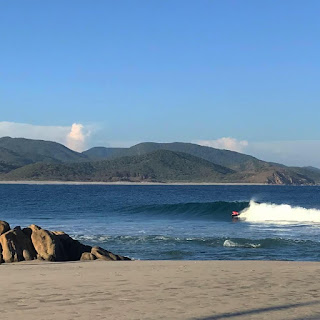 I hope you are well. Here is a vid of me getting a little tube in the winter at Rockaway Beach, and a pic at a fun point in Central America. Thanks for making radical toys! 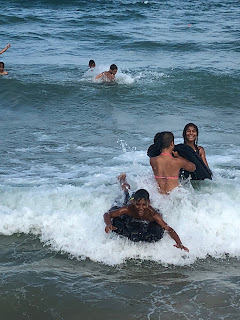 I would like to share with you that, after all these years, a new generation of kids from the orphanage in Roman, Bulgaria are having a blast with the surf mats that you donated! Thanks again!
Cheers! Blessings!
Mark Stadler
Posted by Paul Gross at 10:38 PM No comments: 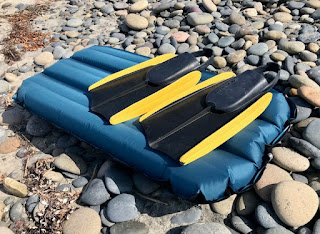 I know some consider mat surfers to be a lower life form.... who cares?  Not me. I am proud to be part of a fiercely committed and addicted crew of those who have discovered the pure joy of riding a surf mat. Thank you for keeping us stoked.
Having a blast on my Fatty, and look forward to picking up the Tracker next weekend at Mitch's. 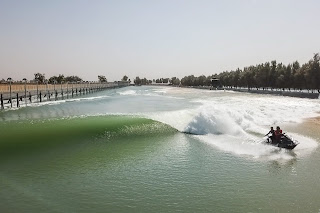 Nolan Hall -- who is obviously well-connected in the surfing world -- got a chance to surf the artificial wave in Lemoore, CA over the weekend. Nolan's a mat rider, so naturally I was curious how a mat would go in that kind of wave. (Frankly, I'm skeptical due to the odd energy disbursement of the wave. This video shows the odd currents going up the face...)

As it turns out, he got skunked!  Details here...

The lifeguard dudes that work it said someone rode a mat there once and slid into a big pipe on the side of the wave. So they haven’t let people ride em since that.

There was also 4 people in my group, and we only got to surf it for an hour. So it was tough to get in to swap out gear without losing waves. I think we might get to go out for a whole day towards the end of the year. I wanna try it on a mat, tho.

The wave is super tricky, it’s pretty flat, and then when it barrels, it goes mega fast. But hopefully by the time we get to go for the whole day, I can kick into one!

I don’t know who the other mat rider was, but it seems like they weren’t smart enough to bail their mat. It’s hard to explain the set up of the wave pool. But they must have gotten caught behind the whitewash, and then blasted up on the the side bank, and just kept holding on, and slide into the poll. I don’t know why they wouldn’t have just let go of the mat. It’s strange

I passed along this report to a number of our good friends, and this is what they said...

Hmmmmm....so the person who hit the pipe ruined it for everyone who rides a mat? If the waiver is signed, and money is exchanged, what’s the big deal? I feel it comes down to knowledge of the craft your riding, and your ability, no different than riding a board. Fins must be used on a wave like that! UDT’s would be my choice for getting in early and sticking my stalls and turns. There are lots of standup surfers who ride mats as a second craft, and I feel mats take at least as much (I feel more) wave knowledge and dedication to ride competently in big surf. It does look like a really technical wave, and it’s hard to tell how long the sections are when watching it on TV.

I would love to "slide into a big pipe on the side of the wave".  Remember the other Ranch had pipes.  It had walls. Now it has lawyers and Producers.  Maybe they can buy Kelly's Surf Ranch, and leave us the old waves.

Sliding into a big pipe doesn’t sound so bad… ;)

Howzit? Could that report be another symptom of the whole world going mad? I want to teleport back to 1972 when a $40 board, a $5 bike and bare feet was more than enough to be fully satisfied. (At least I'm still taking the bus or hitch hiking.)
Have A Happy Day, Pahl Dixon

I saw some bodysurf footage that was good too.
I think on "soft" mode it would be doable on mat.
Steiny

I’m sure the mats would keep up once the gears were shifted.  Sometimes you get hammered when it barrels right off the bat.  If you got your initial turn in, I think you’d make it.  I’d love to give it a try.

What stops you from just telling lifeguards to fuck off?

Doesn't motivate me too want to do it though. But, if they keep wannabe Slaters out of my way then I'm happy 😂

SURF MATTS: super fast.  "slid into a big pipe on the side of the wave." rad

It makes me feel better if we don't call the pools "surfing," rather a ''surfing-like product.''


Big imagination here. ‘Haunted by the “vision” of "someone rode a mat there once and slid into a big pipe on the side of the wave.”
Nolan’s description of the wave is very interesting. Possibly more accurate than many have written.
We love and dream of natural waves. While this concept is certainly fascinating, I’d rather paddle out into the wild, free ocean to surf than ride in a wave pool.

To Cher's point, about the various descriptions of this "wave," here's a good perspective from Nick Carroll... 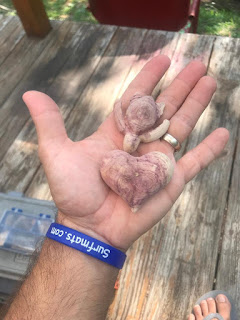 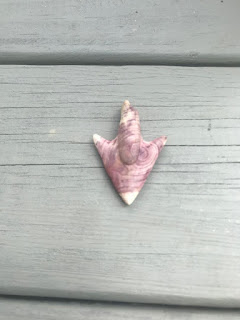 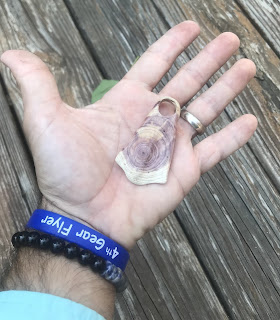 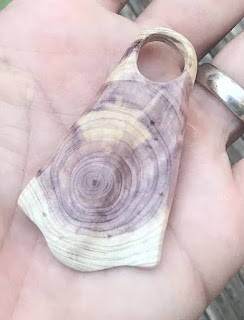 Our own Rob Pollard, landlocked some 500 miles from the ocean, has replaced carving turns on his mat with carving wood.

I spend my days, in meditation, art, and working out mostly.

I’ve been reading a ton of self help books :). I am Striving to Become more Conscious. I’ve Learned so much just this month and I’m Striving to Implement what I’ve Learned. For me all Spirituality has something to give, but in everything I’ve read, it all leads back to Living in the Present Moment. That’s why mat surfing Helped me to Awaken Spirituality. It shuts off the tool between my ears, and forces me to be in the Present Moment! It’s a work in progress, but I Feel the work will be well worth the Effort!
I’m really enjoying wood carving...including a swim fin!
I got bite by a spider and a tick, so I haven’t been swimming in a week or so.
RP
Posted by Paul Gross at 8:27 PM No comments:

"One guy took surfing to another level of cool after beachgoers spotted him catching a huge wave on an inflatable mattress in California.

In a video, the man is seen paddling in the water on the mattress at Newport Beach as a massive wave approaches.

'Oh my goodness,' one beachgoer is heard in the video shouting."
Posted by Paul Gross at 5:32 AM No comments: 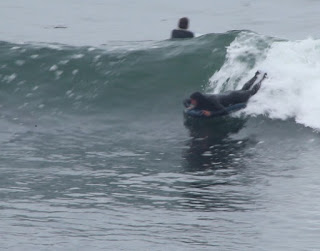 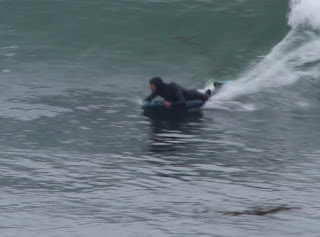 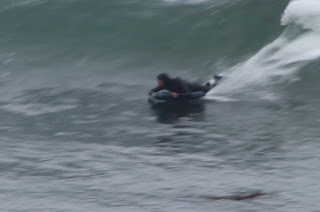 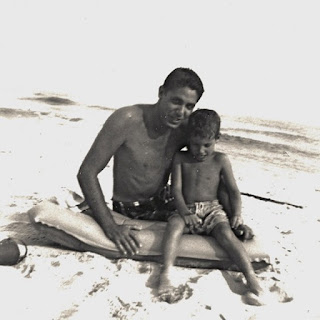 Hi Paul, hoping all is well.
I still read your blog daily and my second standard is still going strong.  Its always my go to mat.
This is my friend Bobbi’s Dad from Atlantic city.
Please feel free to publish this photo.  I’m sure she won’t mind.
Rich Hartman
Posted by Paul Gross at 6:01 PM No comments:


Memo to SCUMM GoPro bros: This is how it's done!

From The Real MJ 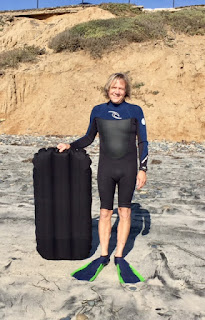 I bought a Fatty from you last September right before my shoulder replacement surgery so I'd have something to ride until my shoulder healed enough to get back on my longboard.

Well..... the shoulder is all healed, but like others who've discovered what you and Greenough have known for eons, I have fallen hopelessly convicted and addicted to surf matting. I LOVE THE FEELING IT GIVES ME WHILE RIDING A WAVE!

Thank you Paul, and I hope your new heart valve is working perfectly! 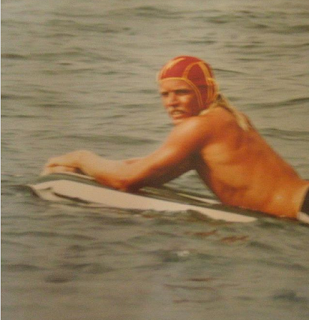 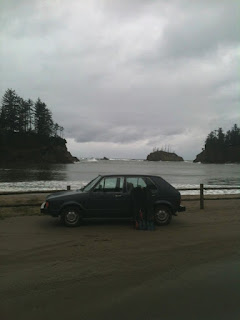 It's 1981 rabbit diesel. It gets up to 50 mpg and burns used cooking oil and bio diesel. The mat is the first UDT you made for me nine years ago... and the one I'm still riding. The new one you made for me a few years ago to replace it, is now Polly's.

Hope all is well mate and you are up and running on all cylinders!

Its been 12 months since our good friend Eric lost his battle with cancer , and I would like to share this wonderful video that his son in law Jason had put together from the paddle out & renewing his wedding vows to Faye.

Jason is a professional photographer and his business Cole Studios specialize in weddings and other social events, so I always new that this video was going to be of a high standard. On the day of the paddle out he approached me to speak on behalf of the family , reassuring me that Eric's instructions were that, 'waka' had it covered, and so I think he did a fantastic job with the final edit, blending all the vision, words and love into one.

We are all ( SCUMM ) going for a surf this morning and will catch a few in his memory. 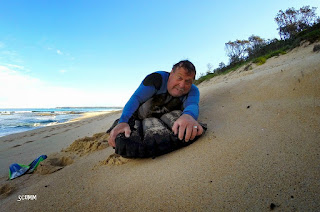 Posted by Paul Gross at 1:33 PM No comments: 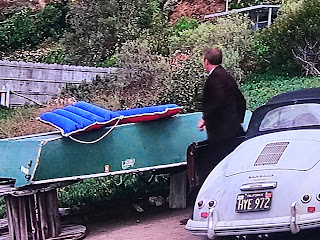 A few days ago we watched the 1966 movie ‘Harper’ with Paul Newman and Lauren Bacall filmed after a Ross Mcdonald novel.

Lots of great period footage of Los Angeles, Malibu and PCH and a surf mat cameo!

Much love and healing,

From A Real Matter 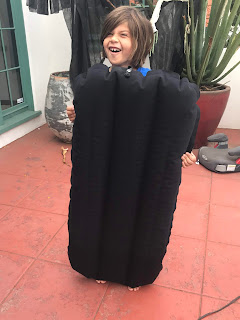 In a stunning turn of events, I gave away a mat today to a little boy. His mom, who had him in the shorebreak on a board and a boogie board, asked if she could put him on my mat, saying she remembered riding them when she was little. She also mentioned the boogie board had hit him in the gut. So she wanted to let him try the mat.

The time was right. They were nice people. It just seemed like the thing to do. When they came to the parking lot. I grabbed my old Omni and walked it over to him. His mom was shocked and offered to pay me for it. I declined and said I was just passing on the stoke. 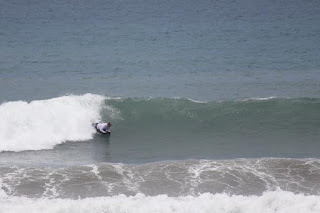 I just ordered my 3rd UDT from you.  I had a stock one that was stolen a month ago and I now ride a custom round tail you made me last spring.  I preach your virtues every time I ride.
I included a shot from mainland Mexico just to show I ride them!!

I believe Marc Andreini posted this shot on his instagram account.
TroyM
Posted by Paul Gross at 1:04 PM No comments: 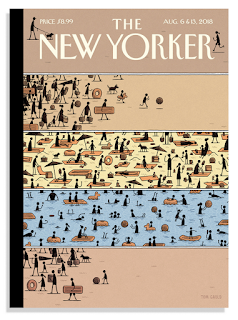 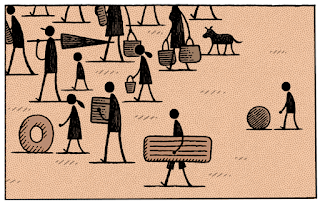 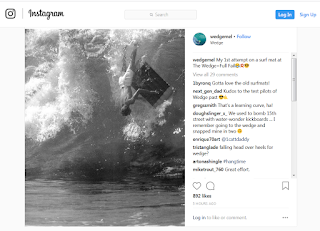