I ran across this current New Zealand band, Tiny Ruins. The first line of the song is "On a lilo..." then it becomes irrelevant (or Hemmingwayesque, snort...).

It does have a wee surfy vibe though.

Hope you two are well!

We have an new ''distillation'' of Surfmatters for you to enjoy...now up at:

Points me to appreciate my best matting moments and value the deepest core of surfmat philosophy.

I've been meaning to write for Surfmatters on this topic for a while. You know that trope that mat surfers always have a huge grin on their faces (you should, since you invented it)? Well, it's true as we all know, we've indeed the anointed ones (heh heh), but I firmly believe that it's a sheepish grin because we're constantly subject to humiliating goofs due to the freaky "living" qualities of a mat, humiliating because most of the time they happen in front of our highly judgmental surfboard riding companions, all too ready to fold us to the bottom of the priority deck (beyond simply being on a mat in the first place).

I'd love to share a couple of personal highs masquerading as cretinous lows, illustrated by carefully-rendered illustrations. There's no point in trying to deconstruct how they happened. There was no lead up, the mat did it, not me! 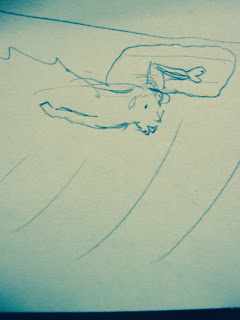 Picture #1, "Sidesaddle", a wave where I slipped off the side of the mat, and bodysurfed the wave with my arm around the mat, effectively an inflatable outrigger. Or maybe more accurately like a drinking buddy, staggering out of the bar. If I remember it was a pretty good ride. 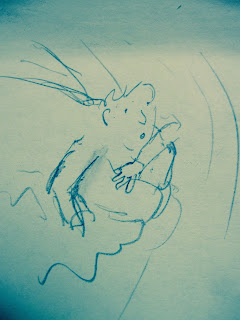 Picture #2, "Flip", was really weird. In a moment of flailing chaos, the mat dug a rail and turned completely upside down, in a clunky three-part movement. Somehow I kept going, riding the blue bottom side up. I can report that the traction was actually pretty decent. 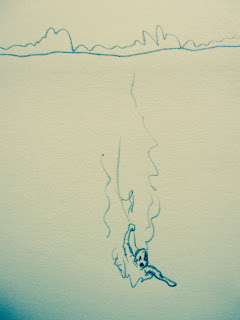 Picture #3, "YeeeHaw!" ,wasn't on the mat, but it sure was... a situation. I was out with just one other guy (a wizened kneeboarder) at a B-grade spot just up the coast from an A-grade spot. Steiny's turf. Big south swell, easy double overhead. The wave was mushy and peeling, but it was STILL quite big and powerful, a senile elephant. I'd just gotten out and was making conversation with the other kneeboarder, two old salts at ease in the big stuff. Then a huge set came. We both took it on the head. He made it under. This old salt had that damned mat ripped out from his death grip! No problem, I relaxed, and started the long swim. In fact, as a new set approached, I casually set up to body surf the next wave, a big, glassy wall. A BIG wall. Jesus! I realized it was by far the biggest wave I had ever tried to body surf, as I got sucked up the face, and started to plane.... The whitewater explosion was huge, but some angel was looking after this fool and I was rocketed forward, feeling the power, adrenaline squirting, the whole time thinking what a fucking idiot I was and just how much more I had bitten off than I could chew!


Each time I had that shit-eating grin. Please let this be a clarification of that expression that all mat riders wear.

Thanks a lot, buddy! 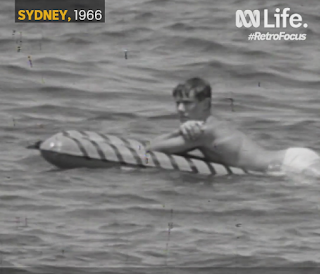 Frank
Posted by Paul Gross at 9:51 PM No comments:

Hi Paul thought you would enjoy this one -

As a mat rider you get more than a few WTF looks in the lineup - and a few comments like "Oh dad an mum had one of those in the 1970s",  but as the oldest in the line up by about 10-15 years the looks become even more perplexed. Then when you stage the same thing at the Urbansurf  Park in Melbourne, the looks intensify even more. Is this old fart for real?

17 Jan 2020 (today) the first time a mat had been used at the park which opened 6th Jan 2020 and it was a real buzz to pull it off on my 68th Bday. Fantastic to have a 4th gear flyer to ride.The great thing about the Surf Park is along the wall where the waves are produced is a current that pulls one straight out to the line up, wait your turn and presto the wave is yours. Its a great little mat wave that breaks over a shallow concrete bottom. It is not the ocean, but once you are on a wave that fact quickly dissolves. Next time I will try it at a more intense setting and time it for an offshore wind.
Andrew Ross the creator of this dream has done a great job.

Then after the surf I get back to the studio and Silvi Glattauer has another voucher for the surf park as a BD gift - How good is that - Great surfing with Matt Blackwood my surf buddy at the park and also to the team at Urban surf - very impressed - this is a sensational venue, staff are friendly and helpful.
Thanks Paul  - the mat is still powering along  and I will be back to the Wave Park SOON! 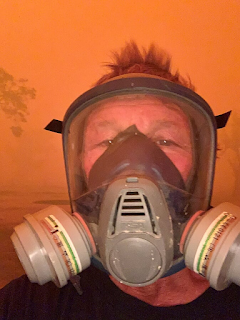 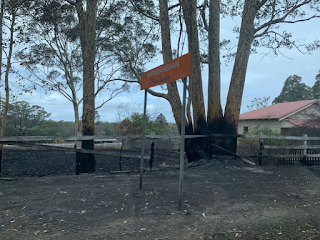 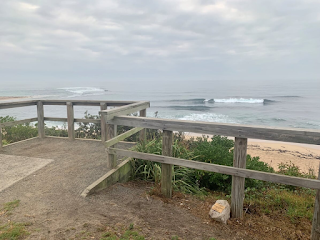 Well, we have survived a few close calls over here the past few weeks and the cleanup continues for us here on the NSW South Coast , the water is just filthy with blacken leaves and ash with the air quality varying daily from putrid smoke ridden to partial clean sort of breathable air , but not complaining  too much as some communities south of us have been wiped out altogether and only just having power and other essential services restored , lots to be done in the coming 12 months!
Stay Safe
Neal has been helping out heaps with the use of his buggy to run supplies along the beach to stranded communities and now is helping with food stations for the native wildlife. 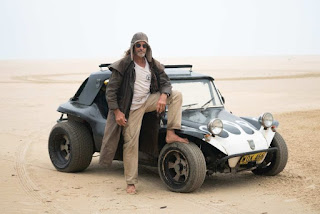 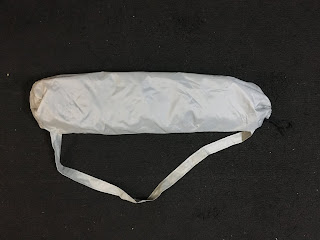 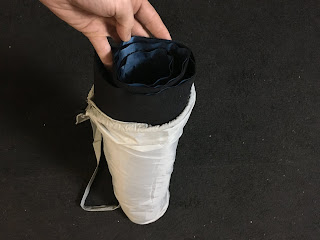 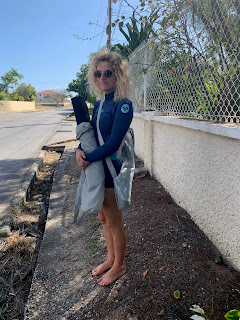 Regi made some custom bags...lightweight and durable! If anyone in the matting community is interested in one, they can contact her at "masiyellough at gmail dot com."

We're in San Clemente, CA. She would be happy to make them for $30 + shipping. Just send her an email. She can do custom colors and patterns specifically made for protecting and carrying the 4GFs. 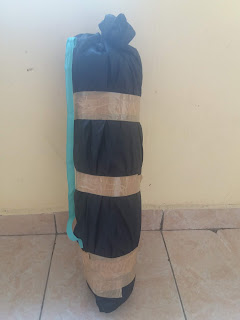 Bag with shoulder carry strap...4 Mats assorted models wrapped in a towel and taped..approx weight 4 kgs..purrrfect for travel and all good as on board luggage...

2 bags obtained from K Mart camping section...used for beach umbrella carry covers but some customers leave them in store..i got these 2 for nothing from one of the sales staff..used twice so far on overseas trips...

Worth checking the camping section for any excess or left over ones..😎

Posted by Paul Gross at 3:11 PM No comments: 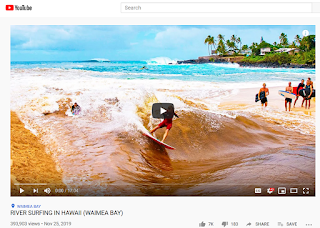 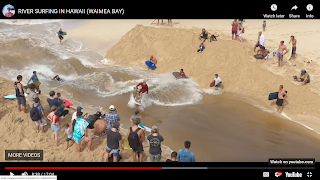 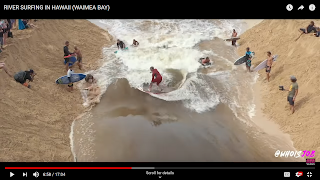 One of the ubiquitous Jamie O'Brien videos captures a 4GF rider at the Waimea river...but only for a brief flash or two. Any ID of the mat rider???
Posted by Paul Gross at 5:09 PM No comments: 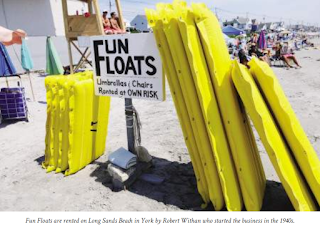