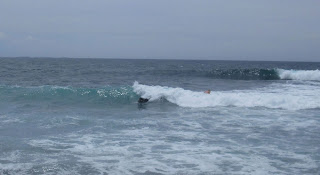 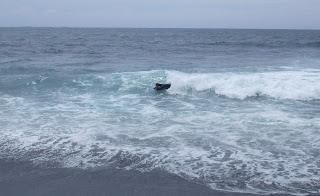 We all have those great days, with sunny, offshore, pumping waves that we cherish.
BUT what about those ordinary days, where it's just a matter of "Getting Wet"?

I had one of those today. So I took my old faithfull "Vespa Roundtail" out at a local reef.
OK it was a bit onshore, but the sets had some push in them & in these conditions a "matman" can still have FUN.

Then 4 people saw me & decided I should not be allowed to have all the waves to myself...Hahahaha.

Posted by Paul Gross at 7:54 AM No comments: 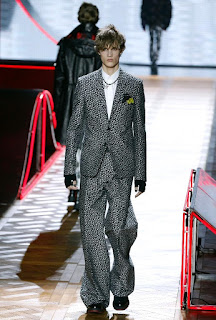 And that's skateboarders' ... as in plural possessive, as if there are a cadre of millionaire skateboarders out there, looking for a new fashion direction.

Posted by Paul Gross at 3:33 PM No comments: 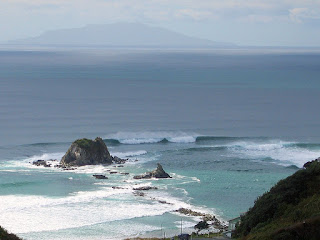 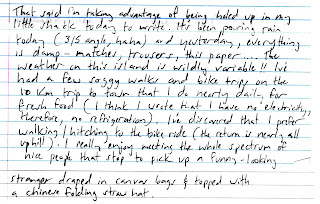 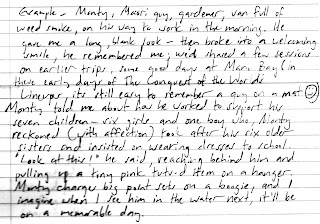 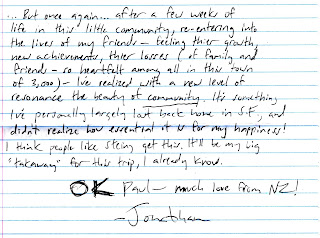 The Netherlands: In The House ... 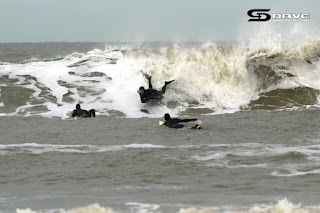 A good start of 2016!
Some nice winter swell in the Netherlands last week.
Went out on the Standard.


Hi Paul —
Hello from Santa Cruz! Me and the Vespa have been getting along splendidly. Its an incredibly fun mat in small waves, but has been amazing in the bigger stuff we’ve been getting the past few weeks. Steiny and I had been out I think almost a week and a half straight on mats exclusively over the holidays (although I did give some time to a new paipo a friend made for me — a picture is below if you’re interested in taking a gander!)
I’m working on a film project with friends up here, and put together a quick little edit of Steiny getting some fun ones on his mat, hope you enjoy!
Suffice to say, I am smitten with mats — was a bit of a hull fanatic before, but they’ve taken a backseat to the prone craft. The ‘illusion of speed’ is simply great. Not many guys my age out there, so it’s also great to have guys like Steiny around who are happy impart their wisdom with the younger generation!
Thanks again for all that you do!
Sam 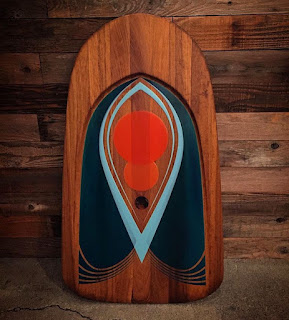 You can go ahead and post the new video.

Aaron had a good cut line: "A quick and dirty video about slow and dirty waves."

About the video Dirk made of Poles yesterday. Dirk and I had been
planning to do a Poles video ever since we did the big day at Campus one
last year. Last year I rode the Lotus and was totally underpowered on
the receding mushy walls, despite the waves being triple overhead off
the top of the point. But I like a challenge so I told Dirk that I would
figure out how to ride my new Polara at poles. Our opportunity to
pull this off was yesterday and the waves were decently shaped and from
waist to shoulder high. I spent the last 3 days at grinding Sandbar and
before that riding hammering Rincon and before that charging big beach
break. Needless to say, I was already tired and not ready for the
softness of the wave at Poles.

My first ride was with the Polara at my normal air pressure (15
degree gap when folded over). I could barely catch the wave and the mat
wouldn't let loose. I let some air out and the second wave went a little
better and I managed to side slide for a short distance. I let a bunch
of air out so the mat was soft when flopped over 180 degrees and that
made all the difference. On the third wave, I did a 50 yard side slip
and had no problem getting on plane. After that, I rode a variety of
waves and found that the lined-up inside ones were better that then
shouldery set waves. About half way through the video I rode a wave on
my back (the wave where I never get out of the soup).

What you can't see in the video is all the stoke from the other surfers
both in the water and on the beach. They were excited to see a surf mat
having a good time out there. A few people mentioned they would like to
give a mat a try. Some of the old timers reminisced about learning to
ride waves on mats during their childhood and indicated a desire to ride
a mat again. Compared to the hype and intensity of the crowd at Sandbar,
this was a much more enjoyable atmosphere to surf in!

I promised Dirk that we will make another Poles video in the future and
I will ride the UDT. The UDT is ultimate weapon for waves like this.

Cheers Lloyd
Posted by Paul Gross at 1:45 PM No comments:


Matt D forwarded this classic clip from Pacific Vibrations. There's some smoking hot mat riding going off at 1:55.  It's amazing how many mat riders can fit in a small space and still have fun!