What about a surf magazine that published photos of waves you actually would want to ride??? 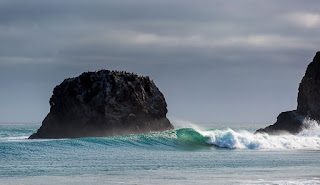 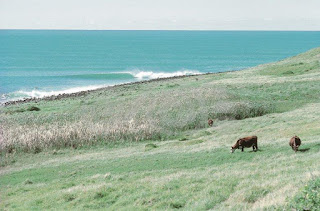 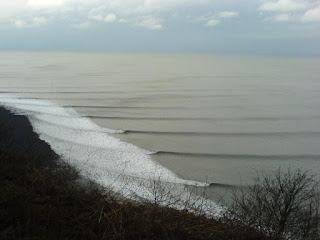 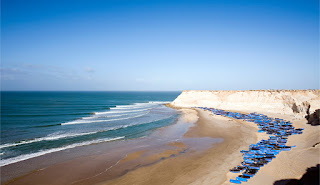 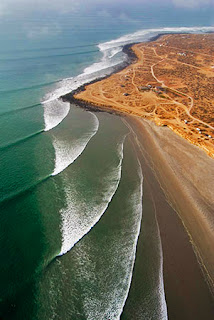 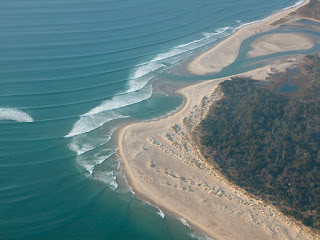 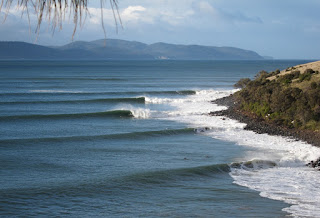 As opposed to this... 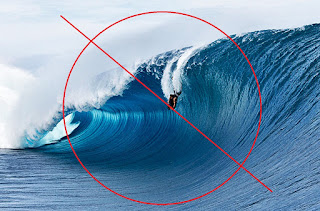 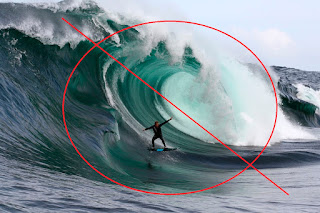 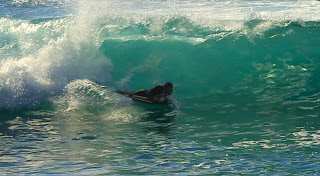 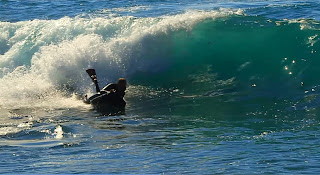 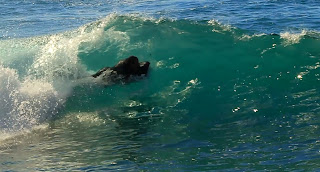 took my tracker round tail out  today and got some great waves.
even pulled a nice el rollo /barrel roll

these are video grabs from chad stickneys video

Posted by Paul Gross at 8:56 PM No comments: 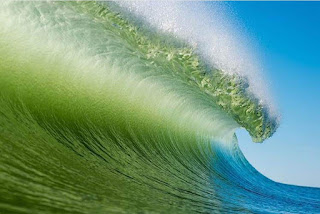 Woke up this morning to a jump in size and a little offshore wind. Took the Lotus out as it was head high, hollow fast and wedging. Surfed from 6:30-8am and had to dash off to work.

The Lotus is a sure thing in those conditions!

Jamie
Posted by Paul Gross at 10:37 AM No comments:


We all know that Michael Collins was a super cool, mat surfing Dad.... 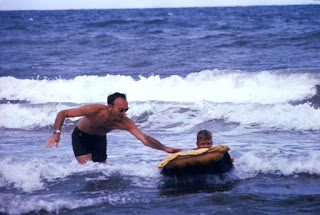 But did you know...he was an astronaut too? 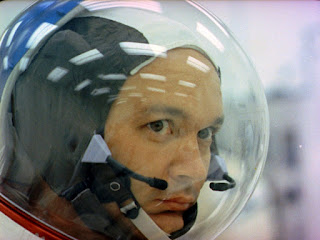 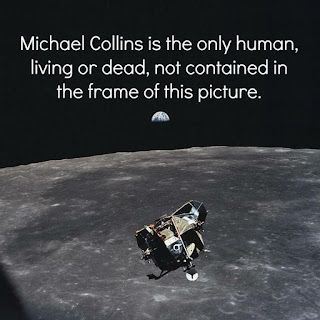 Jethro Tull even recorded a tune about his experiences in space... 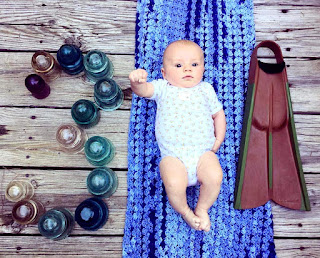 The basic rule of thumb: You can start mat surfing when you're taller than your swim fins...


Jamie
Posted by Paul Gross at 4:09 PM No comments: 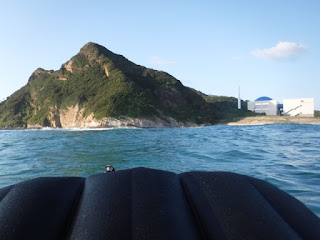 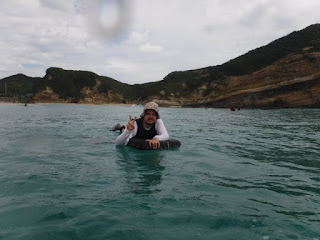 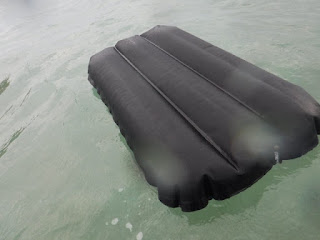 Thank you so much for the great mat! I’m currently surfing in Tanegashima, Japan.
Here are a few snaps!
Best regards
Philippe
Posted by Paul Gross at 6:51 AM No comments:

From The Jungles Of Costa Rica ... 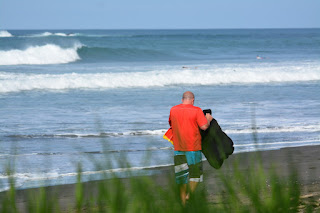 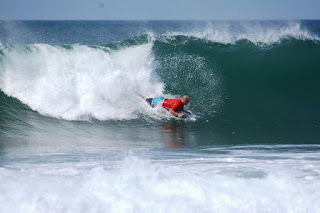 Chuck
Posted by Paul Gross at 2:40 PM No comments: 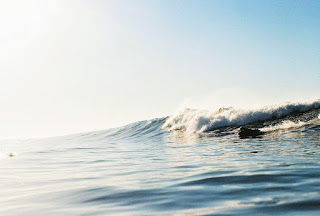 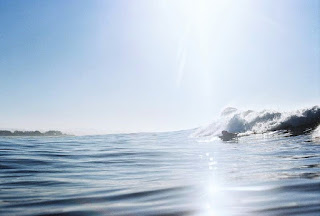 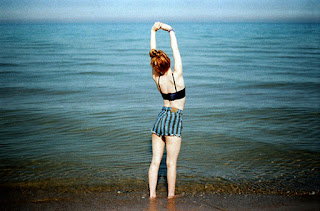 Haven't seen much surf up this way all summer.

Today the swell picked up. I went to north reef and it was going off. I pulled up during a set that must have had 100 waves in it. The reef was doing its thing with waves breaking all the way to the sand. I made 2 phone calls and suited up, with waves coming in non stop.  I walked down the trail and out on the sand while watching countless waves coming in. I put on my suit and inflated my mat, then entered the water with the same set of waves still pouring in. I got clobbered in the beach pound but finally punched through. Waves were still coming in as I made my way to the outside. I got closer and closer to the takeoff zone and all I could see was waves stacked to eternity.

As I was just about to the lineup spot I had to go over one more wave, then I would be in position to flip around and go on the next one. To my surprise, the set ended and there was no next one. No problem, I will catch my breath and get ready for the next set.

Well, I sat for 2 hours and nothing came in. It was as flat as a lake. I eventually ran out of time and paddled in. Oh well!

Aaron
Posted by Paul Gross at 10:22 PM No comments: 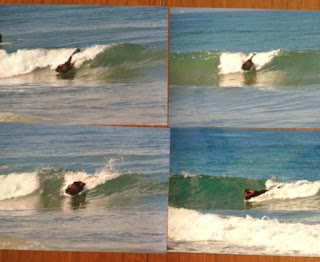 I was handed a bunch of pictures when I got to the beach today.

SS
Posted by Paul Gross at 5:40 PM No comments: 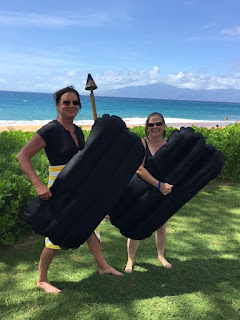 Posted by Paul Gross at 7:46 PM No comments:

I know this is REALLY pushing "mat" content, but this headline at least caught my eye!

I hope all is well with you. I've got another work/play trip coming to Raglan (for six months starting in late November), and am looking forward to the fun surf. Also going to bring a Liddle, which I haven't really had a chance to surf frontside in good point surf, so that will be neat.

If you still have them, I'd love to bring some of those wristbands to hand out -- always get a lot of interest there on the "lilo". 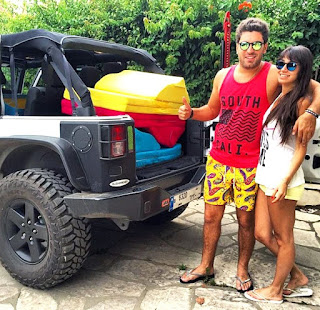 “I designed something that could solve the problems I face when I go to the beach: My phone runs out of battery, water warms up in bottles, I can’t relax because mattresses cause back pain,” the 23-year-old inventor Antoine Sayah said. 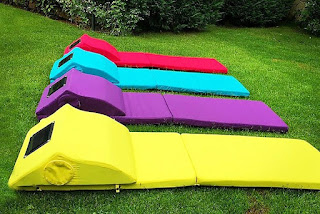