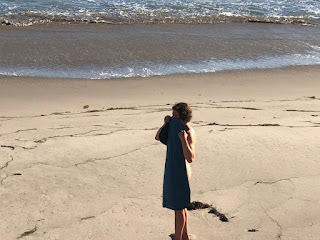 I picked up an XL from a friend and it was the best purchase of 2021!

So far she has been both to the Channel Islands and Canary Islands. Next stop the South Pacific in 2022.

No suit required when your back pack into the wave.
Best,
Stoddy
Posted by Paul Gross at 10:45 PM 5 comments:

Some Thoughts On Tom Morey 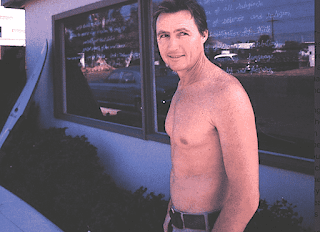 This is my shot of Tom in front of the original Boogie build shop, right after it opened.

Back in high school, I worked for WAVE Corp. in Ventura. This was after Tom Morey had left the Morey Pope and WAVE, and moved to Kauai...so I didn't know him back then.

When I moved to San Diego to go to college in the early 70's, I got a job at Gordon and Smith grinding fins. Tom had just returned to the mainland with his new wife Marchia, and they were living in the north county. He came to work with Larry Gordon, and together they did the Waterskate. Tom and Larry also toyed with the idea of making and marketing the Boogie, which was Tom's primary passion but on Larry's back burner. They made a solid foam and glass plug for the Boogie, and hoped to mold it in ethafoam. At first it was finless, then somebody glassed a set of twin fins on it to make it more ridable.
I surfed the solid prototype after it had fins. It had a wide tail with deep, flared-out concaves. Hard as hell to ride. 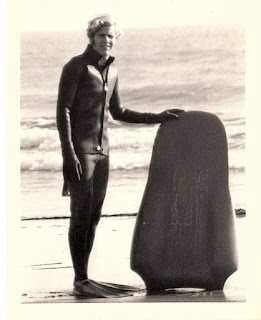 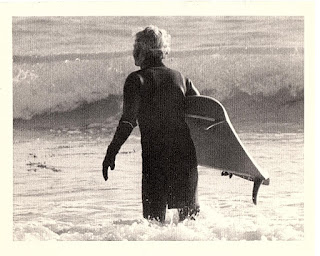 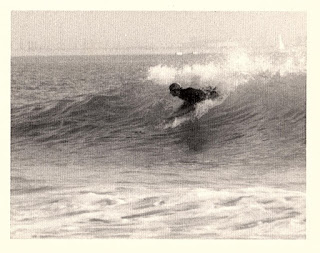 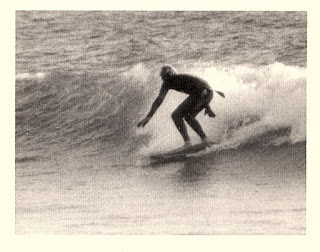 The Waterskate never really caught on -- high volume boards weren't in vogue back then -- but the surfers who rode them loved them.
Skip Frye on a Waterskate... 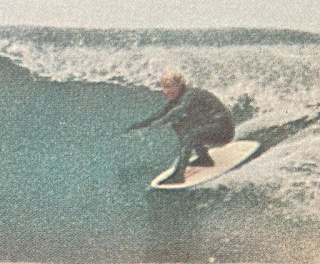 Tom left G&S and began to develop the Boogie on his own. He brought me along, and I became Tom and Marchia's first Boogie employee. We worked out of his breezeway in Carlsbad. I assembled the kits that went out, and even got to watch Tom at his desk creating his legendary Boogie assembly instructions.
One chilly fall morning, I shot some 8mm footage of Tom riding an early Boogie at Seaside Reef...sans wetsuit! (He saw Boogie riding as a throwback to simpler times, and wanted to convey that feeling.) I believe it's the first film ever shot of a Morey Boogie being ridden. Some of that footage was used in this little promo film.
Fast forward to the 90's, I wrote a article on Tom in Surfer's Journal. I did it without his knowledge or blessing. He had a powerful presence, and I didn't want him to influence the article. I wanted to find the sweet spot between his contradictory elements...that of a selfless visionary and that of a world class promoter.
There was no way to know if Tom was going to like it, but after that article came out Tom and Marchia came by Spencer Kellogg's shop in Ventura, Our Blue Planet. I wasn't there shaping that day, so I missed him. Spence said they were stoked, and I was relieved to hear that! I sat with Tom on the beach at Malibu a few months later, but he never brought it up. That was Tom.
Anyone when knew Tom also knew he needed a real world anchor. Marchia was far more instrumental in the success of the Boogie than most people realize. Tom was free to fly in the clouds thanks to Marchia. 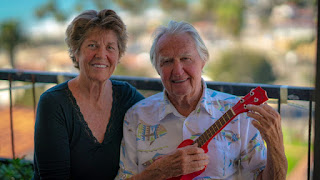 It's ironic, but if it wasn't for the Boogie, the modern surfmat may not have been developed. The Boogie put all the high quality mat makers out of business (like Converse/Hodgman), leaving nothing but 'off-shore' cheapies. That created the need to build our own mats. Funny how things work out.
Thanks for everything, Tom and Marchia!
PG
Posted by Paul Gross at 8:17 PM 5 comments: 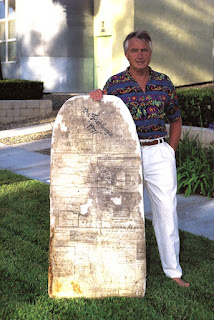 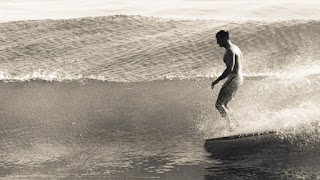 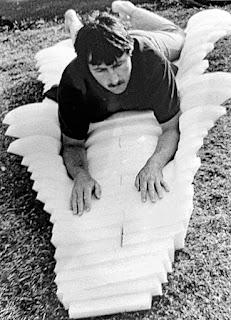 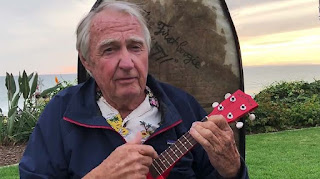 I shot some of this Super 8mm footage of Tom riding an early Boogie in North San Diego County, c 1974. I believe it's the first film of the Boogie ever shot.

From The Matsurfing Society of New York ... 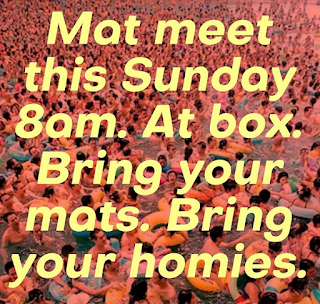 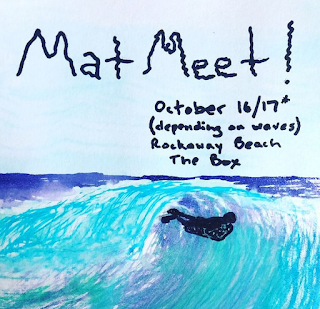 Posted by Paul Gross at 3:02 PM No comments:

From Bill and Gregor

Posted by Paul Gross at 2:47 PM No comments:

I bought a 4th gears flyer omni surfmat a few years ago, just wanted to share this video where I ride it on a tidal bore in France (Mascaret Saint Pardon).
These waves (only a few) are known to be very weak and you won't see any shortboards there, mostly sups and big longboards.
Surf mats are well known to be able to ride any kind of waves, just wanted to check that out ;)
Cheers !
Posted by Paul Gross at 8:00 AM 1 comment: 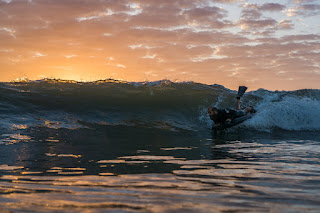 As many of you know, we've lost Rob Pollard. His mother Willow has graciously sent packets of his ashes to mat surfers in the US and Australia, and there will be paddle outs in his honor in both countries.

Two memorials are taking place in the US this Monday, October 11th. This is Willow's birthday, so with her blessing, we chose it as the date for our events.

One paddle out will be at Steamer Lane at 9AM. Meet up at the statue. 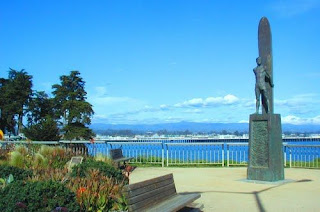 The second will be at Refugio State Park, north of Santa Barbara. We will begin gathering around 2PM, but the paddle out won't be until 4PM. Meet up in the public lot along the shore. 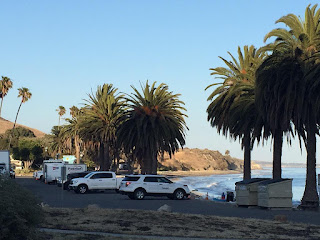 If you're familiar with Rob via Surfmatters and other social media, but can't make it, please keep him in your heart next Monday. It will mean the world to his friends and family. 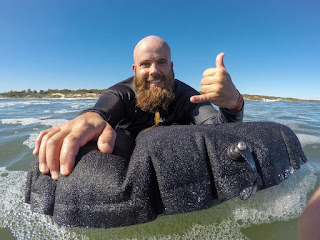 We miss you, buddy. Stay stoked wherever you are...