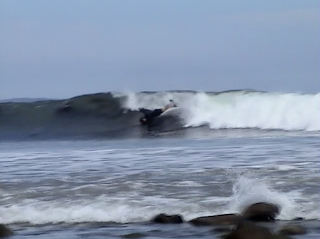 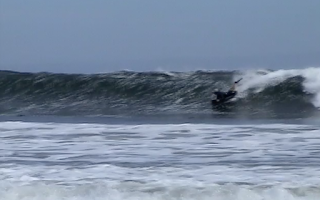 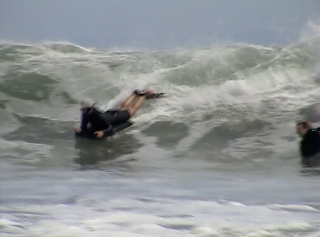 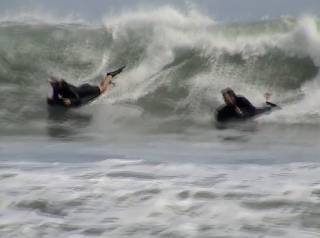 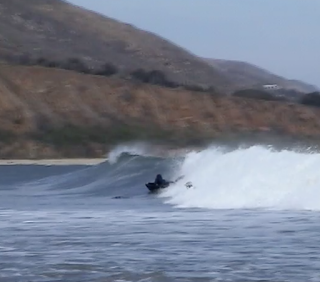 Hey Paul!
Hope all is well! Took my Standard out today at Secos and it was so fun! Here's some screen grabs from some footage shot today. Stay well!
Chad
Posted by Paul Gross at 9:42 PM 3 comments:

From Mat Max In NZ Lockdown 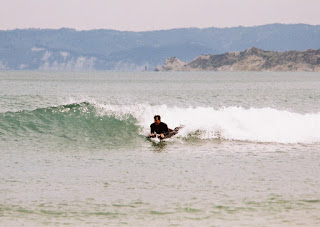 Hey PG,
With the surf being stink lately here in NZ, I've published a 10,000 word sci-fi story with a surfing angle called NOT FROM EARTH. It's available to read at mat-max.webnode.com. I want to see it made into a TV show in the X-Files tradition. (If anyone out there knows Chris Carter, please show him this concept.)
Enjoy,
Max
Posted by Paul Gross at 5:11 PM No comments:

SCUMM Rises From The Ashes

Hey PG,
Hope your well mate and hanging in there amongst the madness of the year so far..
Well with the forecast looking good and the slight relaxation of some travel and social gathering rules we SCUMMbags decided to head a little south to one of our fav rights a point break.  We hadn’t been down since just after the fires ripped through there early February,  we hit it about 20 mins before sunrise all to ourselves for a short while then we had to put up with another two in the line up one of the two being a local kneelo we have gotten to know over the years and one other a another kneelo so the vibe was good..  anyways said Gday to Keith the kneelo  and the first thing he says is ….. where you guys been? its has been noticed that you guys haven’t been here in a while.. haha..
Heres a quick video, I went for the slomo option as  you get to see a lot more of how we all wrangle our craft differently.. again they were put through the abuse cycle that is that right hander and again the 4thgearflyers lived up to the challenge check for Adams early sinus cleanse first wave.. yehaaa and of curse there was lots of sympathy from Neal and I      ..not.
Take care friend..
Oily
SFFS
Posted by Paul Gross at 3:33 AM No comments:

The classic California beach wear company Birdwell has a "Buy a Mask, Give a Mask" program going....it's worth participating in, for sure. Here...
Also, they have a blog with some interesting interviews with fascinating people in the surfing world!
Here...
Posted by Paul Gross at 6:49 PM 1 comment: 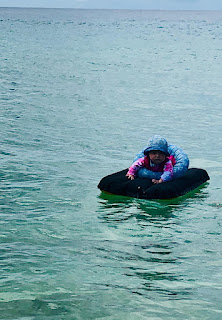 Hope u n ur family are well. Much love from the Islands and Krikorians.
Here's Velzy girl 6 months old at waimea bay...Before waimea gets 15ft this weekend for a spring time winter swell!
Alohas
Andre
Posted by Paul Gross at 12:07 AM No comments: 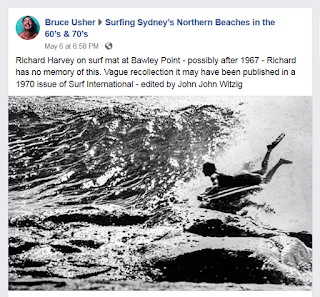 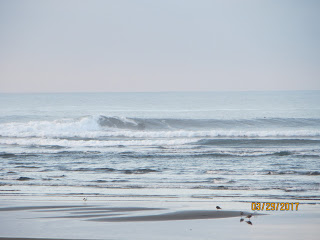 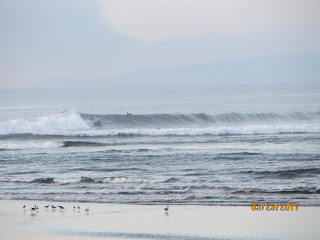 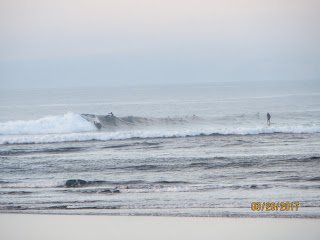 Hi Paul,
Hope you and yours are well in these crazy times!
I just came across these pictures from Chile back in 2017.  I’m pretty sure I was riding a standard.
The tide, sand, and swell direction this afternoon were absolutely flawless! The glass tells what the wind was like!
Fingers crossed for next year!
Take care,
John
Posted by Paul Gross at 6:16 PM No comments: 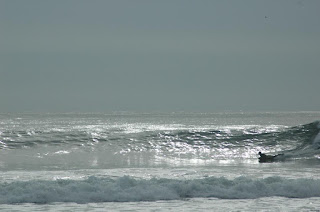 Not today, but a few years back. Share on the surfmatters blog.