My Name Is Prana G, 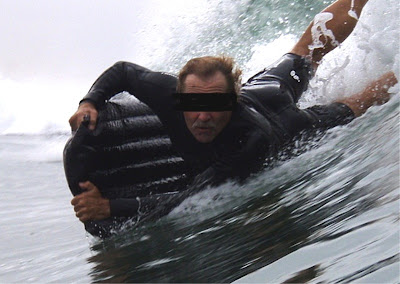 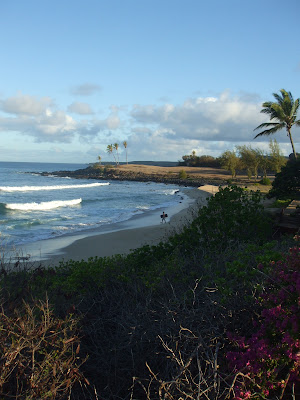 As the guy who opened the original google account for this blog, it's really fun to watch the graphic at bottom of the page to see who has logged on. What if everyone asked to post, and got an invitation to be a Surfmatters blogger -- and actually posted? Wouldn't that be fun? I'd like to know how many lookers actually ride mats, and what your deeper thoughts are. So, everybody, let's hear from you in the form of a post. This is a friendly direct challenge to step up! Okay, please leave your email address in your comment if you want to post, so that we can send you your invitation you to be a Surfmatters author.
Posted by Pahl Dixon at 7:42 PM 11 comments: 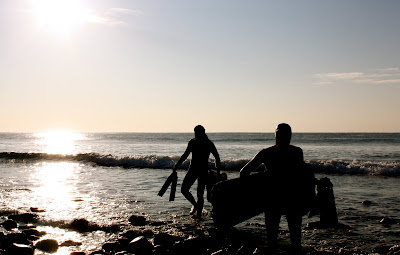 (Fraudulently recreated scene of two mat riders...not representative of TK or JC or NP, or Satoshi or Stephenie either. Just some mat surfer dudes.)

Rode the RT today in some hollow, shallow, shifty, glassy 4-6ft face waves at south Oceanside. I had a feeling the RT would do well in hollow waves...yep it sure does!

I got so many barrels my brain almost exploded. I have a question for you...

"Do you know a way to keep the muscles in in the face from cramping up?"

I smile so damn much when matting, my face hurts.

I don't have a full report, but the Tracker really works!

I had some fun, smoking li'l waves (2-3 foot faces, high-tide) yesterday and today, with no one out...but a packed beach (thank you, blackball). I kept thinking, "It's like it's on a track." Didn't occur to me until later that "its called The Tracker, you moron."

The combination of the in-between size and longer center pontoon/tail shape really works with the hybrid materials. It does seem to "cut" through turns more like it has a fin on it.

And, Satoshi O. renamed the Tracker! I like "Trucker Roundtail!" So "Early 70's San Francisco!" :)

I got your Trucker Roundtail. I and my wife used it few times.

My wife says it seems to have a turbojet. When to take off, beginning to glide, abruptly the speed become up! I think so, too.

Can you understand what I want to say?

I love the Trucker Roundtail.

So I have had two chances to try the tracker roundtail...and it is a blast. I tried on my own at the beach break in Anahola last Tuesday and then with Marta Ambrose at Sands in Wailua area on Sunday.

At Anahola I had the mat over-inflated...which made it harder to get the idea of creating the rail with the squeeze...but good fun in crashing closeouts! About shoulder height, from what I could tell on the kids surfing the same waves...they suck out as they break so the drop gets bigger...I could not stay at the top on the take offs to get an angle left or right on what little part of the wave had a face before closing out...

With Marta, and after a lot of pointers two nights earlier from Ambrose Curry at their place about proper inflation and positioning and rail creating, releasing and riding flat...I had more success getting a direction of right and left...still slow on the steps to make the rail happen, which foot drags, etc...but great fun! It was mushy, about 2 feet, some 3 foot sets...lots of push though mushy .

So I am getting the idea, now it is getting the leg strength to kick and need to fix a bum shoulder from too many years of wear and tear...Marta helped me do a better kick and also she just is a mat enthusiast to the max! It is her preferred wave riding machine.

I think having a stronger kick will help me set up my arms and hands faster to set the rails and adjust the mat for speed...and moving on a bigger wave face..I am still paddling with my arms too.

Since I am new to the whole experience I could not tell the nuances of the roundtail's design, but it seems to me that it made it easier to turn into the wave direction...I would have to be a better surfer and also check another design. There are quite a few mat enthusiasts on Kauai who live here. Marta tells me they go out on bigger days...so yesterday's 2-3 was uncrowded and fun!

Last summer I met a tourist from Wyoming who was riding a red one that he got up in Canada...We were at Annihi Beach, just north of Kilihiwai. Similar to what the set up at sands was like yesterday, but each place as you know is unique...

Sorry no pictures, but will keep you posted...would be good to get some size once I get my timing down better.

I penned this after my first experience on the Tracker RT:

Initial impression of the Tracker

Before I begin, I should preface this ’report’ with my relevant and limited experience. I am new to riding waves aboard a mat. I received my first mat from Paul Gross just over two months ago. Due to my small frame, that mat was a Fourth Gear Flyer ‘Standard’ model. Since receiving the Standard I have left all of my other surfcraft in the garage to collect dust. Unfortunately, the swell has not been abundant of late, mostly in the 1-3ft range. I’m lead to believe that the Standard doesn’t truly come into its own until the waves are in the 3ft + end of the scale. Regardless of this, I’ve had the greatest small wave fun of my life! With that said, I can only compare the Tracker model to these recent experiences.

The first difference I noticed was upon take-off, the Tracker took off about one second before the Standard would have. The difference was quite pronounced. The Tracker almost threw itself down the wave face.

Next, I realised after a couple of decent wall runs, this new mat was less inclined to ‘slide ass’ towards shore. When I really pushed it, it did break free but it was easily corrected with an inside fin dip. My guess is that the added length helps this.

This morning was my first session upon the Tracker. During this surf, I enjoyed the greatest ride that I’ve ever experienced in small waves, be it on a longboard or a fish or even bodysurfing. After quickly taking off in the pit, the mat began to ‘track’ across the face almost immediately as if it was guided by a railway road. Swiftly, I was onto a flatter shoulder section and ahead was yet another peak at a slightly different angle. As soon as I spotted this next section its lip began to feather and my ride looked as though it had reached its conclusion. Without any physical readjustment, I gazed at the spitting lip and hoped. As if by some display of telekinetic proficiency, the mat answered my prayers and the fast-moving peak was paused while the Tracker found the high-line and shifted up a gear. I felt like a Jedi, surfing with my mind rather than my physical body.

Best Day EVER At County Line!!! 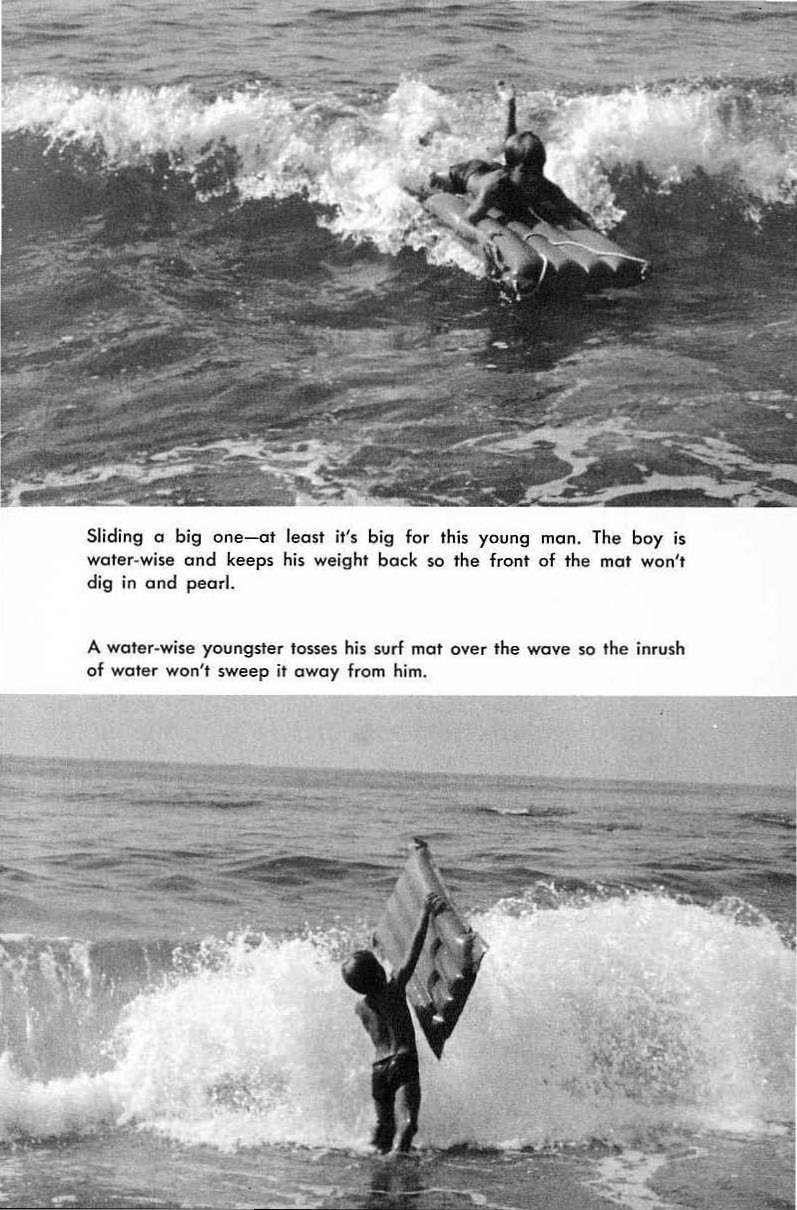 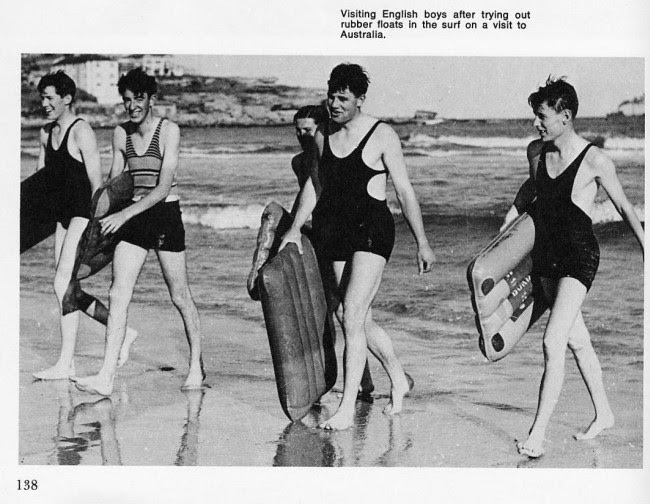 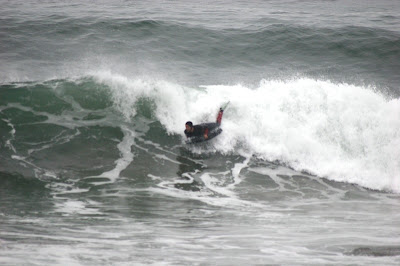 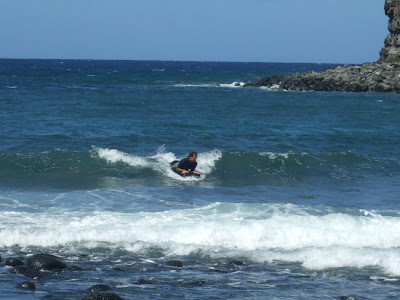 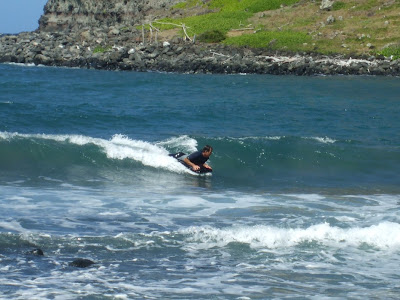 Early summer has been fairly flat in Hawaii. However, there are some microwaves.
Posted by Pahl Dixon at 10:21 AM 3 comments: