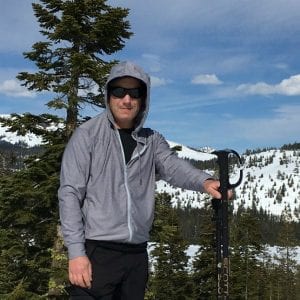 Hey Paul,
My wife and I both teach, so we have been home the last year. Our son is in college, so has been home the last year. Surfing is my ONLY alone time.
I drive alone usually before the sun is up, surf alone, drive home alone. No friends, no family, no cameras. Just me, seeking out Grade D waves to avoid any crowds or people...in the dark and fog of early morning.
It's glorious.

Conditions that would be marginal on a surfboard are often fantastic on the mat. It has saved my mental health this past year.
I have had my moments of that hum, that grab-the-outside-rail-and-lock-into-the-face moments.  But few.  Still, I have made progress, and have had a number of super fun sessions.
I have been running it with a 90 degree angle.  Which I check, frequently. Today, there were lulls.  At one point, I clipped the valve with my gloved hand (water temp is 49 right now) , and in the ensuing moments, I lost a ton of air. I saw a set coming in, but I was low...like fold-over-on-itself low. I went for it, caught a set wave, and could not believe that I made the drop, but kept going....with more control than usual.
So much to learn.
I keep bringing my surfboard...but it stays dry in the back of my truck.
Have had major insomnia this last year.  Stress is awesome.  I find visualizing riding a mat calms my brain and puts me right to sleep.
Thanks for opening my perspective to what's possible on a wave.
Paul
Posted by Paul Gross at 6:44 PM No comments:

From Ramy and Werner 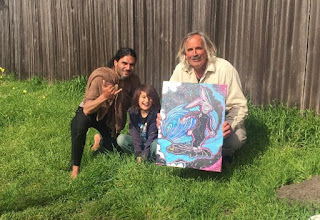 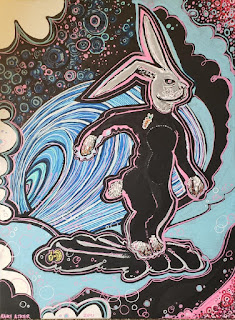 My friend Ramy gave me the painting he did of me (aka "Werner Rabbit") riding my mat!

Posted by Paul Gross at 4:29 PM No comments:

From The Tusked Beast 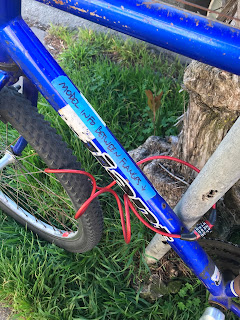 "Get your 4th Gear Flyer sticker today!"
Posted by Paul Gross at 9:05 PM No comments: 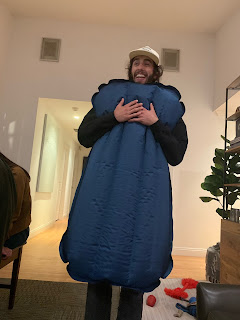 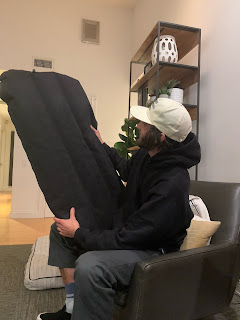 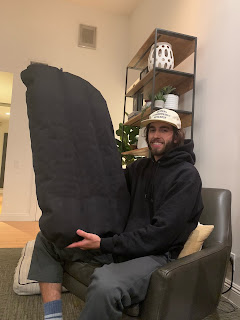 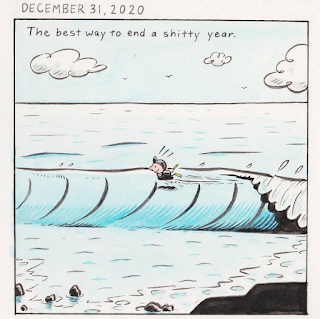 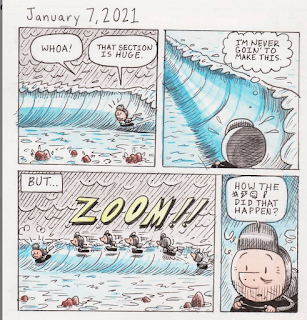 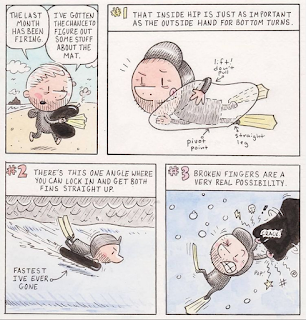 Jamie O’Brien Claims, ‘These Are the Biggest Waves Ever Rafted’

I don't think tow-in counts, or if indeed these are the biggest waves "rafted."

This is a pretty big wave, and the rider kicked in with swim fins. 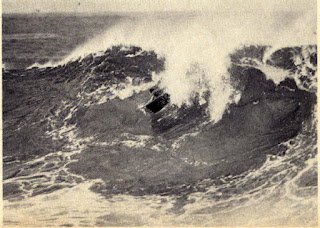 “Other than that, we had a pretty good time.” 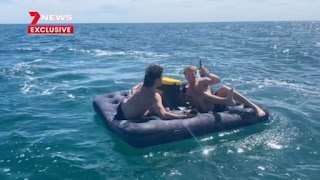 On the other side of the world is a land where 22,000 miles of coastline kisses a vast expanse of seemingly infinite ocean. It is a land where the beer flows freely, which presumably helps people forget that giant spiders stalk them at every turn. I am talking, of course, about Australia, where last Saturday two men either didn’t notice or didn’t mind that the inflatable mattress they were day-drinking on was drifting out to sea.

Jackson Perry and Noah Palmer had taken the air mattress and a cooler full of beer into the water in front of Palmer’s oceanside house, located just south of Perth on Australia’s West Coast. They’d intended to spend the day relaxing no more than 50 yards from shore, but the wind had other plans.

“We couldn’t paddle against the wind and we just kept going further and further out,” said Perry in an interview with Sunrise, an Australian morning news program. “We only aimed to be 100 metres offshore, max, and before we knew it we were out to sea.”

With the batteries on their phones dwindling, Palmer and Perry called their friend Tex, who they knew was about 30 minutes away from their location. As the wind carried them two-and-a-half miles out into the Indian Ocean, the pair noticed they were gradually sinking, due to the fact the mattress was full of pinholes. To stay afloat, Palmer jumped off the mattress every few minutes and reinflated it manually while the duo waited for help to arrive.

After three hours of drifting, Tex arrived on a jet ski to rescue his friends, and was quickly followed by a team of volunteer rescuers who helped bring Perry and Palmer to shore. When asked if they had any advice to other people who enjoy drinking on floating air mattresses, Perry said to “definitely check the wind forecast before anything,” but expressed no regrets about his death-defying adventure into the briny blue expanse. “Other than that, we had a pretty good time.”