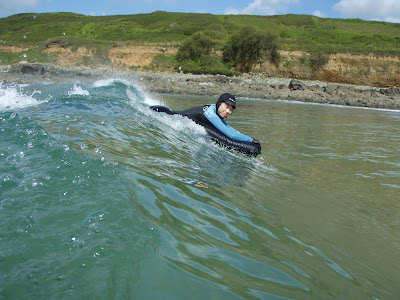 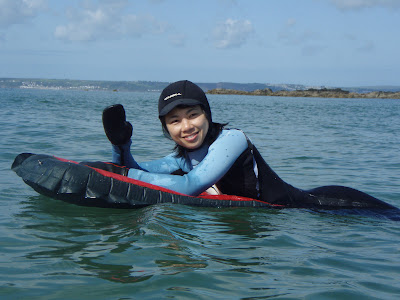 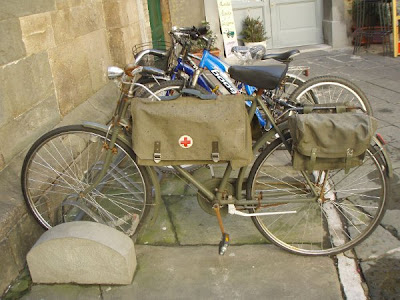 Kana's been practising on my mats! Here are a few random pics, including medical support bike I found in Lucca, Italy. Fantatsic place. A walled city where cars are not permitted so virtually everyone gets around by bike. 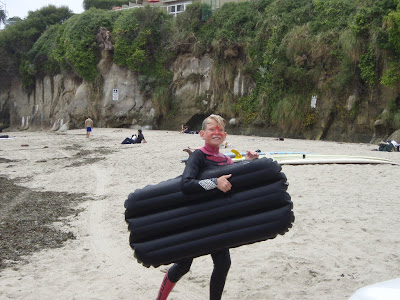 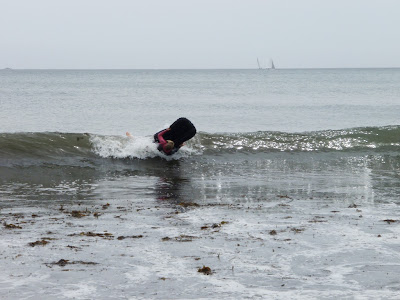 Fellow mat nerd, Tom of Germany, came and volunteered at Ride A Wave today. Ride A Wave shares the joy of a day at the beach and surfing with kids with disabilities.

Tom was generous with loaning his mat to the groms who volunteer. One grom got a legit barrel (alas, not captured on film). Here is his little bother doing an off the lip "El Rollo" and beaming with stoke on the way in. Epic!

Thanks for making tools for joy! 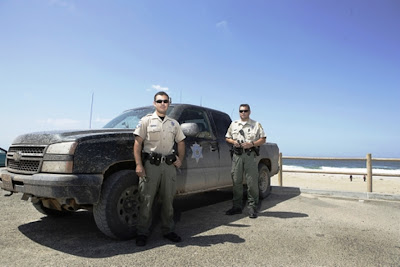 Back in the early 80's, we were hoisting GG's boat out of the water at the Gaviota Pier after a late afternoon session up at Bixby. It was almost dark. As we were lashing the hull to the trailer, a couple of Fish and Game guys came roaring up in a truck, stoked out of their gourds. Just by looking at us, they new we didn't have any fishing licences. And since we didn't have any boards in the boat, we had to be fishing. They had us by the balls!

We tried to convince Starsky and Hutch that we were "just mat surfing," but they weren't buying it, since there was "no such thing." They spent about 10 minutes poking and prying into every crevasse of that boat. But, they couldn't find any fish, so they had to let us go.

Fast forward to this afternoon...

I was all suited up and closing the back lid of my oh-so-cool minivan to hit a local spot during the inaugural south swell of Spring, 2011. Just as I was walking away from my vehicle towards the water, a familiar roar rose from behind me. You guessed it...a Fish and Game truck. This time it was one guy, but like all Gamies, he was this pasty white, uh, white guy.

How they all stay so pale working out of doors is beyond me. Maybe it's part of the vetting process at the academy...never seen a brother yet with the F&G, and I'm nearly 60! 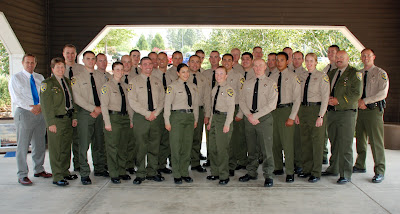 He figured he had me dead to rights. I had all this "diving gear." And obviously, not the kind of citizen who would bother with the formality of obtaining any kind of licence. He went through my stuff (I had two mats and a pair of fins in my arms, as well as a towel and bottle of water), all the while asking my intentions.

"I'm going mat surfing" still doesn't register with these guys, even if you say it 3 or 4 times.
"What?" he said, "You mean just paddle around?"

"Well, yeah, but ride some waves too." I responded, trying to ease into his mind set, while being true to my intentions.

He finally let me go, but sat there watching as I walked to the water's edge, put on my fins, and paddled out. I turned to look back after I had managed to push through about 10 lines of head high whitewater, and he was still sitting there watching!

It turned out to be a good session, since the wind was kind of stiff, and nobody else was around...except my new friend, Ranger Rick!

Yet Another Trend Started By Mat Riders... 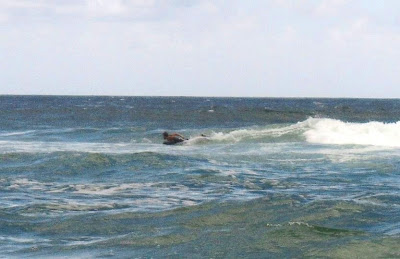 Finally, land locked internet hodads have picked up on what mat surfers have known for over 60 years...planking is fun!
Posted by Paul Gross at 11:06 PM 1 comment: 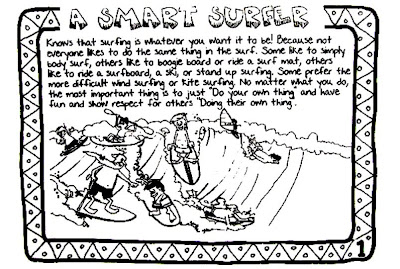 by Max Pendergast, Byron Bay...by way of Jamie Mac!
Posted by Paul Gross at 9:44 AM No comments: 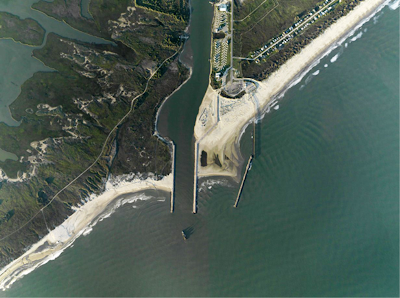 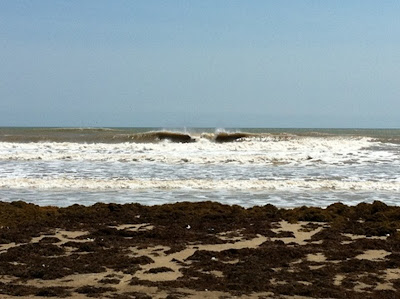 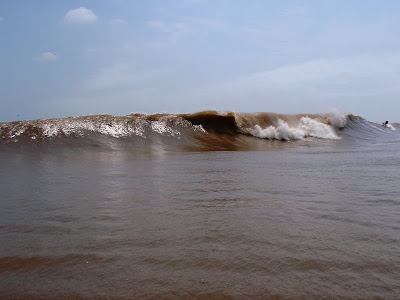 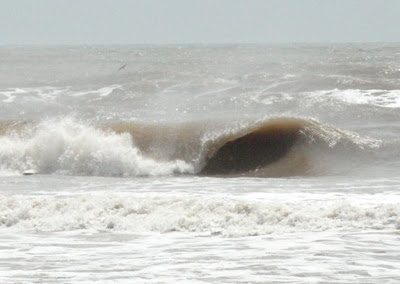 Am about to order a 3 Pak of Standards.

It has been a while since you had an update from down here. We have been following my youngest son's travels over the last few years. Last you heard from me we were enjoying an East Cape pointbreak S. of Cabo. He has moved on this year and is living in W. Samoa with his GF where both are PADI Instructors. We are collecting pesos for that flight.

In the mean time-

We have a new local surf break. This one was created by a land grab by the one of the River Authority Boards, they buy the land along a river out flow and develop it into a Regional Park where new jetties were part of the project. Sportfishing both inshore and offshore is big down here. This project was completed March 2011, still very new with sand still shifting. We have had a good Spring cycle of onshore winds, building swells with timely arrival of offshore winds. Water yesterday was hovering @ 77 degrees, we've been in baggies and rashguard since mid March.

Damn, I hate it when I only get to wear my new rubber for such a short while ;0)

p.s.- re. the "meatloaf" colored water, it's just sand but some folks get turned off by that. Between that and the stray bull shark, a crowded day is more than 4-5 guys out.
Posted by Paul Gross at 2:41 PM No comments: