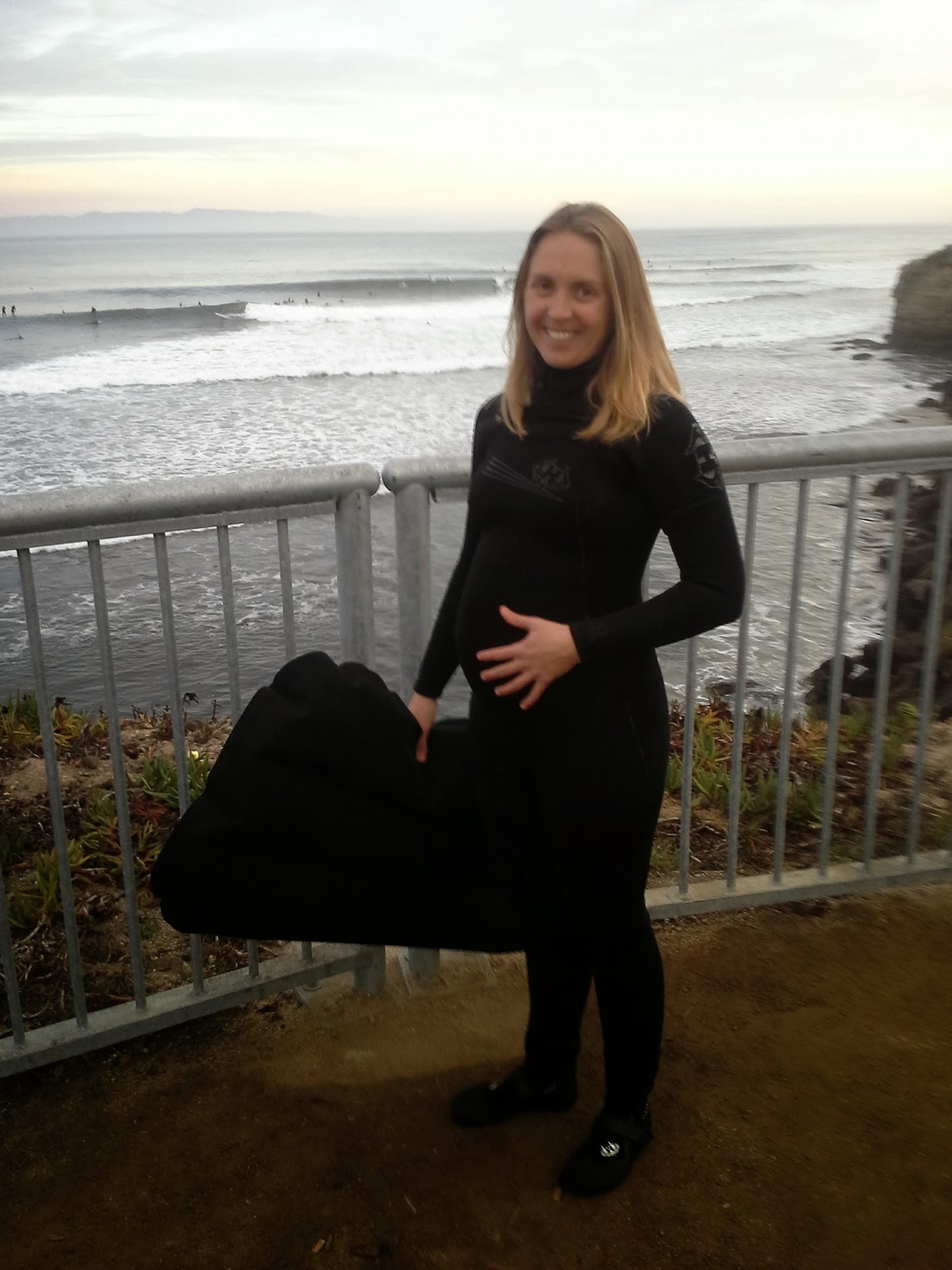 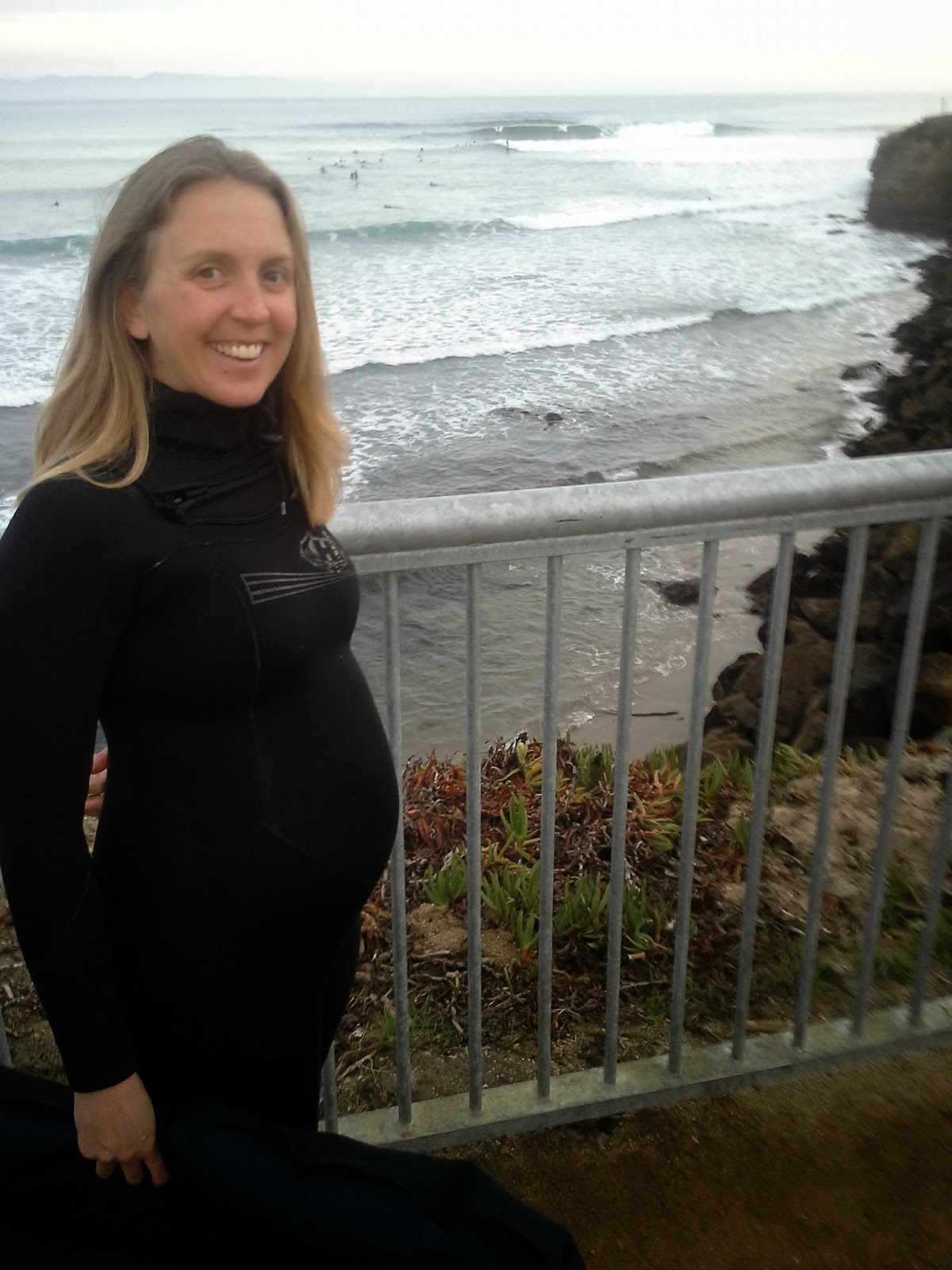 
I've been loving the mat!  Here are a couple of pics my husband took of me at the Lane (right after a realized I forgot my fins at home).  Thankfully there was time to run home, grab the fins, get in the water and get a couple of those gorgeous waves!
Thanks again for the mat!
Jenny
Posted by Paul Gross at 12:04 PM No comments: 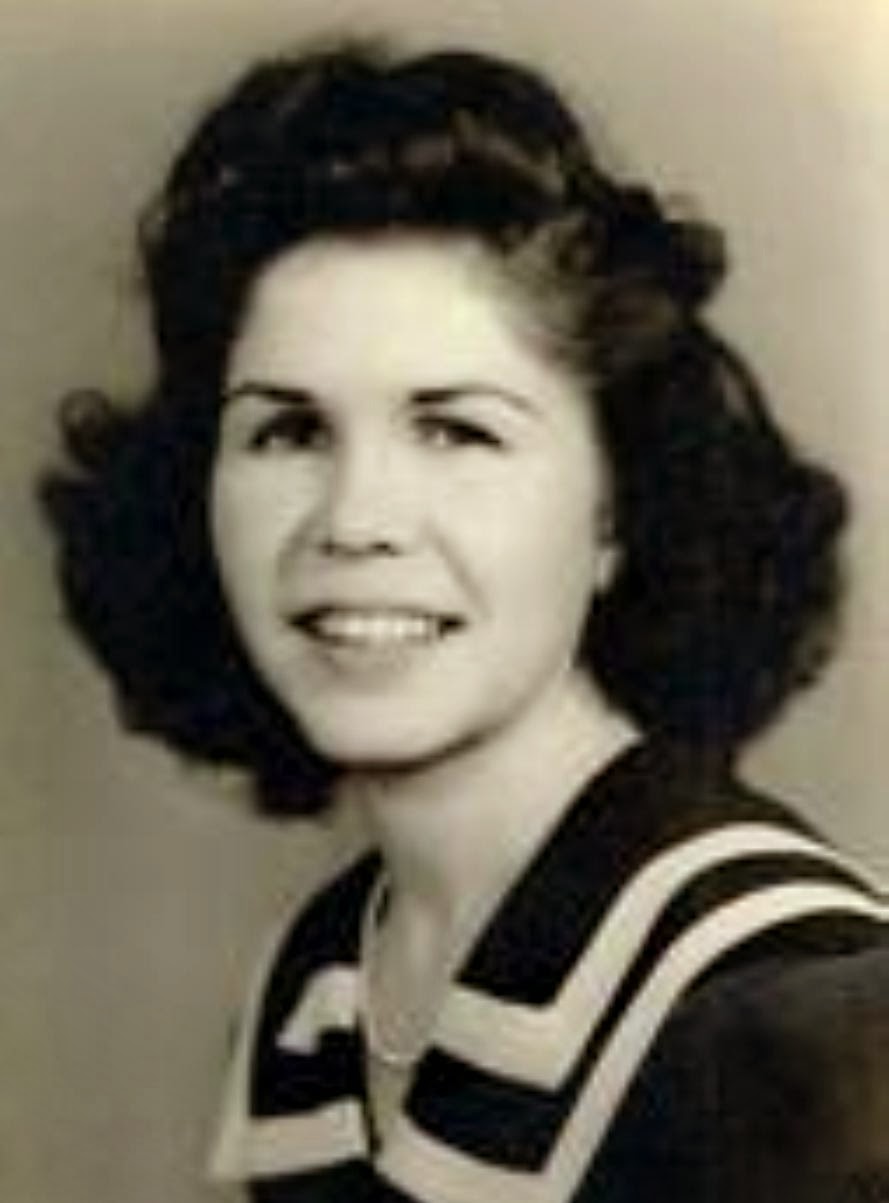 In her life before Bill, there were John, Maude, Jean, John, and Gordon, a close-knit family filled with the joy and peace that comes from a deep faith in God and His son, Jesus. Marilyn never cut church on Sunday, and on vacation always found a service to attend or radio broadcast to hear the Word. Through her membership in the First Baptist Church of Stockton, she met Bill. After the worship hour, her brother John brought home his new friend, William Lovvorn, an Air Force officer stationed at Stockton Field. Marilyn, standing on her front lawn, caught a glimpse of Bill and knew he was the one for her. Apparently, Dad recognized her as his future bride when their eyes locked, and thus began their love affair of over seventy years. Clear to Marilyn's last days, she lit up in his presence and smothered him with kisses.

An adjective that described Marilyn was gregarious. She befriended mailmen, milkmen, Shopper's Corner butchers and cashiers, passengers sitting next to her on Boeing 747s, and whoever waited in line with her at Macy's. Of course she had dearer friends, but she invited every stranger into her life that smiled back at her. At Aegis of Aptos, she expanded her circle of friends to include her caregivers. Although she could not communicate with them as she desired, her affectionate gestures did.

After her daughters Terry and April arrived, Marilyn devoted hours to making them happy and secure in the world. She prepared pancake bears for them, after school Nestlé's chocolate chip cookies, and tuna casseroles with extra potato chips on top. Since she maintained a youthful outlook, she played with Terry and April whether it was hosting a "Teddy Bears' Picnic", finding the murderer in "Clue", or going on adventures with Raggedy Ann and Andy. At Disneyland, she raced with them down Main Street to the Matterhorn or Jungle Cruise, and later treated them to milkshakes in the Carnation Plaza. After her grandchildren Christi, Craig, and Brett arrived, she again assumed the role of a fun-loving playmate. Out came the Chinese Checkers, pool floats, sand shovels, and of course Disneyland passes.

Since Marilyn never had sons, she delighted in the company of George and Don. She beamed in pride whenever she had the opportunity to introduce George to her friends, and appreciated him immensely for being the handyman Bill was not. Both George and Don loved to tease Marilyn; it was their way of showing their love. Don enjoyed escorting Marilyn to a dental chair, and approaching her with the needle. As he puffed her cheeks out with unnecessary cotton rolls, he laughed and told her he had discovered the perfect way to silence her.

With Bill, she loved to travel to Europe in style, stay at the Royal Hawaiian, and bask in the Bermuda sun of Castle Harbour. Water, even the cold waters of Lake Tahoe and Castle Beach, she embraced. On her blue and red canvas mat, she paddled out and caught wave after wave, grinning with the drops and speed. Fortunately for Marilyn where she called home, both Mill Valley and Santa Cruz, provided vacation settings of their own. With nearby mountains and seashore, and with redwood tree cathedrals, abundant flowerbeds, and croquet lawns in her backyard, Marilyn and Bill lived contentedly.

Marilyn with gusto, entertained, decorated, sewed, baked, sang, played the flute, and laughed. Those close to her will remember her hats, high heels, fad diets, fancy cars, and love for shopping and See's chocolate truffles. She leaves her hubby Bill, brudder John, daughters Terry and April, sons George Welter and Donald Foster, grandchildren Christi, Craig, and Brett, and nieces and nephews on her side of the family Dale, Marcia, Janet, Wayne, Neal, Dean, Scott, Kathy, Dan, Janna, and Karen. 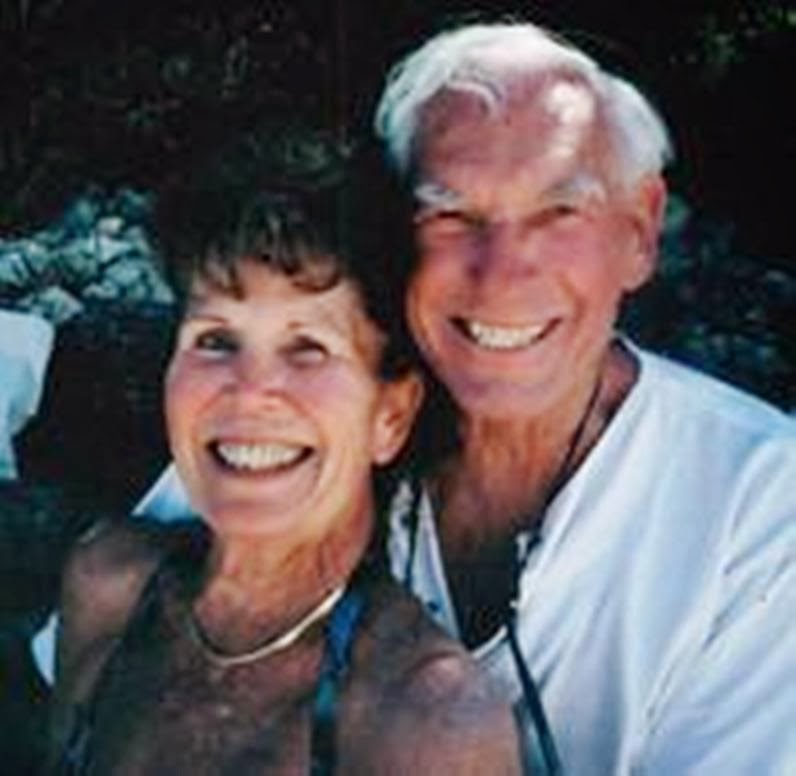 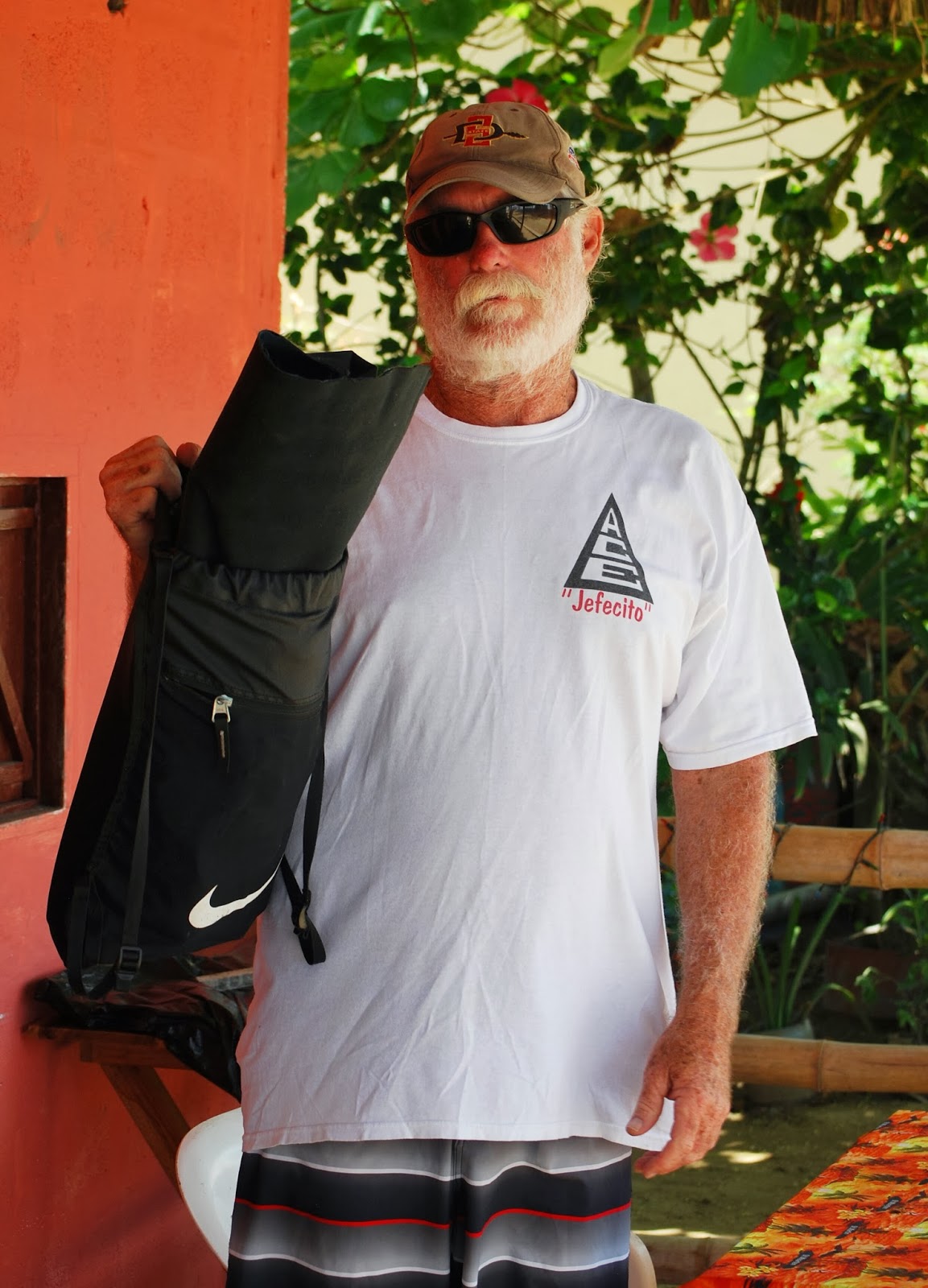 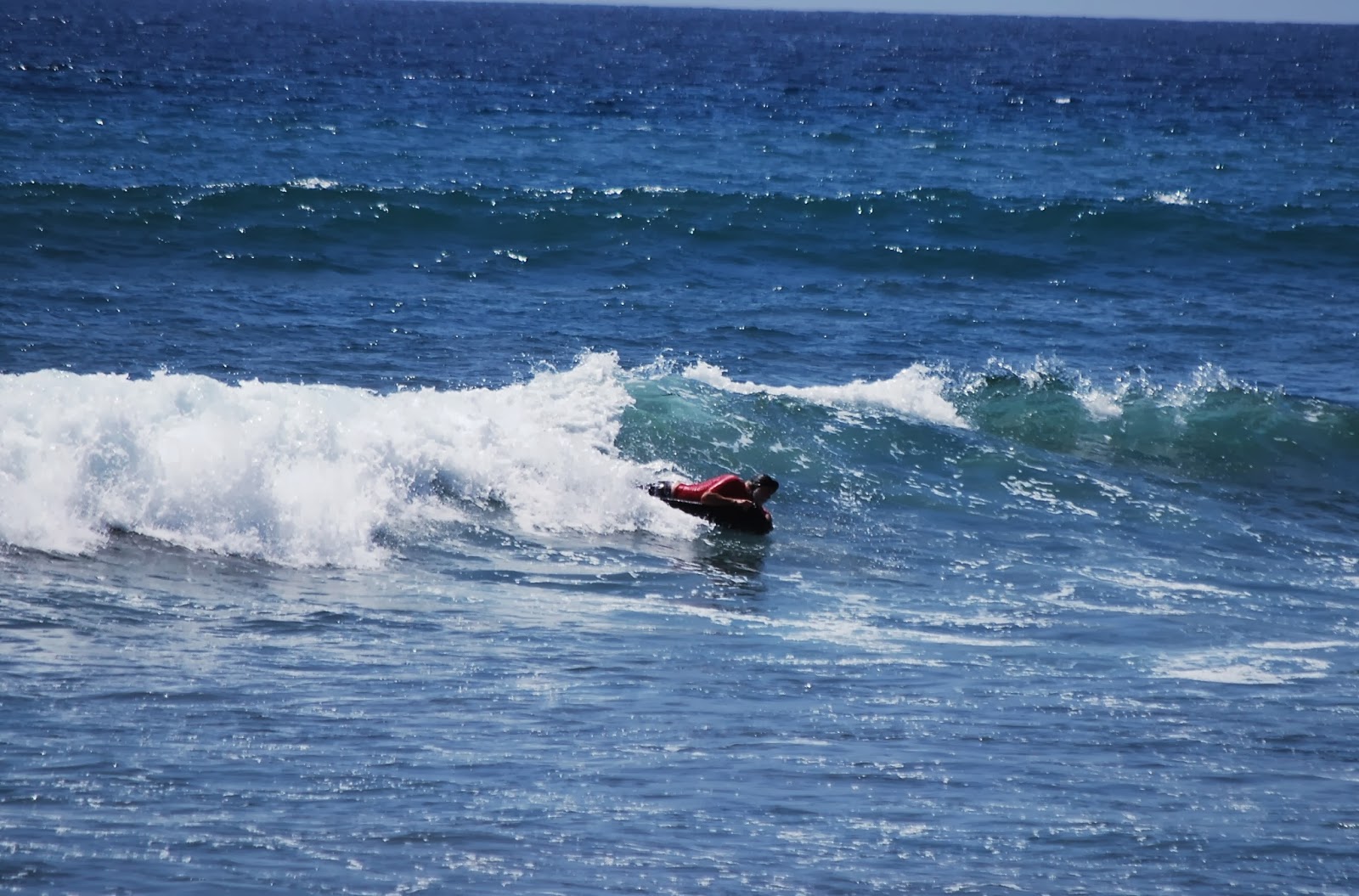 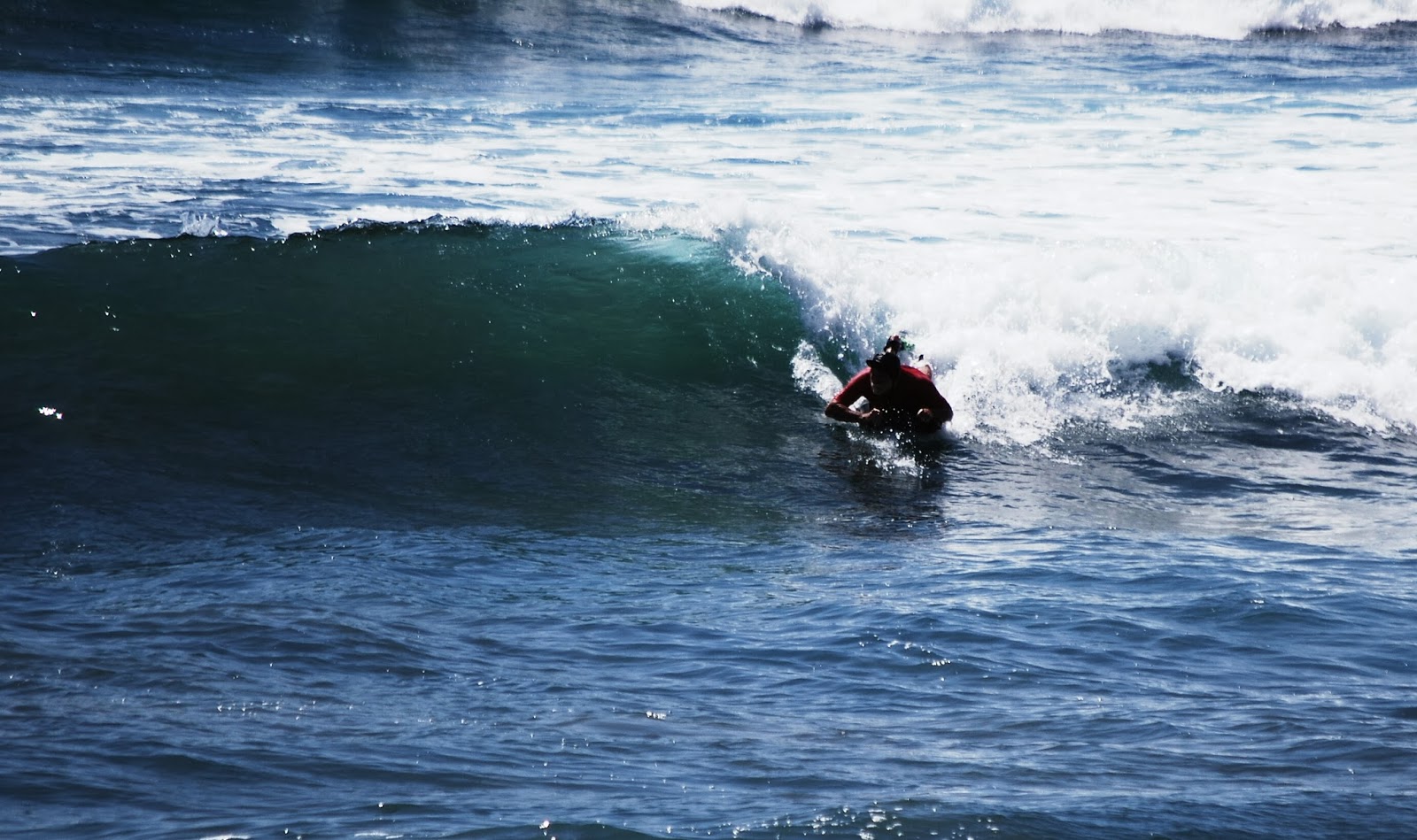 Just thought I would send a couple pictures from Ecuador. Been using the mat a lot and I have a more detailed report when I get back. Overall having a great time and love traveling light. Everything fits in the bag. ACE
Posted by Paul Gross at 2:07 PM No comments: 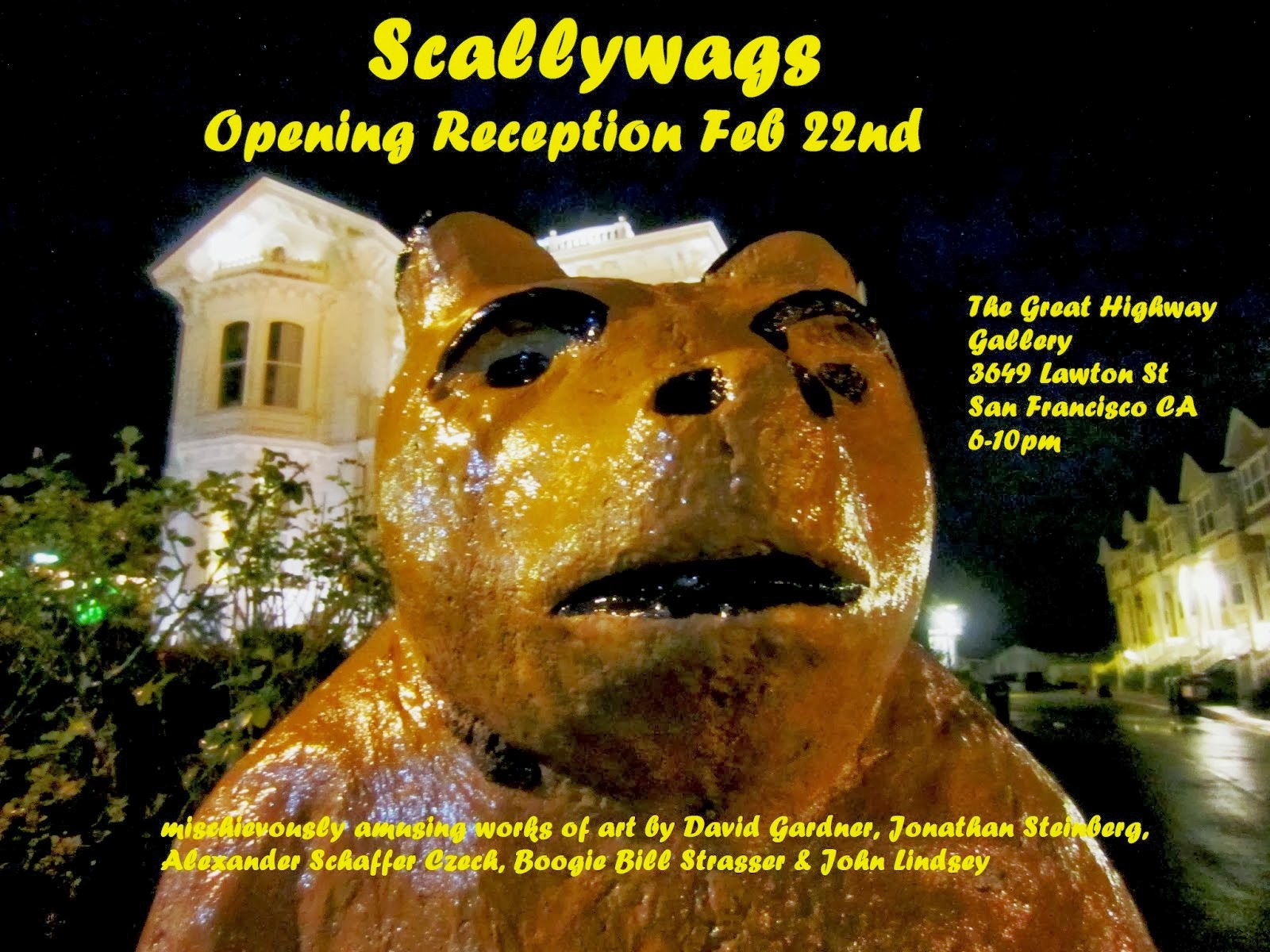 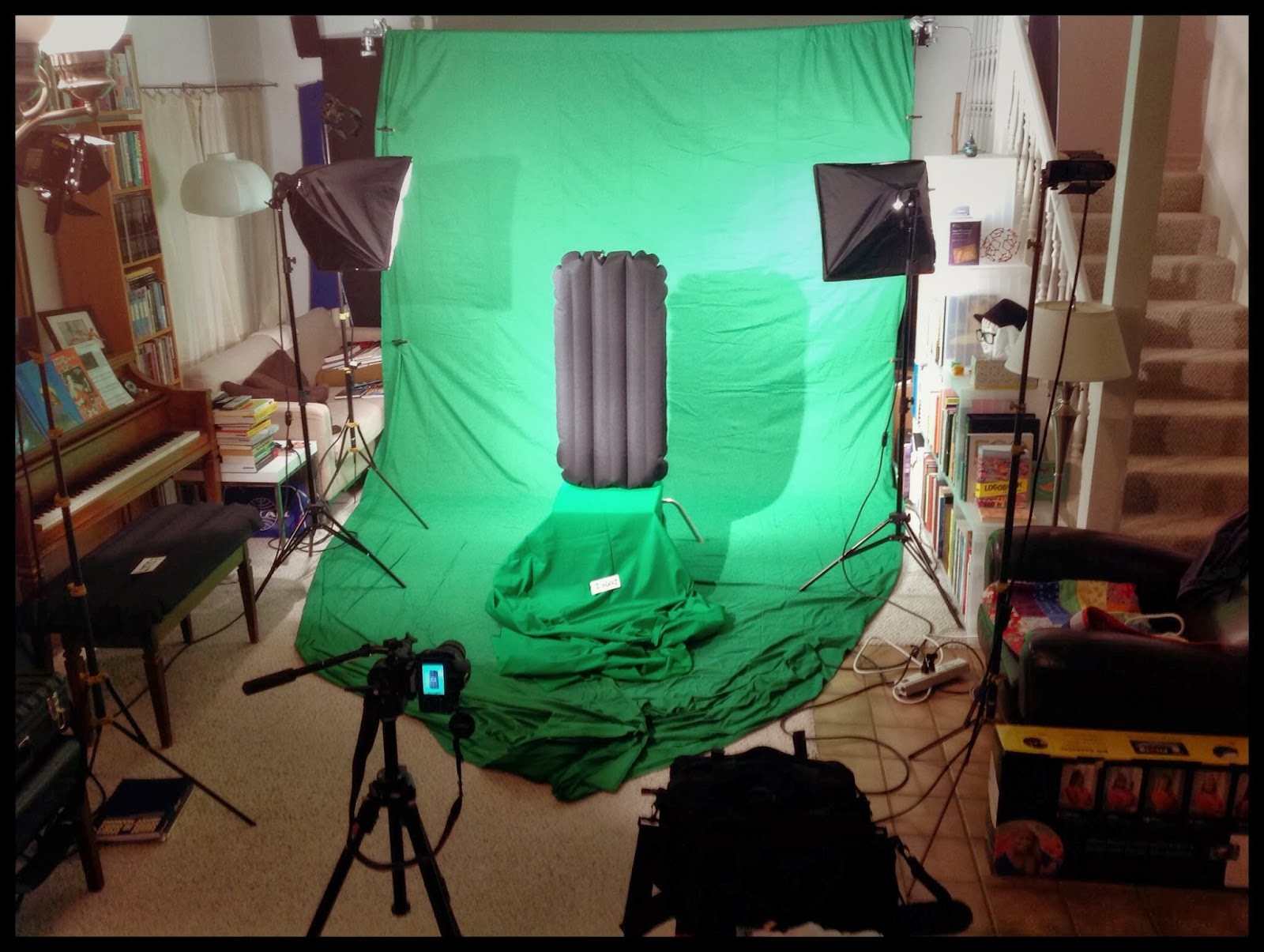 Working in the new 4GF Home Page. I wish I'd shot more process photos. Here's one "making of" shot that was on Maria's phone, if you want to leak it on the blog : )

Steiny
Posted by Paul Gross at 9:57 AM No comments: 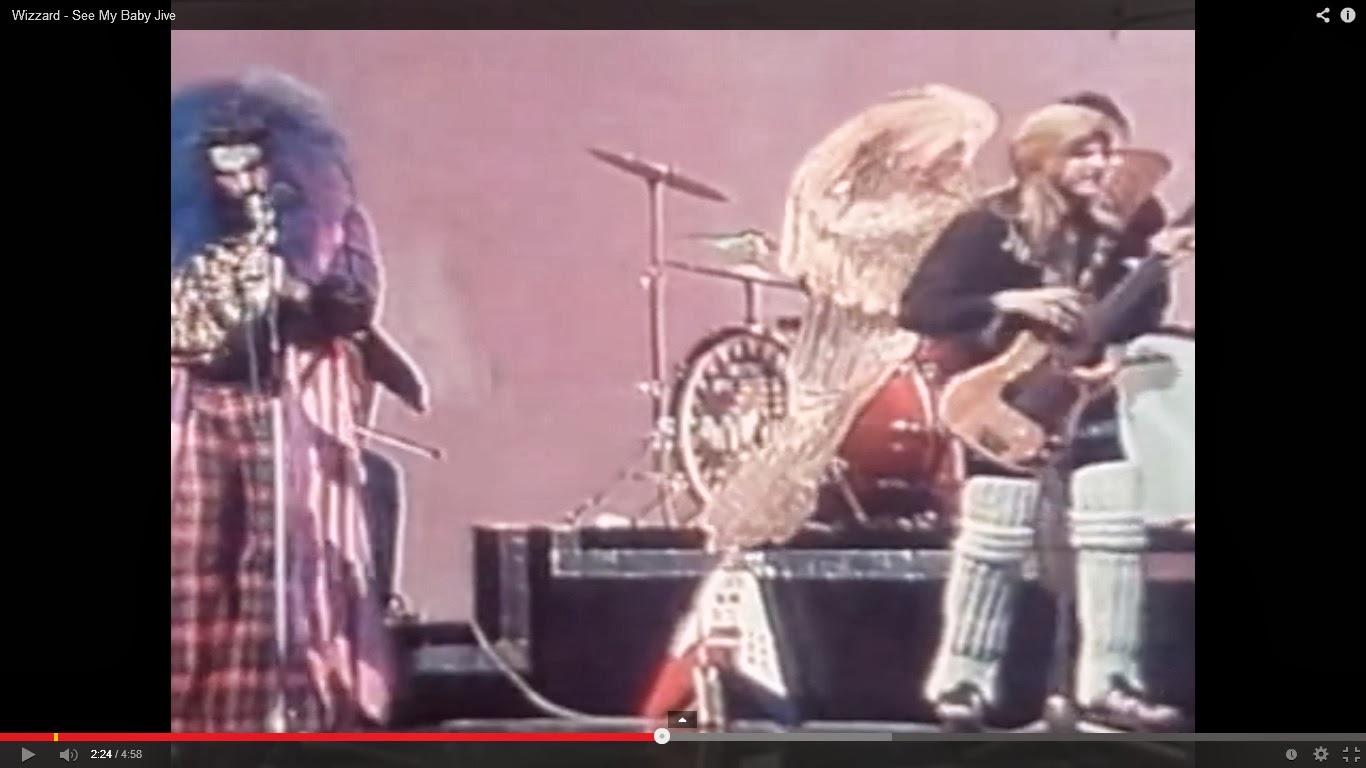 Posted by Paul Gross at 7:01 PM No comments: 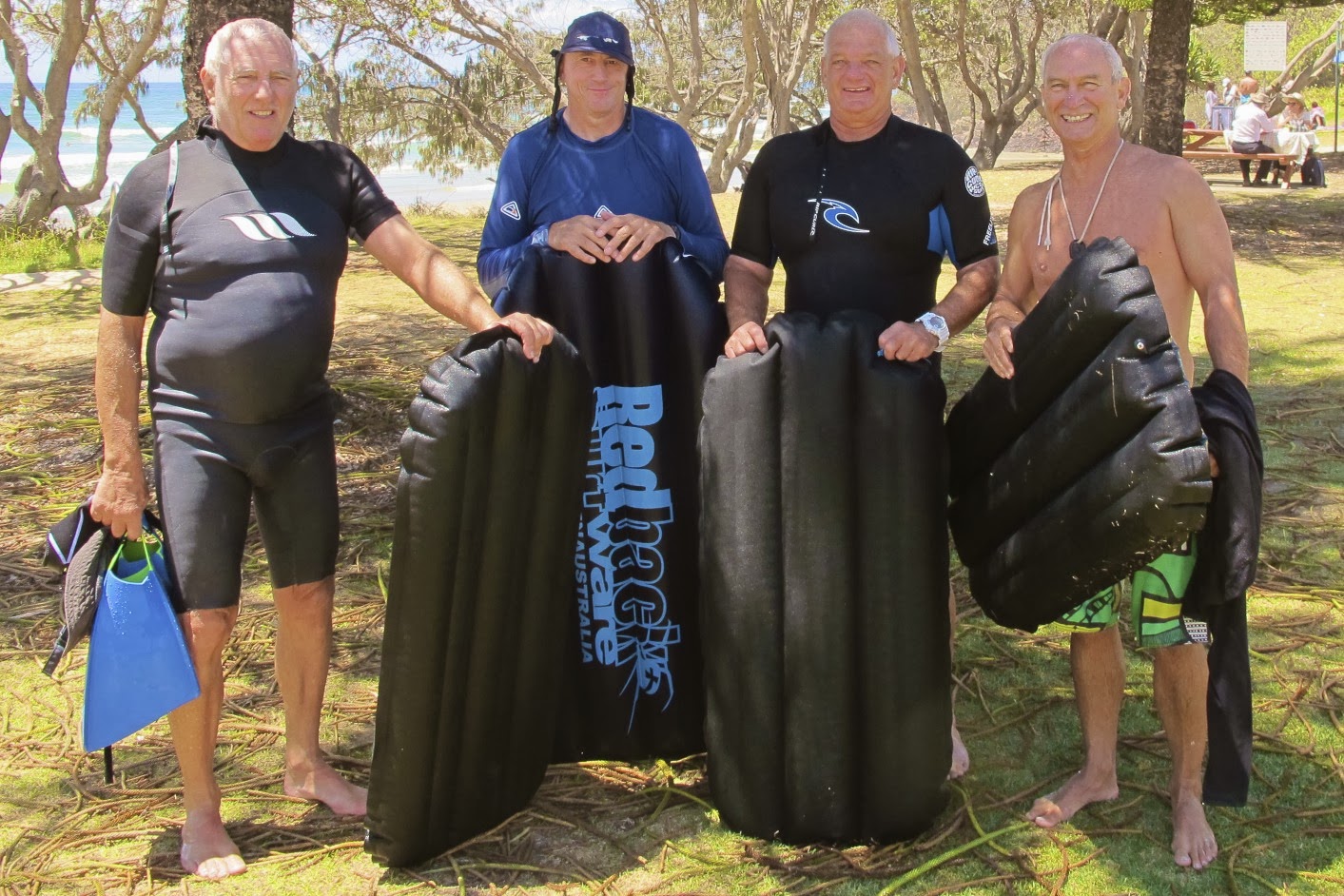 G'Day Paul,
Our first mat muster went really well, hope to get a few more in the water next month.
Cheers Al
Posted by Paul Gross at 1:55 PM 2 comments:

At last we have some good summer conditions, overcast with rain and light offshores. Here's a photo of Michelle dropping into a ripper.