Finally some swell graced our shores, and a week full of good sized swell came rolling through. But alas, for me it was during the first week back after a month on holiday.

It was killing me to sit at work, watching the bay light up with waves. I lasted four days, until Adam said 'I have an RDO Friday.' And with Phil still on holiday...a 'sick day' was in the cards. The only problem was its still summer holidays here and every break was being surfed by many. We hit a place we had never surfed before...and it was fourth gear fun! 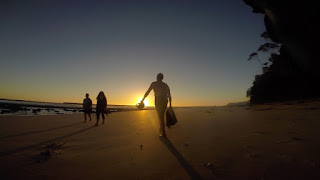 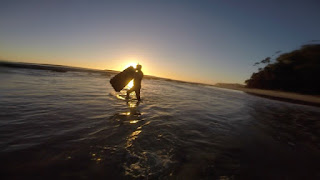 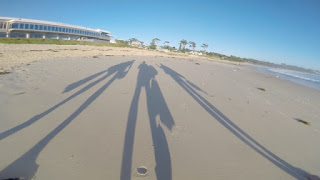 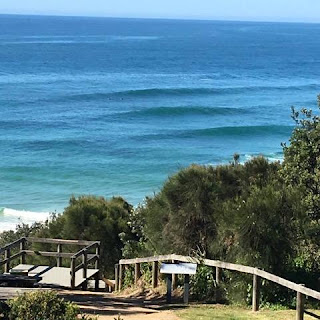 I remember saying to Phil when we paddled out, 'No one's going left.’

He promptly replied, ‘There's a rock ledge in closer.’

Well, after taking off outside and pushing through the flat water section at speed, and going left before changing direction for the run to the beach, I’d gone a little bit to far left...oops, and the rest is history, as they say. 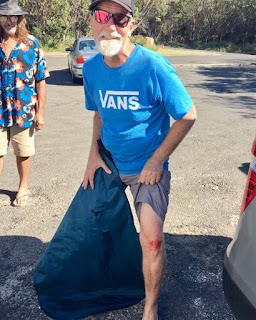 Anyways mate, they say a pictures says 1000 words. Here's a couple of thousand words for you, and a short clip from the mornings fun with the SCUMM crew...

Take care, be safe.
Keep on sliding!
Oily
Posted by Paul Gross at 6:11 AM