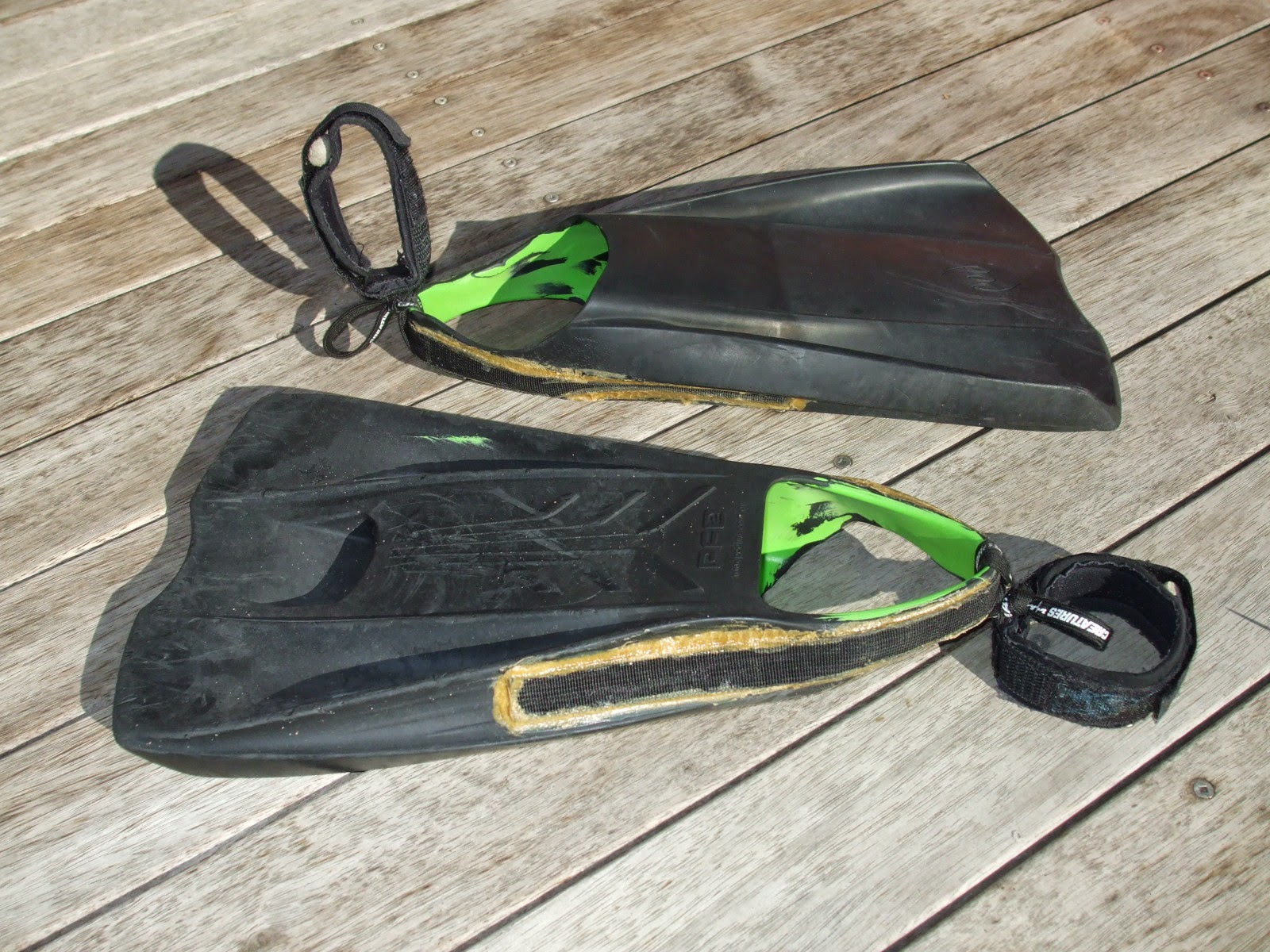 After five years of constant use my pod2 flippers are holding up well.
I shaped down the ankle straps and instep edge, which resulted in zero chafing. To solve the problem of having my fins pulled off my feet when I hit third gear I glued nylon webbing around the ankle straps and now they stay tight at any speed. Another good trick is tying the fin savers tight to the straps so as to keep them in position. (This allowed a hang-loop for drying, and I keep my Blu-Tack earplugs handily sandwiched in the velcro.)
The only issue with pod2s is the shortish blades that are a bit slow. I suppose this is a fair tradeoff for a roomy footbox, super-stiff siderails that tenaciously grip the wave, and Batman styling. I occasionally used pod3 fins for a year and they were slightly faster, but they pressed painfully on my foot bumps, so I gave them to a buddy when he bought some 4GFs. Pod3s are really good and I recommend them if you can wear them without pain. So far after trying Duckfeet, Viper, Dafin, Tech2 and pod3, pod2 is the only flipper that I find both painless and functional. I'll gladly swap less straight line performance for complete comfort and good wave holding!
Happy matting, folks...