Hi Paul,
I hooked up my scanner at long last. Most of my photos are slides, and that scanner is still in mothballs, but I have a few odd black and white prints...
Here's one of me on Ross Island, Antarctica, 1974. Mount Erebus in the distant background is an active volcano. By the looks of the shadows, it was about midnight when this was taken. After our work shift we were able to hike around quite a bit since the sun never set in summer. One of the favorite trips was along a high coastal peninsula towards Castle Rock. We could climb up there and see for literally a hundred miles or more when the weather was clear. In this shot I'm peering over the cliff down to the sea ice, partially thawed. When the air was still there, we could see and hear the breaching whales many miles away at the various cracks and openings. 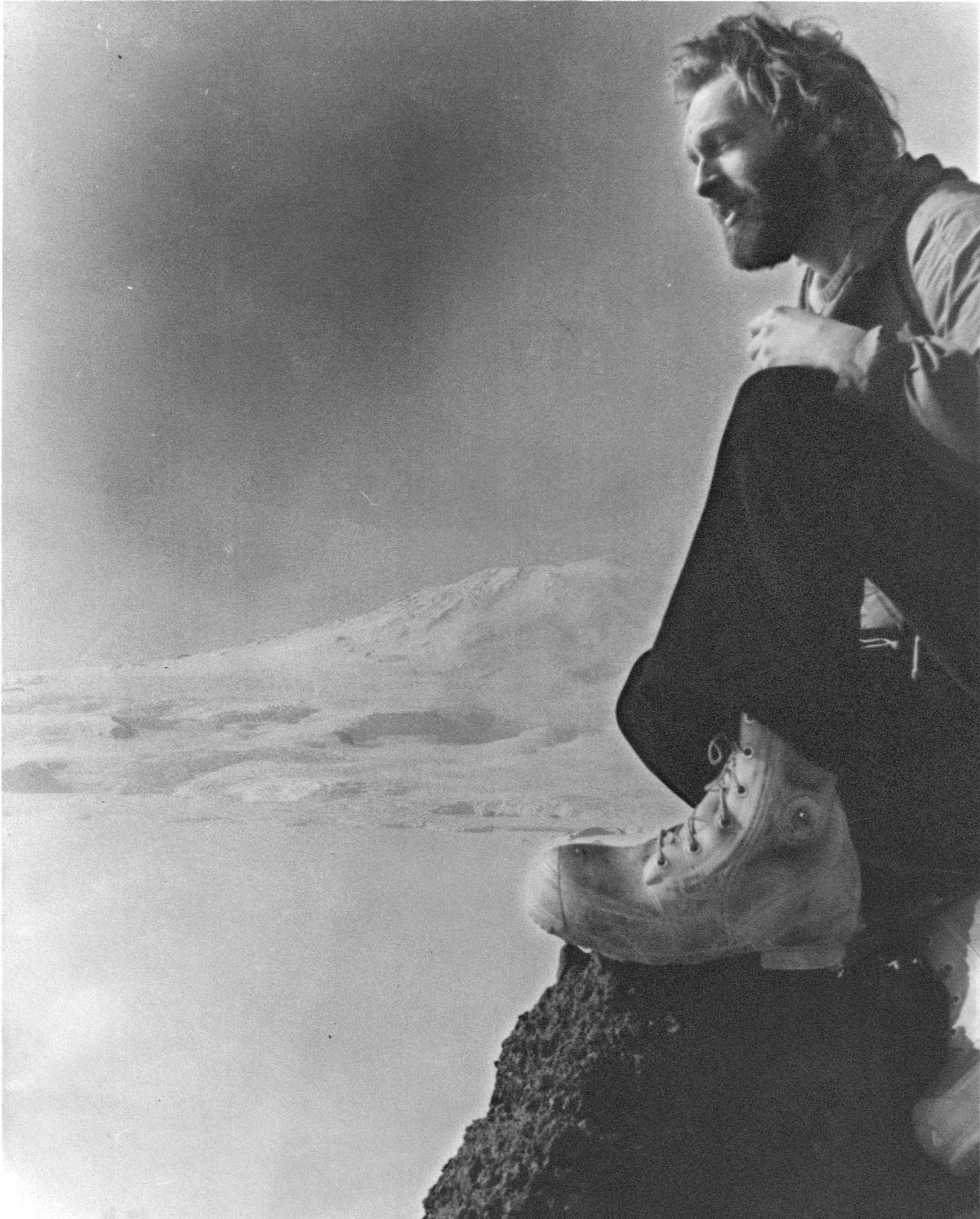 Also McMurdo, Ross Island, Antarctica, 1974, In the early days of the season, there was nothing to do but work without diversion. But when word spread around the base that "The Emperors are coming!" almost everyone who could get away with it dropped everything and ran out onto the ice to meet the penguins. This particular day was very cold but calm. 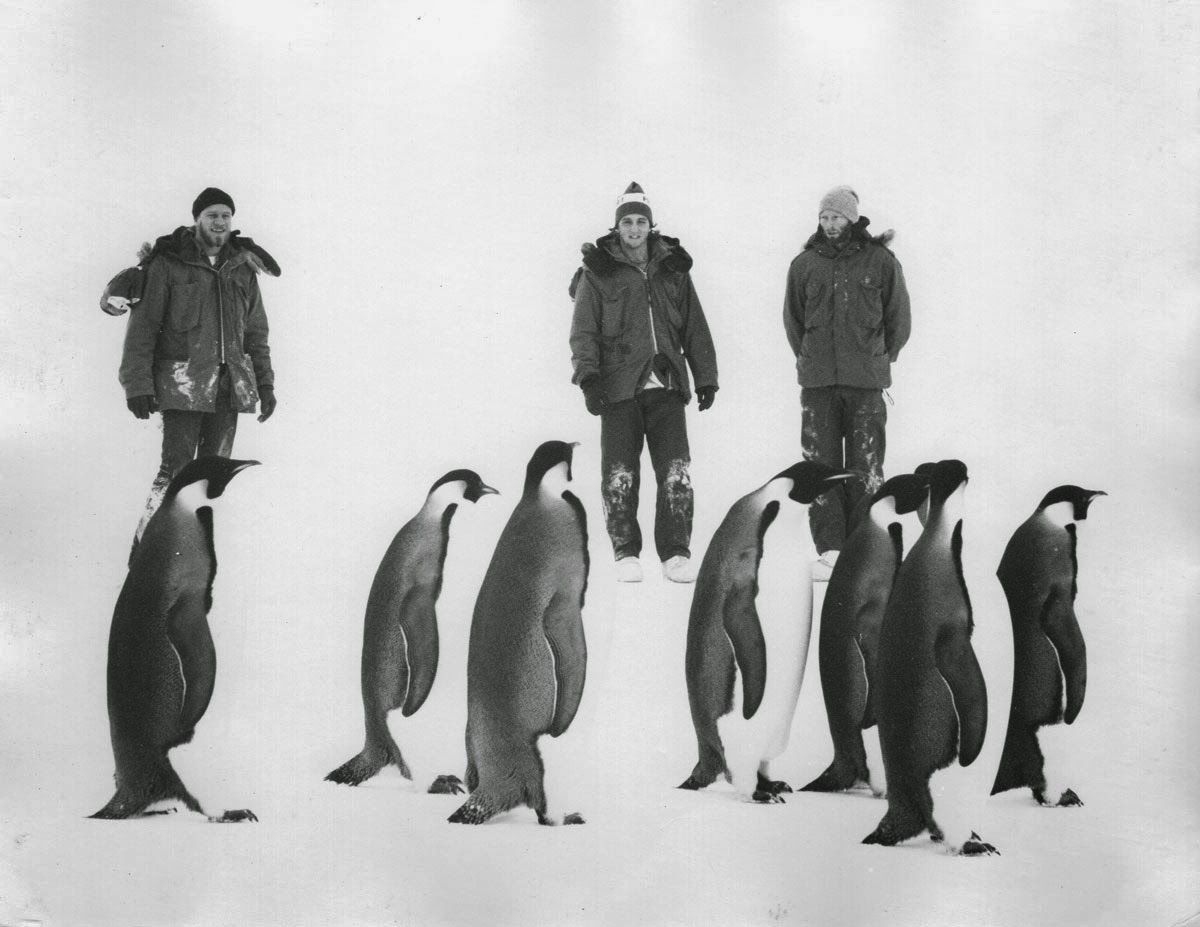 I had a Nikonos II water camera. I didn't shoot that often, and the best of my photos burned in the Painted Cave Fire in 1990, but I still have a few scraps. The is an unknown rider up at El Cap on a fun little day in the fall. The memory does tricky things, but I can't help feeling like it used to be uncrowded and pumping a lot more than it is today. Like, only 6 guys all day uncrowded. Really? Did that happen? 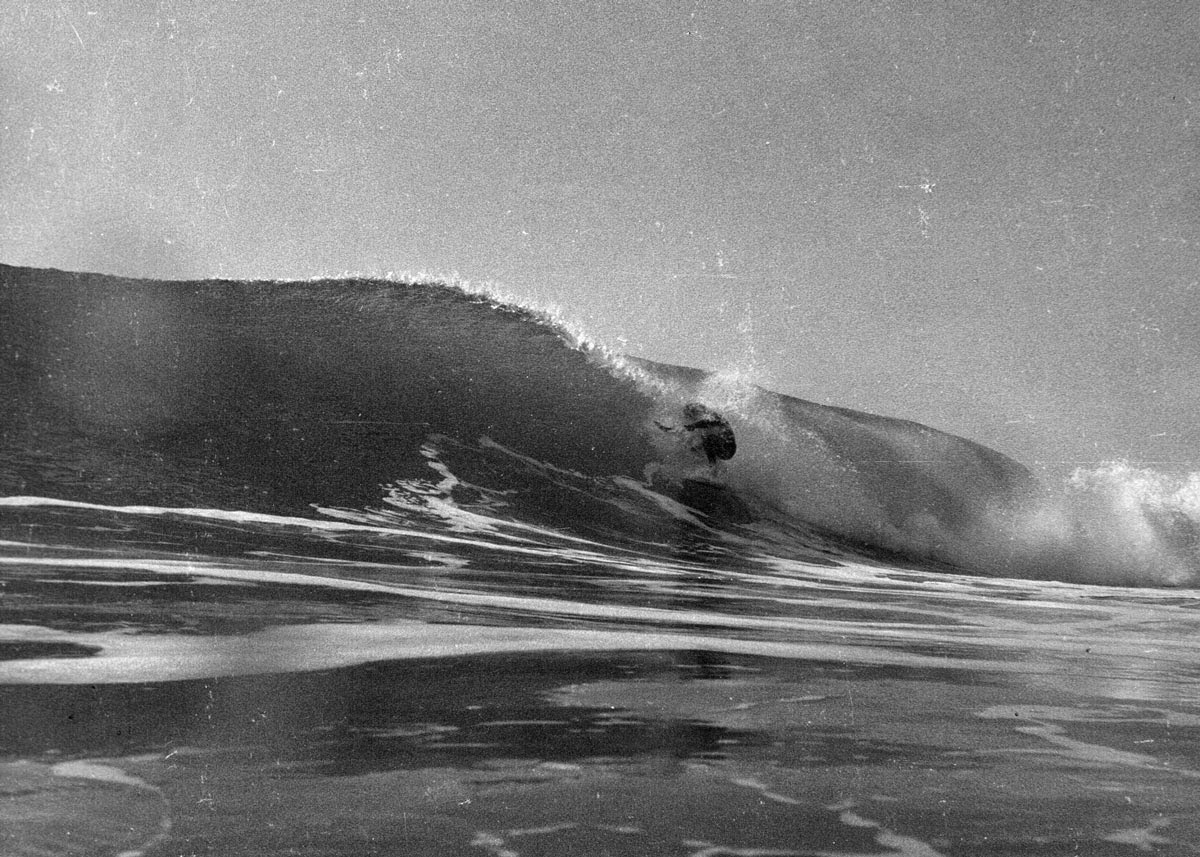 Another Nikons II water shot -- Rod Herman at El Cap in 1974. It was a crummy day, we were all about to pack it in and go home, so I swam out for a few quick black and whites. I printed with this goofy hand cut mask over it -- seemed pretty avant garde to me at the time?
﻿ 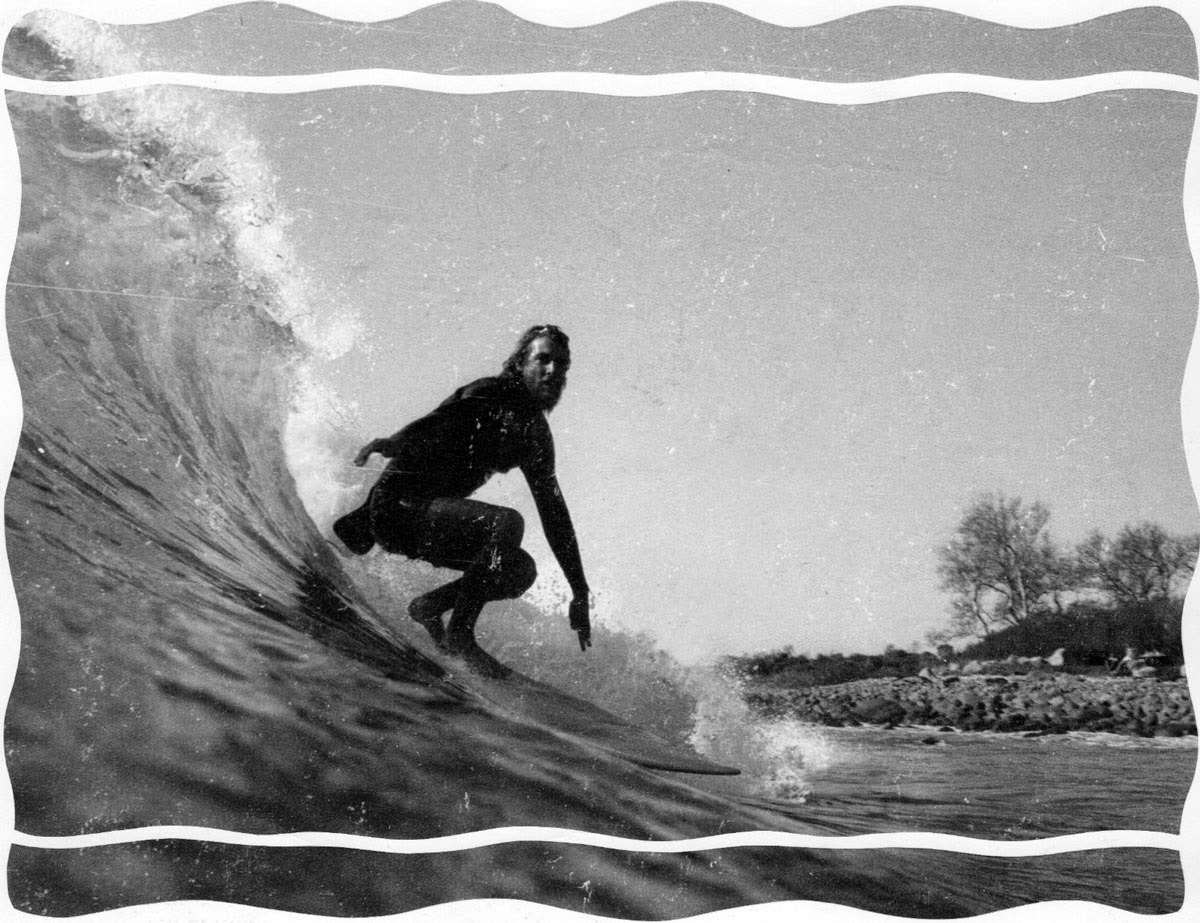 Awesome pics!!! Always wanted to go to Antarctica.Nice to see these shots!

Amazing photos...what a place to live and work

Rod Herman is a style master. The back foot, the hands ...