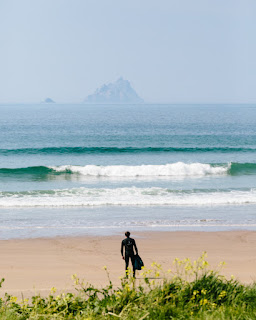 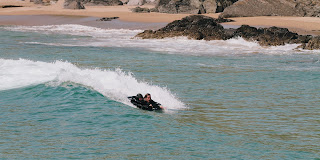 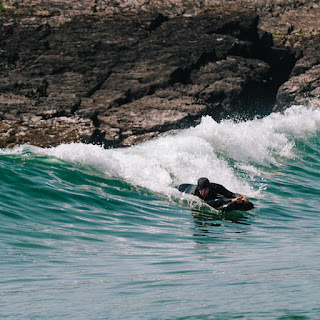 Just thought I'd give you a bit of a update...
We got away for the weekend just gone, and I think we have another covert to the church of the magic towel. Pete had no idea what we were up to when we were heading to the beach without boards in the van...and got a great surprise when he was presented with his mat!

Two sessions later and he was starting to get his head round things, and getting to hold a line. His surf stoke has been rekindled!   :)He's decided against the 3rd session, as he didn't fancy looking like a lobster for his wedding on Friday, so he took a few shots. (Attached.)