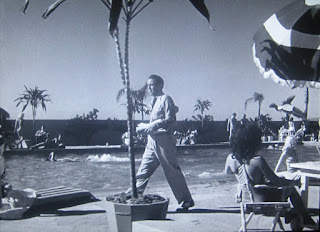 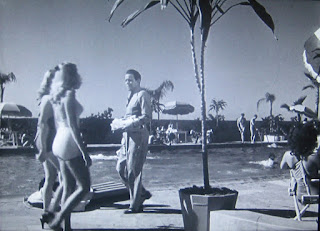 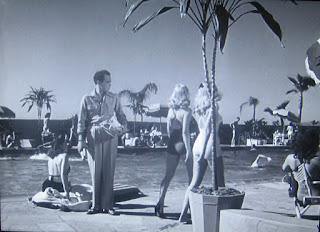 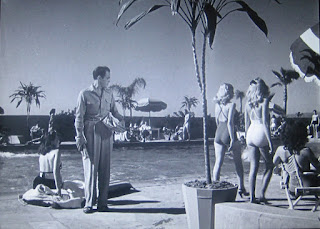 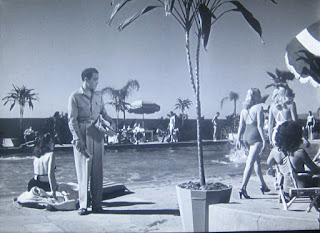 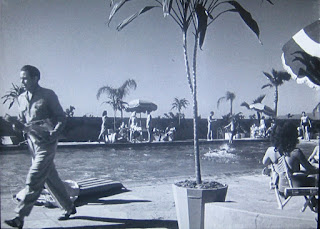 For Americans with basic cable, Saturday nights often include an episode of "Noir Alley," a retrospective of 40's and 50's black and white crime films...hosted by noir-film-fanatic Eddie Muller.

Along with its usual mix of femme fatales, gun play, and double crosses, last night's noir offering (Repeat Performance) served up some poolside salaciousness with an inflatable backdrop. But the male protagonist got it wrong...clearly, the hot babe was the brunette with her own mat!
Posted by Paul Gross at 8:14 AM

Since the mat wasn't a 4GF it wasn't worth looking at!