70 Years Ago This Week 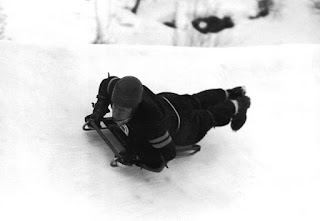 On February 3rd, 1948, this Skeleton run took place at the track at St. Moritz, Switzerland during the Winter Olympics. The racer is John Crammond, of the U.K. He placed an impressive 3rd that year.

As to the "Why?" aspect of posting it here...well, it doesn't take much imagination to figure that out!

Skeletons are similar to surfmatting, in terms of how the vehicle is handled by the rider.

Clearly, riding technique and the sleds have evolved. Is there anything for us to learn?  Maybe! 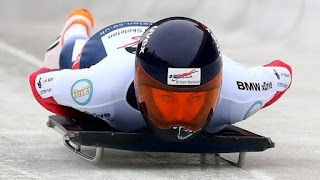 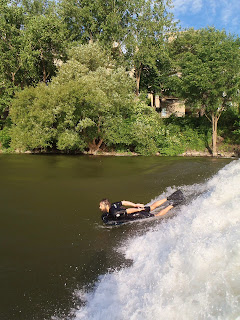 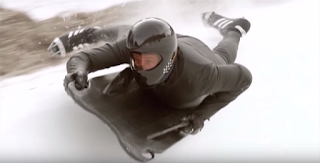 Apparently, the main distinction is between the Skeleton and the Cresta relates to the tracks they run on. Skeleton's run on bobsled courses, which are designed to keep the rider on the course even of they make a mistake -- the penalty for most mistakes is lost time, not necessarily a big crash.

A Cresta run, on the other hand, ejects the rider off the course if they screw up. Very draconian! (Maybe there's a surf leash analogy here?)

Further, if a curling stone is pushed down a bobsled/skeleton course, it will glide safely down the to bottom of the run. If the same stone is sent down a Crest run, it will slide off the course on the first turn.

The riding techniques, however, seems similar between the Cresta and Skeleton. Heaps of videos here.

Best of luck to all the headfirst sliders this year in South Korea!

For some reason, women haven't been allowed to participate at this club in Switzerland since 1929. Even the current club people don't know why. Go Figure. 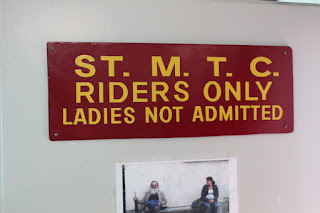 Aside from the overt sexism -- an impossible thing to overlook -- it would be a blast for a contingent of mat riders to go to St. Moritz and take their beginner's school!

Another, more fair minded, school in the U.S. here...

Also, SCUMM people, you lot can have a go as well!
Posted by Paul Gross at 4:32 PM