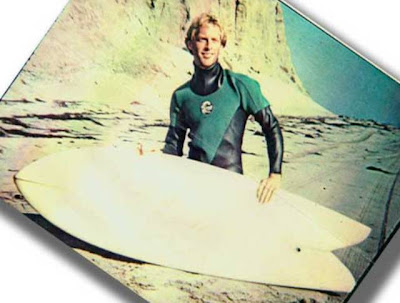 To fill in some details -- That first shot was around '76 up near Concepción. I actually owned a heavy black Super Suit, but that green suit was one of O'Neill's Animal Skins, a great leap forward in wetsuit design when they first appeared. The 5' 10" board in that shot is the 2nd and last fish I ever shaped. I had several Steve Lis boards and I tried to copy one faithfully. It worked alright, but I turned to the masters for the real things thereafter.