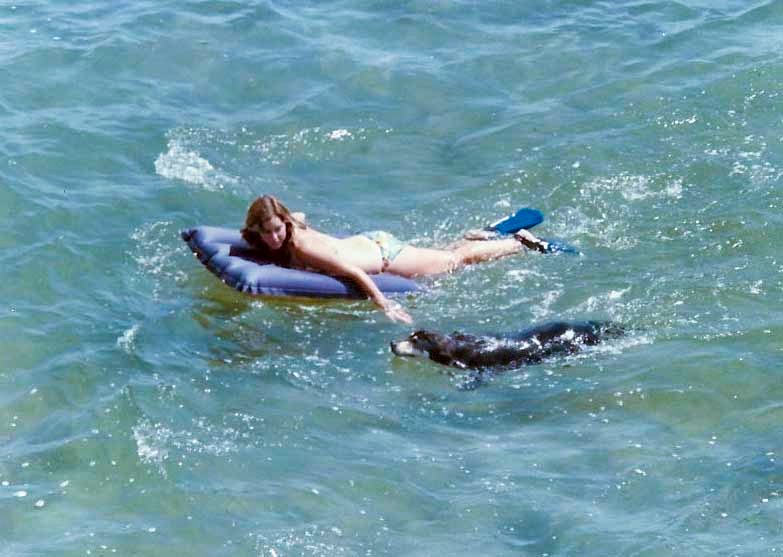 Wow....so fast! Thanks so much Paul for such speedy and great service!  I really am excited.  I will be sure to tell everyone about you since I am sure I will get lots of inquires.

I would have bought one from you years ago had I known that your company existed. Instead I have been missing what I thought were bygone days of mat surfing.

I found this photo of myself out with my dog at Bird Rock in La Jolla so many years ago. Date was around 1983. My dog's name was Risa (Spanish for Smile). The dog never swam out to the big waves, so I would just take her out for a swim and then she would turn around and go back.

It was an old mat and not many people had mats anymore. (I think I had bought two so I would have an extra when they were getting hard to find.) I was truly one of the last holdouts. I used to paddle out with the surfers at Bird Rock, La Jolla. The guys all knew me so they didn't give me any grief for being out there in "their" waves on a surfmat.  They actually thought it was funny that I was still riding one.

This makes me happy