Hello, and a Report of Fun! 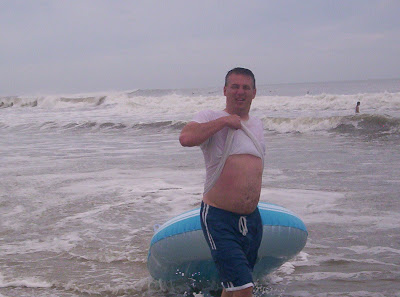 We hope that our email finds you doing well.

Steve and I have had some fun matt sessions lately! Two days stand out...

One gray day we were at one of the reefs on a mixed swell. We were connecting lefts down the line, across facey sections and through the bowl around the corner. The feeling of speed is amazing. I have been riding the Standard with less floatation and am really liking the ability to set the bottom curve or straightness. One wave stands out, as I had slipped off the mat on a left, and accidentally planed on it using my hand like a hand plane, with my torso higher on the wave face. After this section, I was able to pull it back under me and make it though the bowl. The sensation of planing on my body, with the mat out in front and to the side was amazing, and the fact that I made the long wave, too.

The second day, the waves were more SW focused and cleaner and the bowl was more timely. Steve has been ripping on his Roundtail Tracker, and the kids that surf the inside are hooting him on, as he got barreled again and went flying by. The kids remarked how much fun Steve is having and how fast he's going.

Thank you for making such wonderful wave riding craft.

Aloha,
Cher and Steve
Posted by Paul Gross at 9:55 PM