Tom at the Trestle... 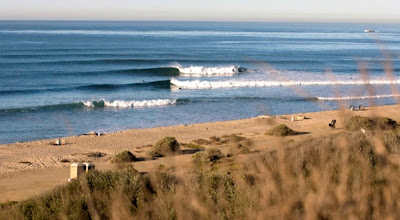 I surfed Trestles yesterday. The swell was average 6' faces glassy early morning predawn session. Being it was Sunday I thought it would just be a floating session due to crowds and such, wrong!!

The waves were shifting around enough to create opportunity for everybody to get waves.
I played around with inflation letting more air out after each set until I was at that magic towel place.

I had an insight moment. "The wave was drawing me along with it." I didn't need to do any
thing. I rode many waves behind people and was OK with it, which is not my normal way of surfing.

Got a lot solo, too. One wave was just freaking beautiful. A long ropey wall of water I didn't want to mess it up. It was prefect no need to do anything!?!?!!!

A full ZEN day to say the least.

Two things stand out the most.

1 (LESS IS MORE) Less care about performance, equipment, appearance and results.
2 (MORE IS LESS) The more I impose on the wave, the less I appreciate the wave.