30 Years of Testing and Tinkering #2: The Dimension Paradox 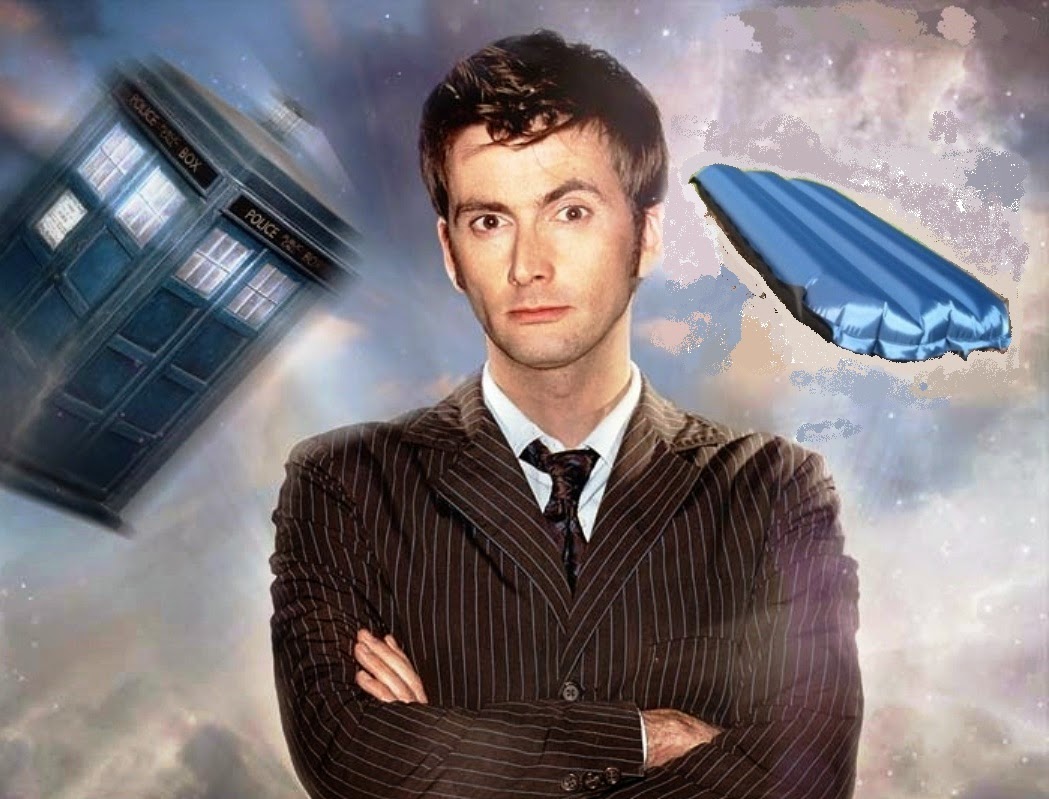 No, "The Dimension Paradox" isn't an episode of Dr. Who!  But Sci-Fi television frequently bases a story around some kind of threat from a parallel universe, where nothing is what it seems.


I often rely on the well-worn platitude that “nothing is what it seems” to deflect questions about the dimensions of surfmats. And for good reason. Mats are virtually impossible to measure in a manner we are accustomed to here on earth.
I know, I know...this flies in the face of the praise I heaped on mat building in Part #1 of my treatise, “Thirty Years Of Testing And Tinkering.” In it, I said:


“In spite of the fact that mats are made up of curved tubes when inflated, the “build parts” are all straight, square, and thus easily calibrated. And while it’s virtually impossible to handshape two identical surfboards, it’s relatively easy to build two identical mats. All the parts can be marked out in the style of a draftsman, then assembled and welded with great consistency.”
Every word of that is true…but the twist is this: the instant a new mat gets welded up, those “precise” dimensions shrink a bit as the welds cure. Then, after that mat is surfed and goes through a few wet-dry-wet-dry cycles, those numbers shrink once again.

Conversely, and paradoxically, when the mat gets re-wetted out in the water, the dimensions loosen up, but not as far as the original build layout. They land somewhere in the middle. By the time a mat is used 3 or 4 times, none of the length/width/thickness numbers match up to what they were when the mat was originally built! But they are indeed proper, because when a prototype is built that works well, I can easily replicate it in future mats. What the exact numbers are on a finished mat don't matter. What matters is what numbers I use when I build the mat, and how that mat subsequently works in the water.

All this is fine from my perspective, as a builder. But from your perspective as a mat rider, it can be frustrating. Surfers often ask me how long or wide or thick a certain model is, and I can’t/won’t answer because the dimensions I go by – the numbers used in the initial construction – don’t exist in terms of the finished mat. At no point in its life will a mat calibrate, dimension-wise, with the original build numbers.


The most common dustup resulting from this confusion is when someone gets a backup mat for a model that they’ve been riding. They lay the new one over the old one, and say, “My new mat is longer than my old mat!” Well, both mats were made from the same material, and laid out with the identical set of build templates. The difference is the result of the older mat’s aging process. The well-used, broken in mat is “correct.” And the new one will be there after a week or two of use.
Another dimension-related dilemma is when an experienced prone surfer, who hasn’t ridden modern mats, asks for a mat of a specific length and width. They usually have a favorite paipo or alaia or bellyboard with those numbers. Seasoned mat riders know that there is no correlation between the dimensions of a good belly board and a good mat. This is in part because mats are so thick/light/buoyant, in part because they are so flexible, in part because they have no fins, in part because mats are parallel and have no outline shape, and in part because mats aren’t ridden fully inflated…so who’s to say how wide or long they really are when in use?


I hate pulling out the “I know more about this than you do” line with new mat surfers, but I have to now and then.


It’s worth pointing out that a big part of the charm of mat surfing – that mats are pliable both literally as well as figuratively – contradicts the dimension-based wisdom of conventional surf craft design. In effect, mats are in conflict with the natural desire for surfers to understand the equipment they ride on a numerical level. It reminds me of the classic real estate anecdote about the man who asks the square footage of a property, while the woman just walks and around the place and takes it all in. When it comes to mats, just take it all in!
Posted by Paul Gross at 11:44 PM

Love it. Thanks again.

This is why I like the 4GF system so much. Given that everything about mat riding is in flux, it's beneficial to design and build in a methodical manner.

One thing I really like about 4GFs is how they change over time. My trusty Standard is a few years old now and has become very pliable with a noticeably different feel from when it was new. Sort of like a favorite pair of broken in Levis.

Switching between my still quite new Lotus and good old Standard provides contrast that makes me equally appreciate both the crisp fresh drop-rail feel and the soft-and-drifty easy-turning well worn flat pontoons sensation. Neither is better or worse, but definitely different. These are my two go-to mats. The mellow soft Standard for playful surf, and the crisp ultra-precise extra-grippy Lotus for powerful waves. Super-Stoked!

I realize now that it was an amazing feat for PG to even respond to my question about mats having curved outline shapes like surfboards. of course they're straight. Of course there parallel. That's the way it is and that's the way it should be but who knew. well, PG knew. Someday I'll order a drop rail, spanking new crisp version of my beloved XL-RT as a contrast to the blue jean worn version I have now (currently on loan to Da Bolt).