I hope I have given you and the viewers a bit of an idea what the last trip was like. We surfed a heap of other spots as well but was unable to capture any photographic evidence. 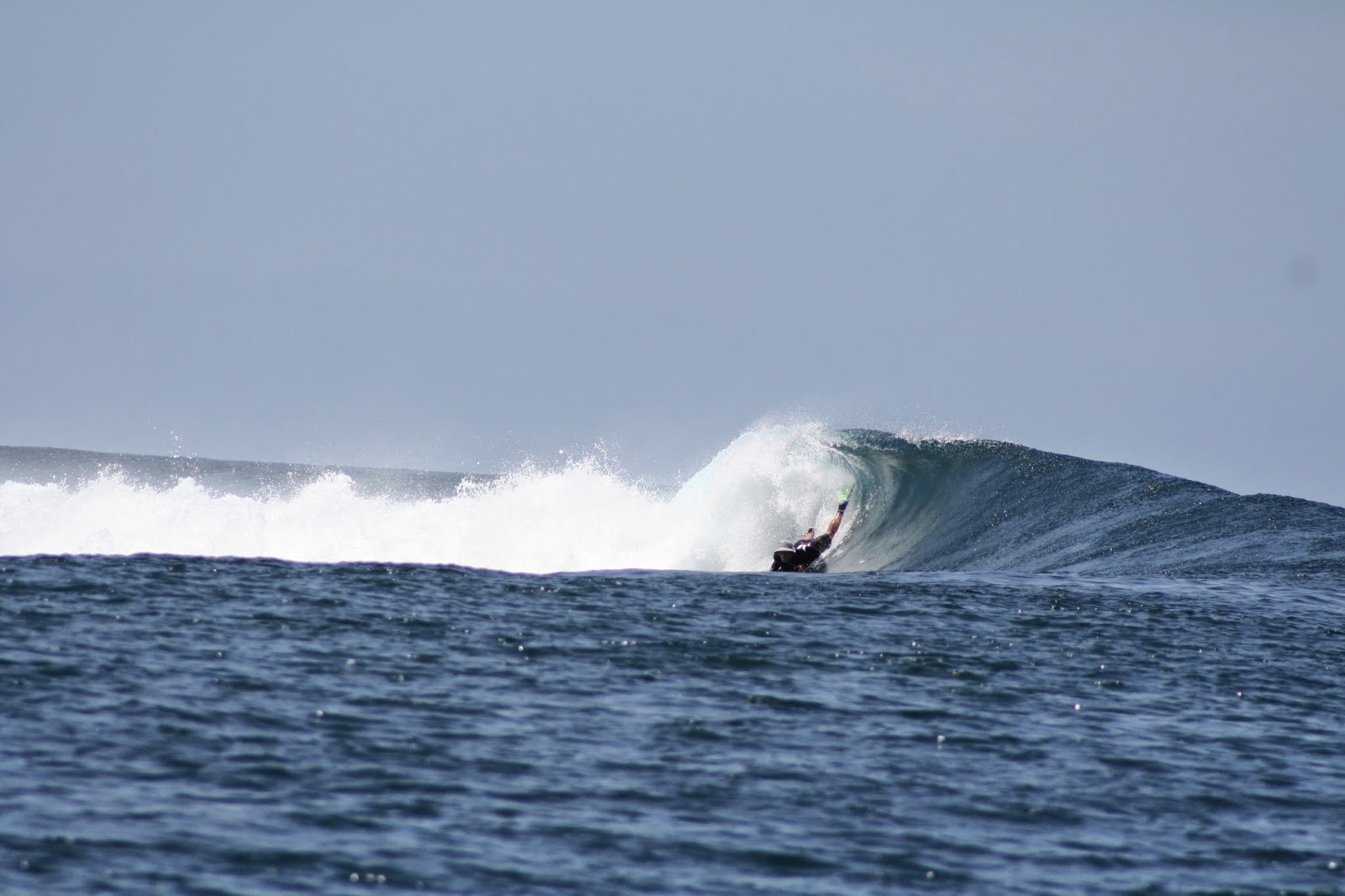 I took  5 mats with visions of riding different models as well as having back ups in case of any failures or losses. As it worked out I only rode 1 mat the whole time except twice, once being the Standard in 1 foot onshore, and once a 5GF in a hip height left and right peak. The rest of the time it was the Lotus 7. I stuck with that mat as the surf was pumping and I just felt so confident riding it. It performed excellently in all sizes of waves, which were all reef breaks. It just loves the indo power.

In 28 days I surfed 25 days including the day I arrived and the day I flew out. One day I wasn't allowed to surf as it was Hari Nypei , one day traveling and one day surfed out (read hungover). Surfed at least once a day, but most days 2 or 3 times and a couple of days 4 times.

Combined with a couple of weeks late last year this mat has had 6 weeks of heavy abuse in Indo conditions, from 2 - 10 feet waves (measured from the back), washed over reefs, washed into rocks, extreme sun and used as a pillow. Many times I would flip the mat putting the heavy deck between me and the reef, whether it be paddling across the reef, exiting or what ever there was  times where it was good to have the security of a bit of solid material. One time I brushed over a big brain coral deck down and on inspection there was a slight scuff but a strong smell of coral wafting from the otherwise unharmed deck. At times I was rag dolled so badly clinging desperately with a bear hug to a limp mat that I feared the valve had popped only to have the mat pressurize as the mat carried me to the surface. So this mat has had some heavy usage and today it still looks  as new as when it came out of the box. This is a testament to the durability and quality of Fourth Gear Flyers. 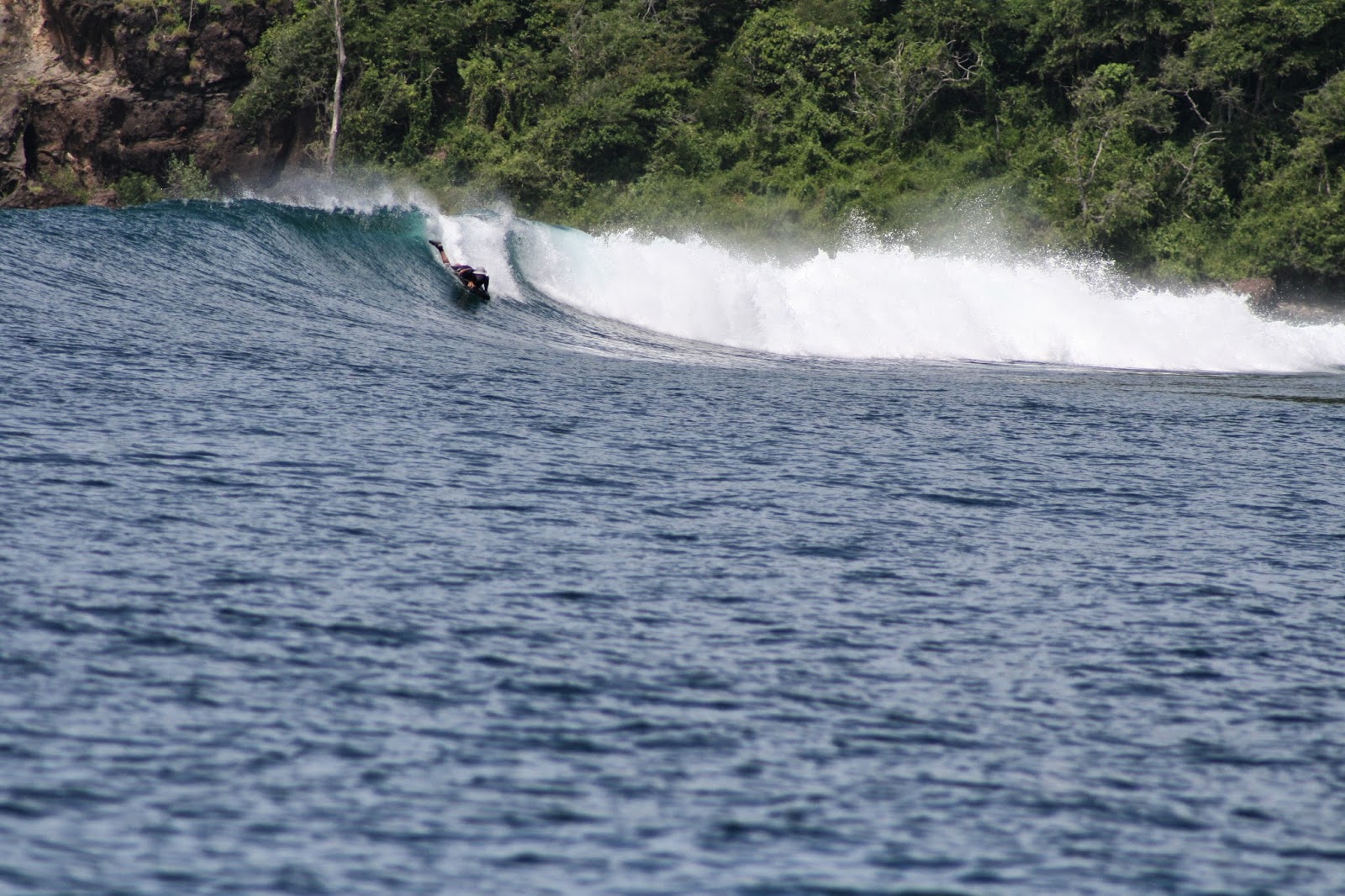 I always take a spare flipper or like last trip a spare pair. In four trips Ive need the spare twice. One time a viper failed at the drain hole and last trip a duck feet at the heel strap. While both were still usable they may not have lasted much longer so it was good to have a spare. I was surprised how hard the surf was on flippers as I rarely break one at home. 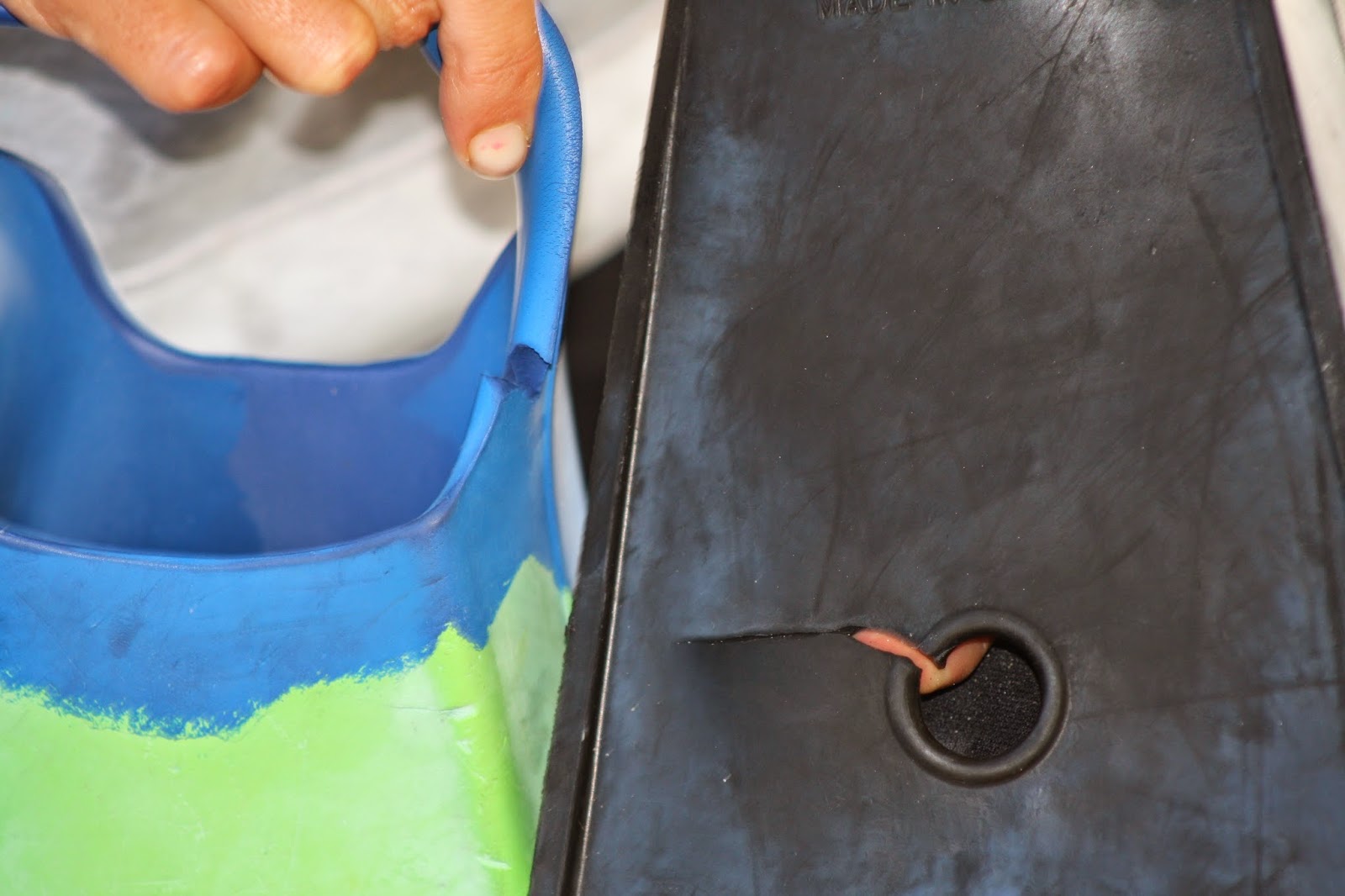 Fin savers are an absolute must and they must be in good condition. One previous trip the velcro was coming undone every other wave and every duck dive so I had to resort to tying a reef knot with the velcro. It actually worked well, even too well as it is very difficult to untie a reef knot in velcro !

Hats are almost a necessity in the tropics even though they are annoying to get used to and give you bad posture on the mat.

The last tip I have is very simple but It took me a while to work it out. Riding motor scooters as the favoured transport in Indo I have tried heaps of different methods to transport my matting gear including sitting on the mat, using a back pack, using tie downs on the back of the seat etc etc until I discovered this most effective and simple way. All you do is roll up your mat ( rash vest can also be rolled up) and fasten with a finsaver. Then take the remaining finsaver and loop the two flippers together. Then the flippers and mat firmly secured together by fin savers are simply hung on the luggage hook on the scooter dash. I guess a lot of matters use this technique... just took me while to figure it out ... doh ! 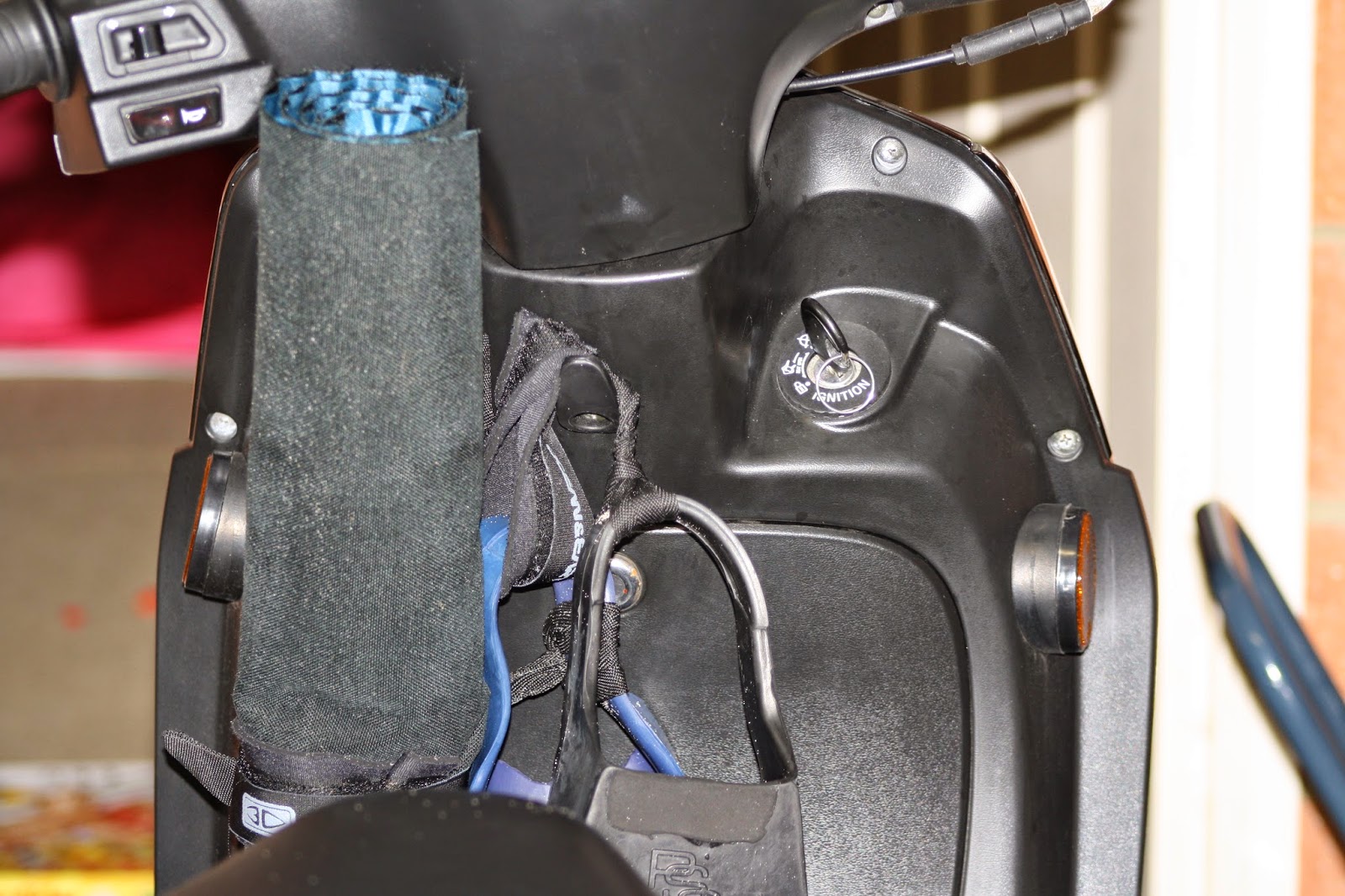 Apart from nearly drowning and popping my knee out ( luckily it clicked back in a few hours later) on the second day in big waves including a big swim, I remained mostly injury free. Except for a few urchins, cuts, scrapes and the worst of all a couple of strained knuckles. My first knuckle on my right hand pointer is still sore from hanging on. 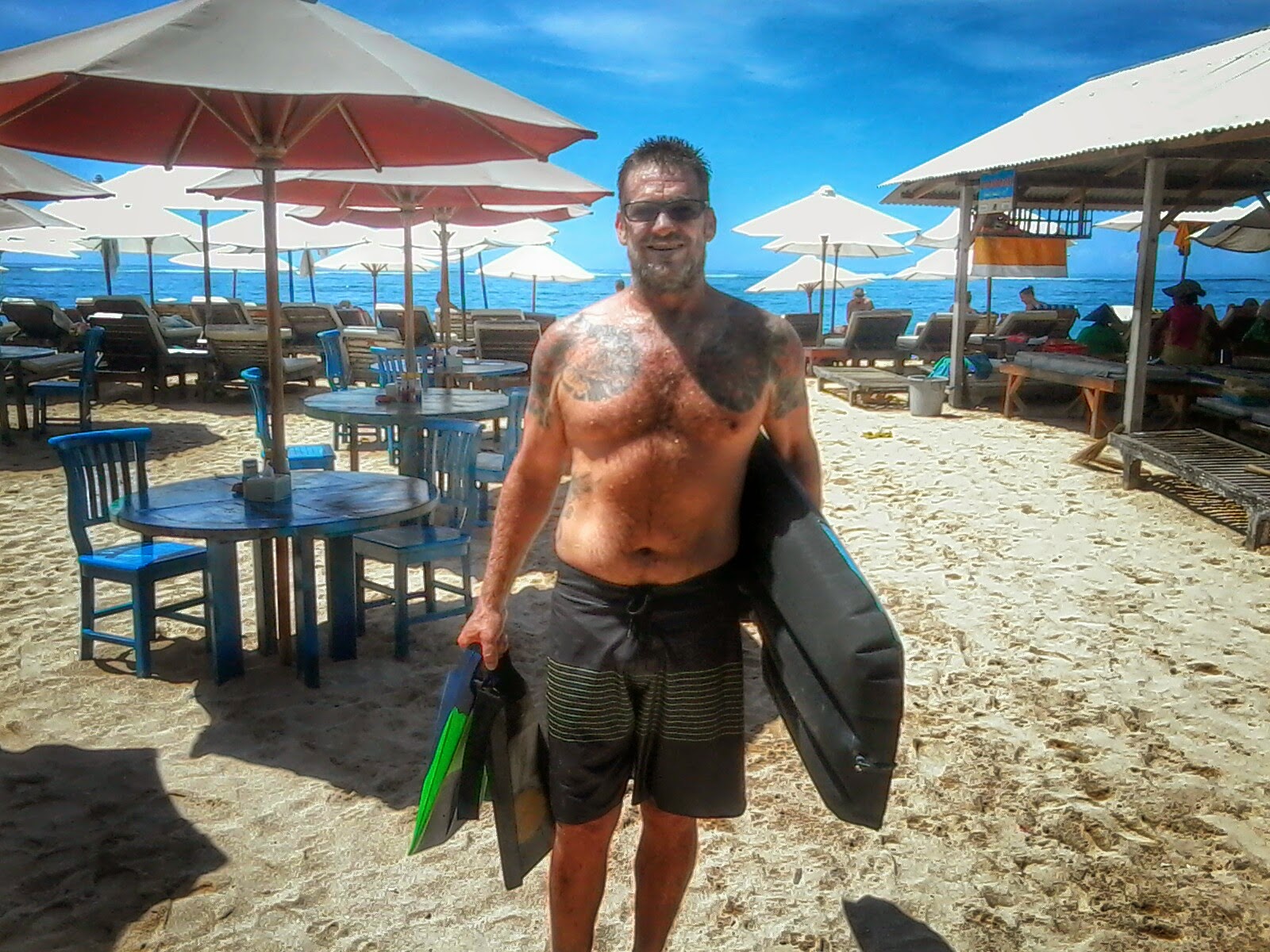 It was really a great trip, scored some mind blowing waves and pushed my own personal limits on the 4GF's, cant wait for the next trip to try and push it a bit more, find some new mat waves and have the best time of my life

Thanks to Paul and 4GF.

What a dream trip!