30 Years of Testing and Tinkering #5: The Law of Dynamic Positives: Part 2

This is a continuation of last week’s rant about why so much of mat design -- mostly by dumb luck -- is well suited to riding waves. And not just suited to riding up to the shore on a foot high bit of white water...but also riding quality waves in a fast, “effective” manner. 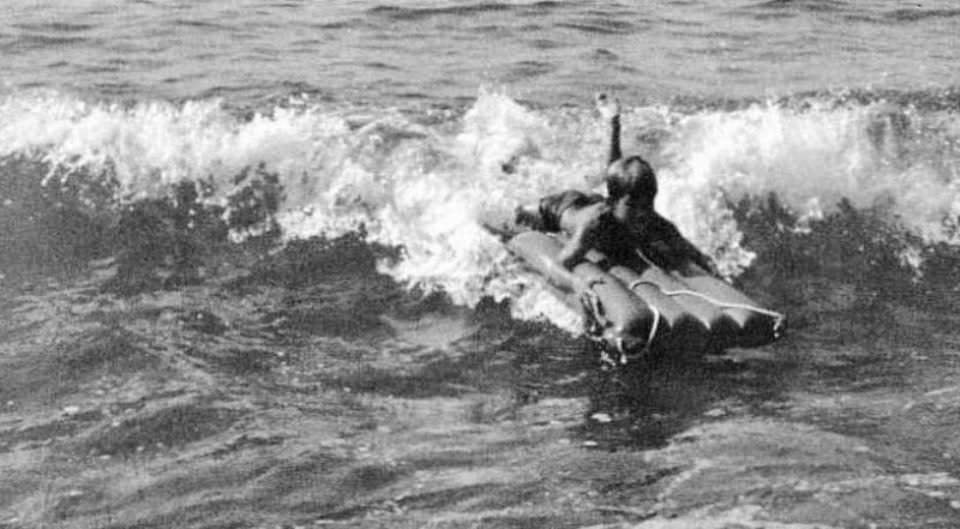 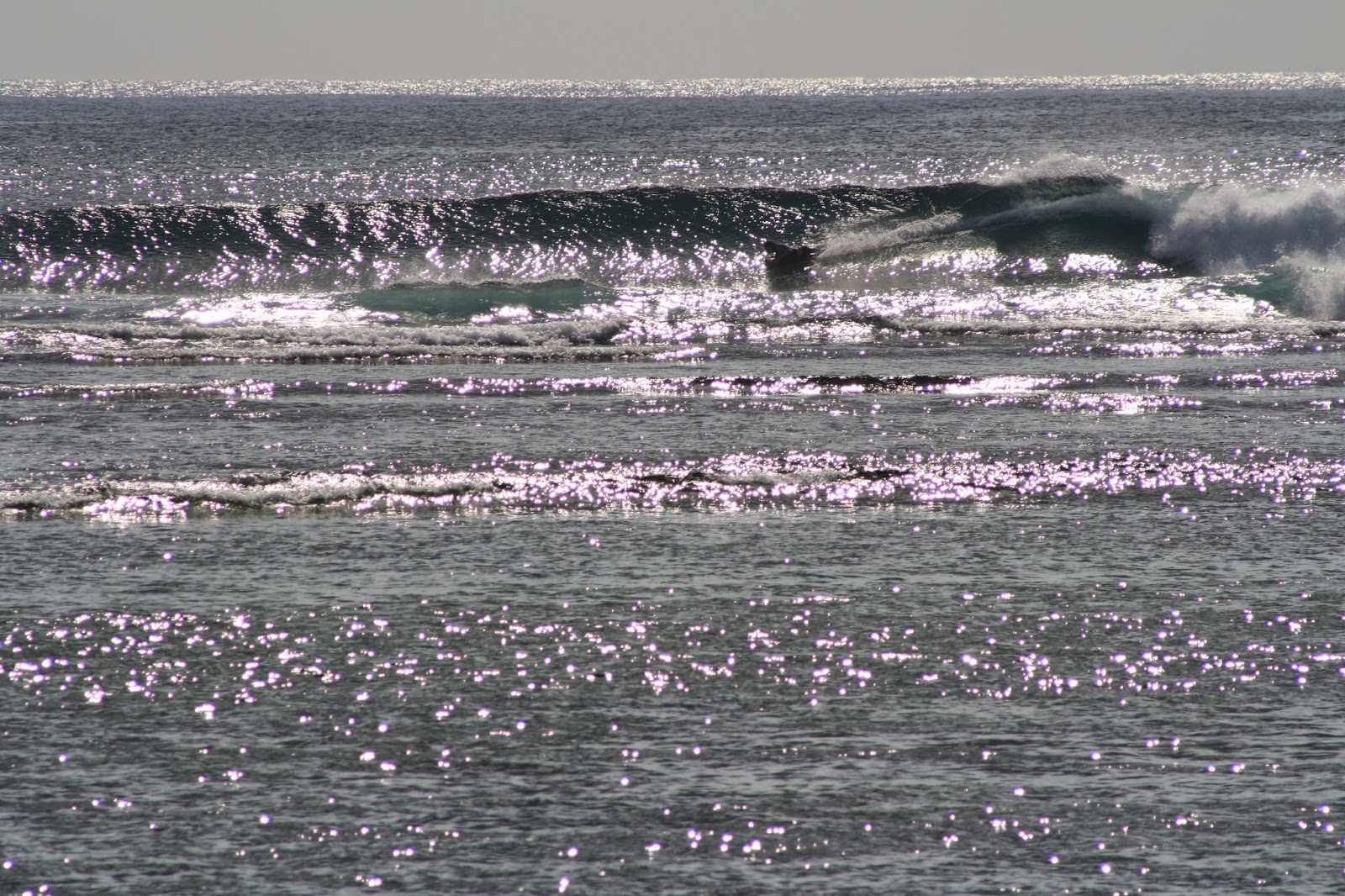 Of the many "natural" elements of mat design, the round rail is the most misunderstood in the eyes of the average board rider. The fat, round rail shape is one of the reasons that even older, heavier, stiffer mats can attain such amazing speed. Yet that flies in the face of “conventional rail design wisdom.”  Most surfers today believe that low, edgy rails hold in better and are faster…while round rails are sluggish and slide out.

This is a pure round rail, with no fin, holding in and flying. Not on a small wave, either...

...and a hard bottom turn with only the fat part of the inside/lower rail in the water. Flippers completely free of contact as well. Pure rail hold. 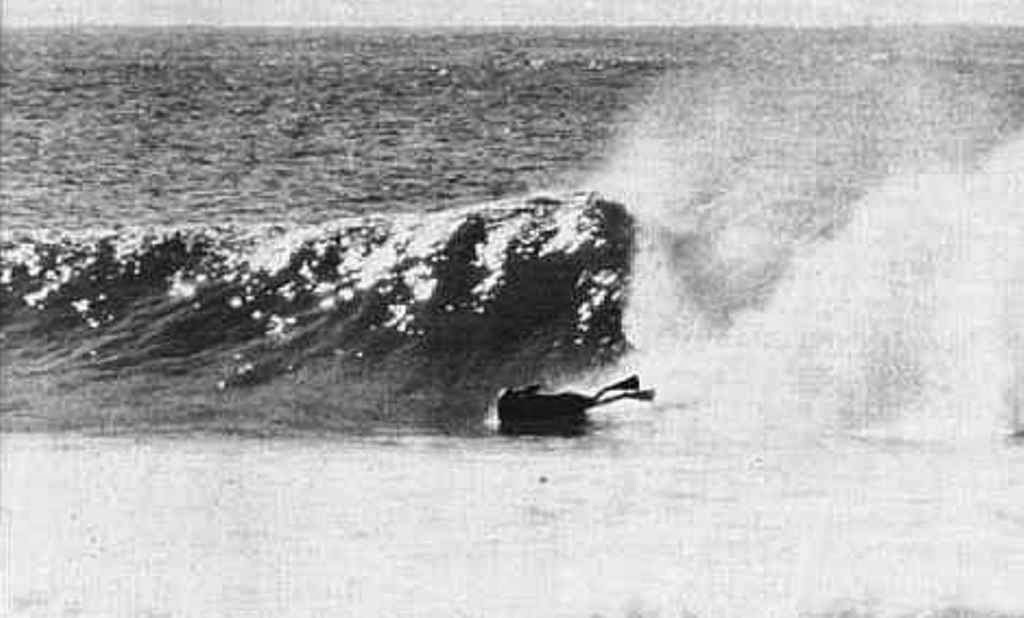 Misconceptions about round rails came about in the late 60’s, when stand up surfboards suddenly dropped in width from over 22” wide to under 19” wide…a huge difference. Experimental low rails accompanied that shift in thinking, and because the new narrow miniguns held in better, most people concluded that low rails were the reason why. In truth, it was the severe reduction in width that was providing the added hold that was so exciting to everyone at the time...but the myth that low rails were the deciding factor in this improvement persists to this day.
If you look at the footage of Dru Harrison (at the 8:30 mark) riding a narrow displacement hull in small Honolua Bay...

...you can plainly see Harrison's narrow hull held in as well as the narrow down railers being ridden at the same time. Because it was the width, not the rail shape, that did the "work."
Flat bottoms and low rails shear the water away from the board...which isn't a bad thing! Boards with low rails can skate and pivot around ‘at will’ because the board isn’t glued to the wall of the wave. Back in the 70’s, that lack of rail grip was compensated for by narrow boards with narrow tails. These days, tails have widened back up, proportionately. And, in the case of the ubiquitous thruster design, three fins are needed to give the rider command over the board without spinning out. It’s a combination of extremes – flat bottom, low rails, and a lot of fin area -- that obviously works well. But low rails DO NOT do the work of holding in. The fins do.
The finless boards prior to 1950 had round bottoms and rails, because "round" generates a severe low pressure area when water passes over it (or it passes over the water). And that low pressure area draws the rail into the wall of the wave. 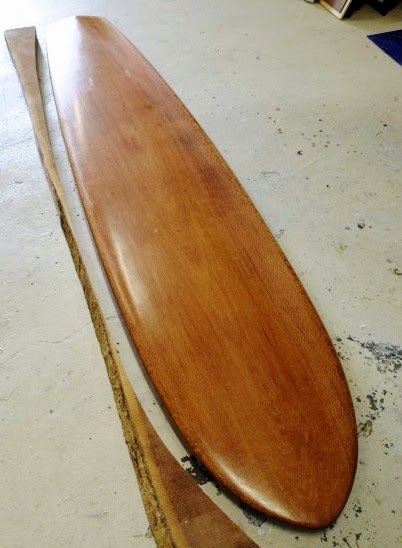 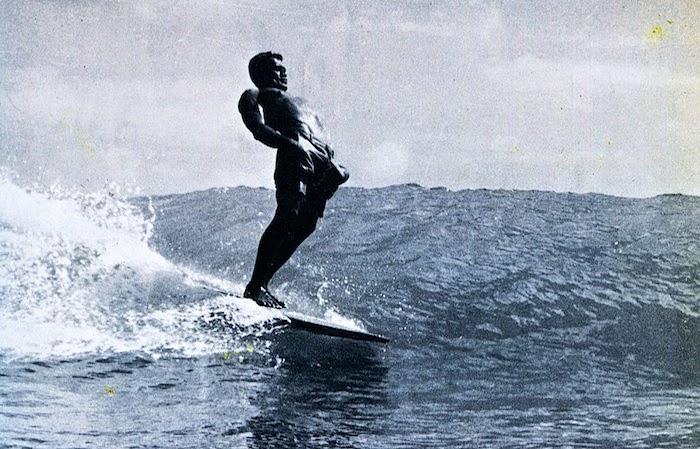 To observe this suction effect, try holding a soup spoon under a stream of running tap water, and feel the round side quickly draw into the moving water, while the concave side kicks away from the water.

An interesting historical side-note is that the fin was first used by Tom Blake in the 1930’s to control the forward motion of his hollow wooden paddle boards...the same paddle boards that had box rails with an edge going around the entire bottom due to their construction. Fins and low rails were a copasetic pairing from day-one...because Blake's early "low rails" didn't hold in. 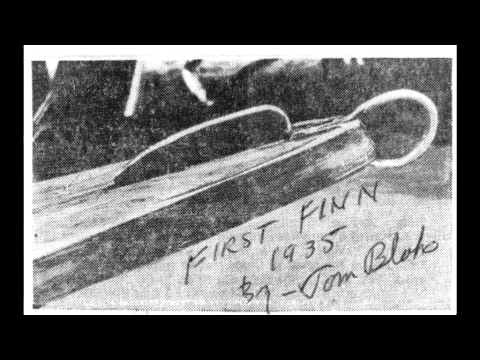 In the case of our surf mats, we have a round rail shape that's naturally generated by an inflated sheet of fabric. And, on top of that, we have a nifty little flange running around the perimeter – again, due to construction technique rather than the intent of the original designers. That flange shears water away from the top half of the rail in lower speed situations…a nice addition to an already good design package. 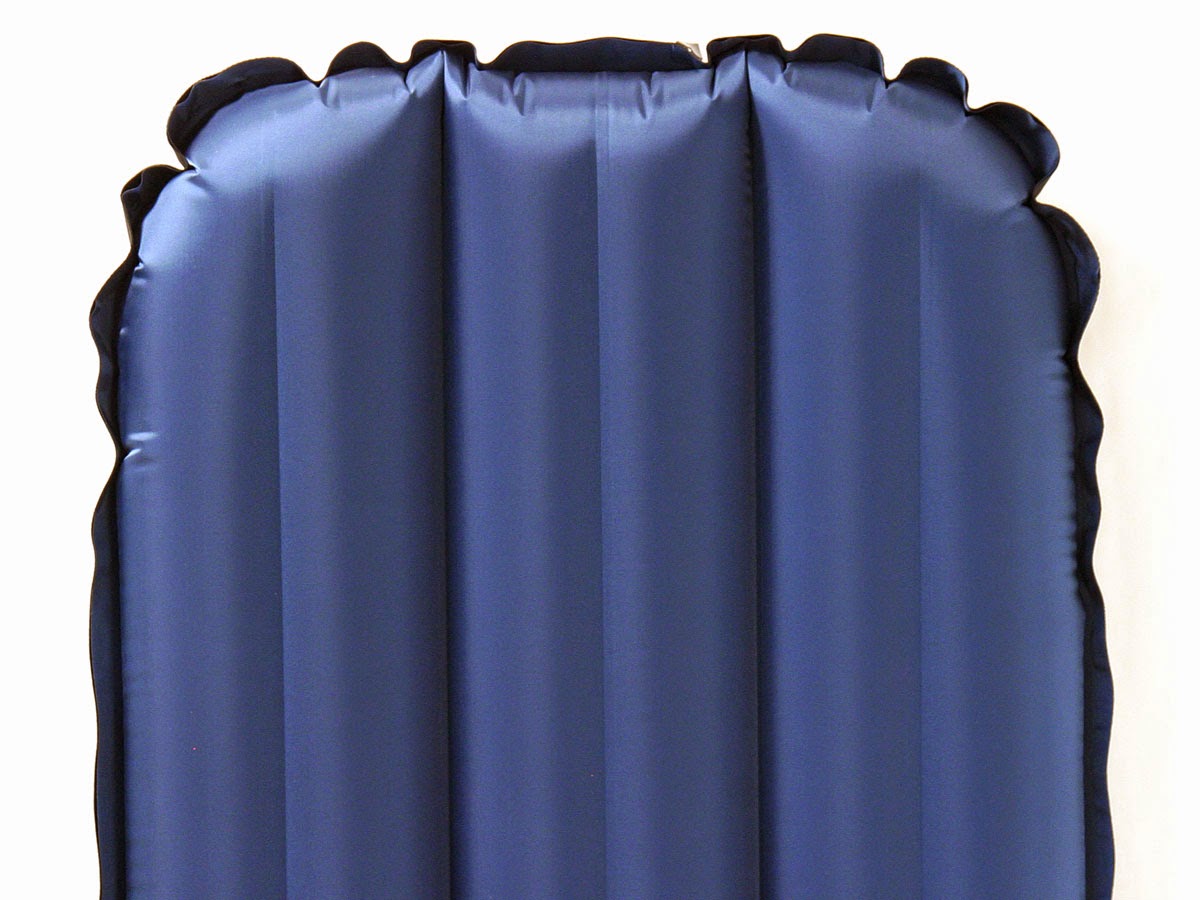 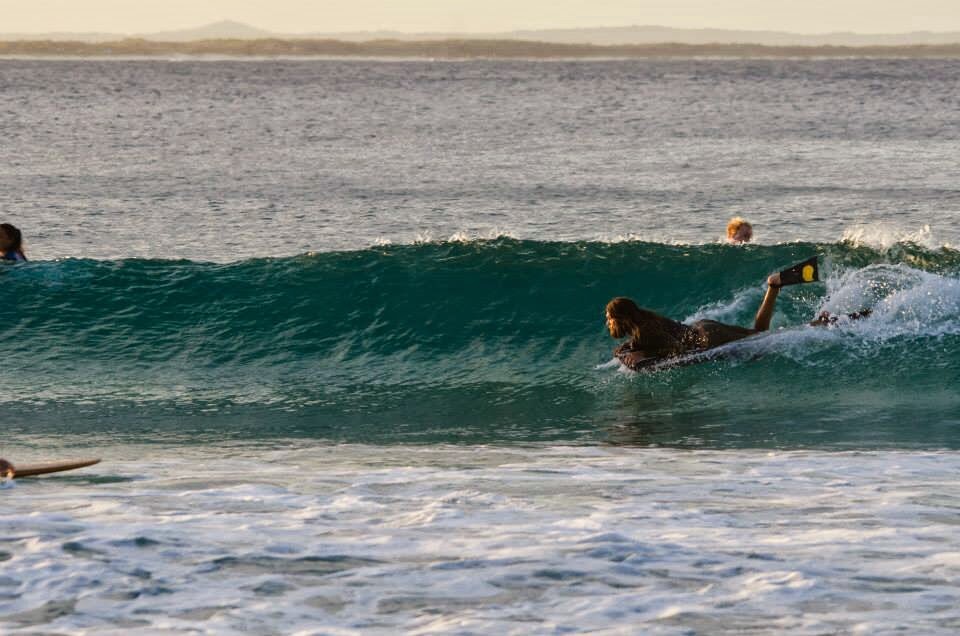 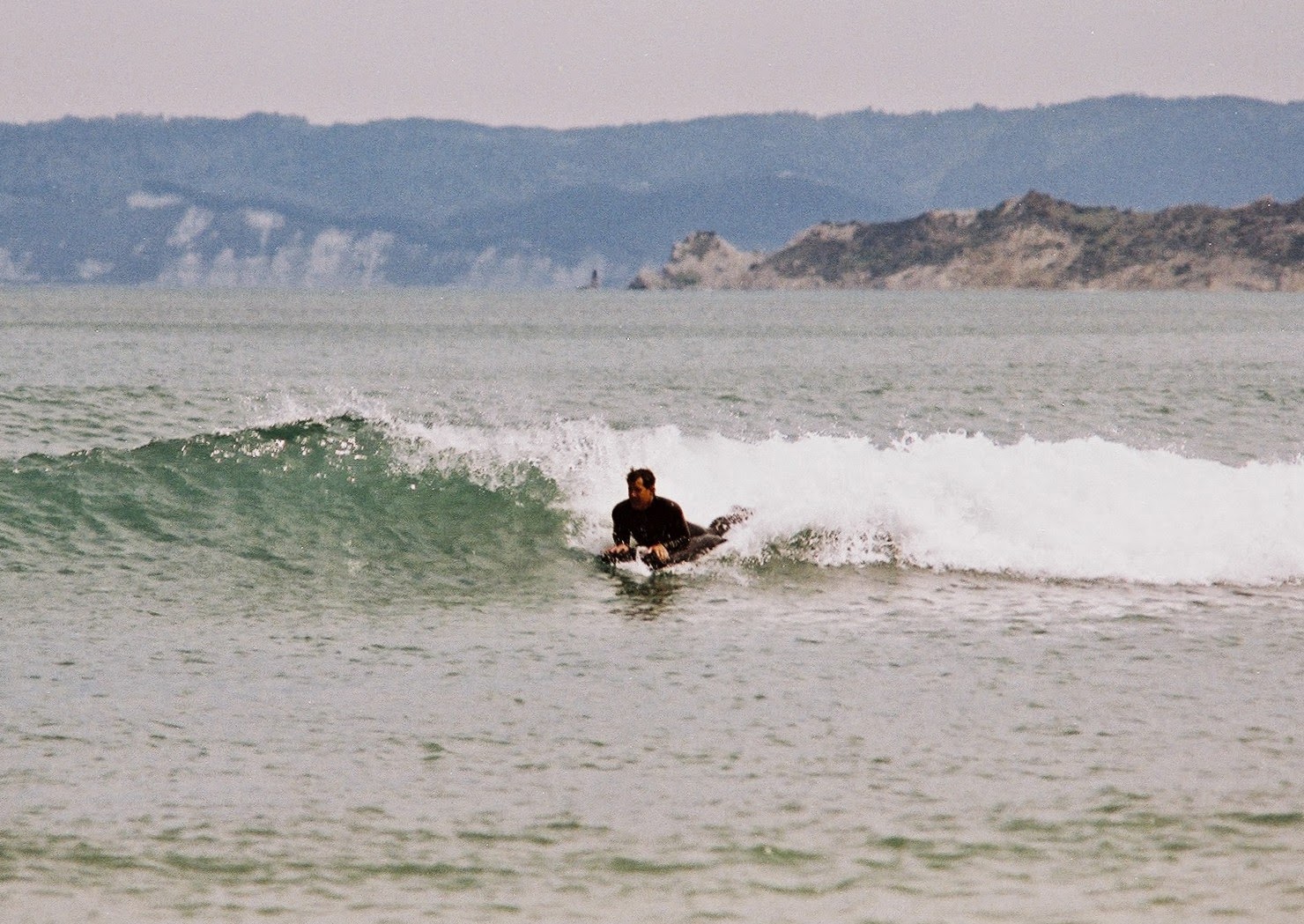 Mats also sport a flat rocker scheme, which is extremely fast, even on flat faced waves... 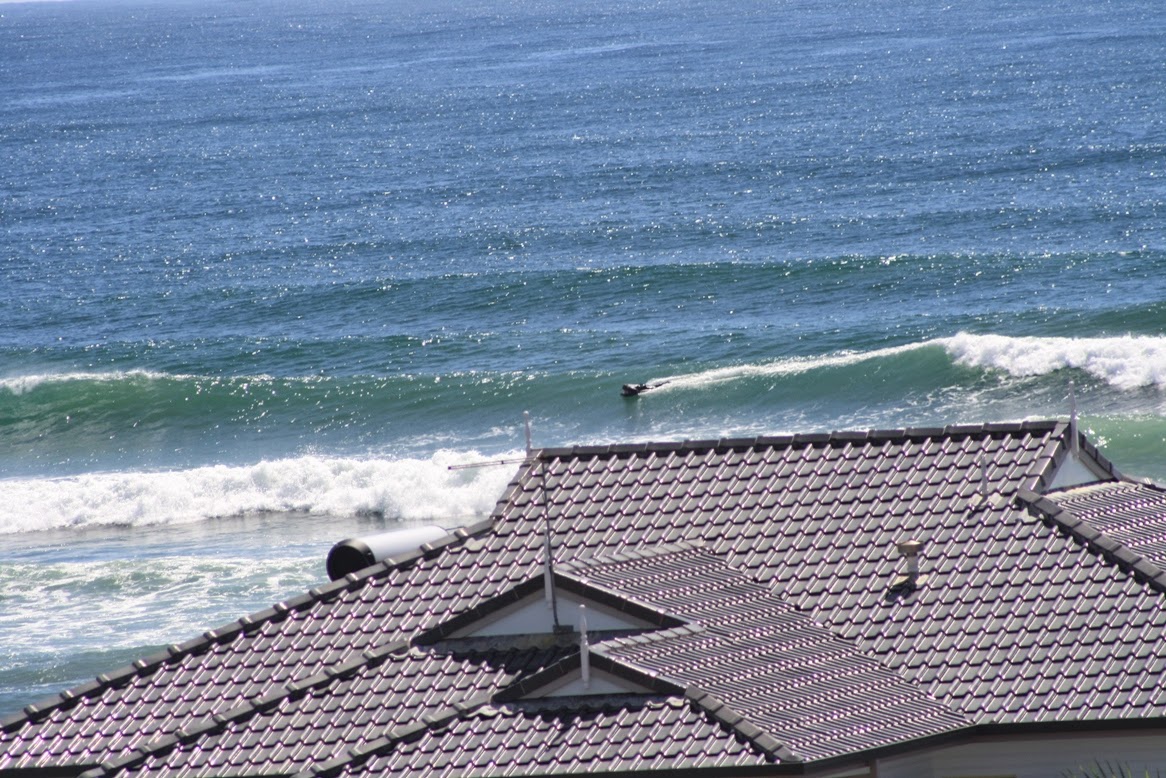 And yet mats are also flexible enough, longitudinally, to allow the rocker to conform to the face of the wave...with a little help from the rider. These two shots, taken just a second or two apart, show how even an old heavy canvas mat can change rocker shape at will… 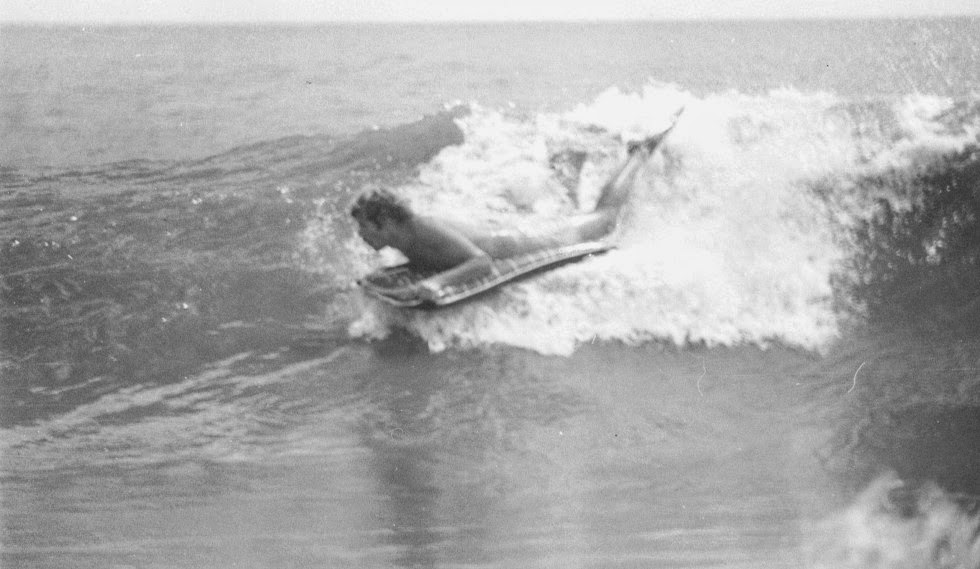 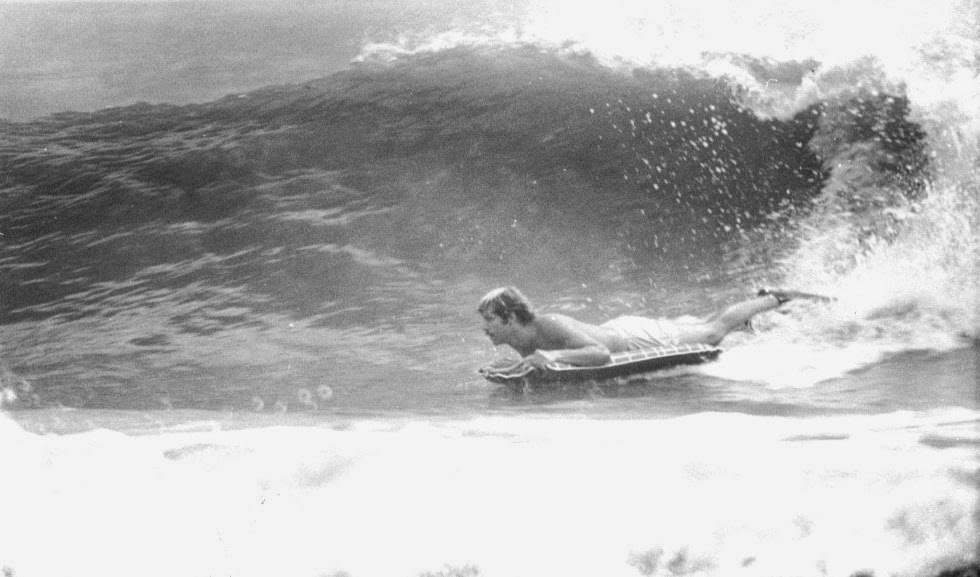 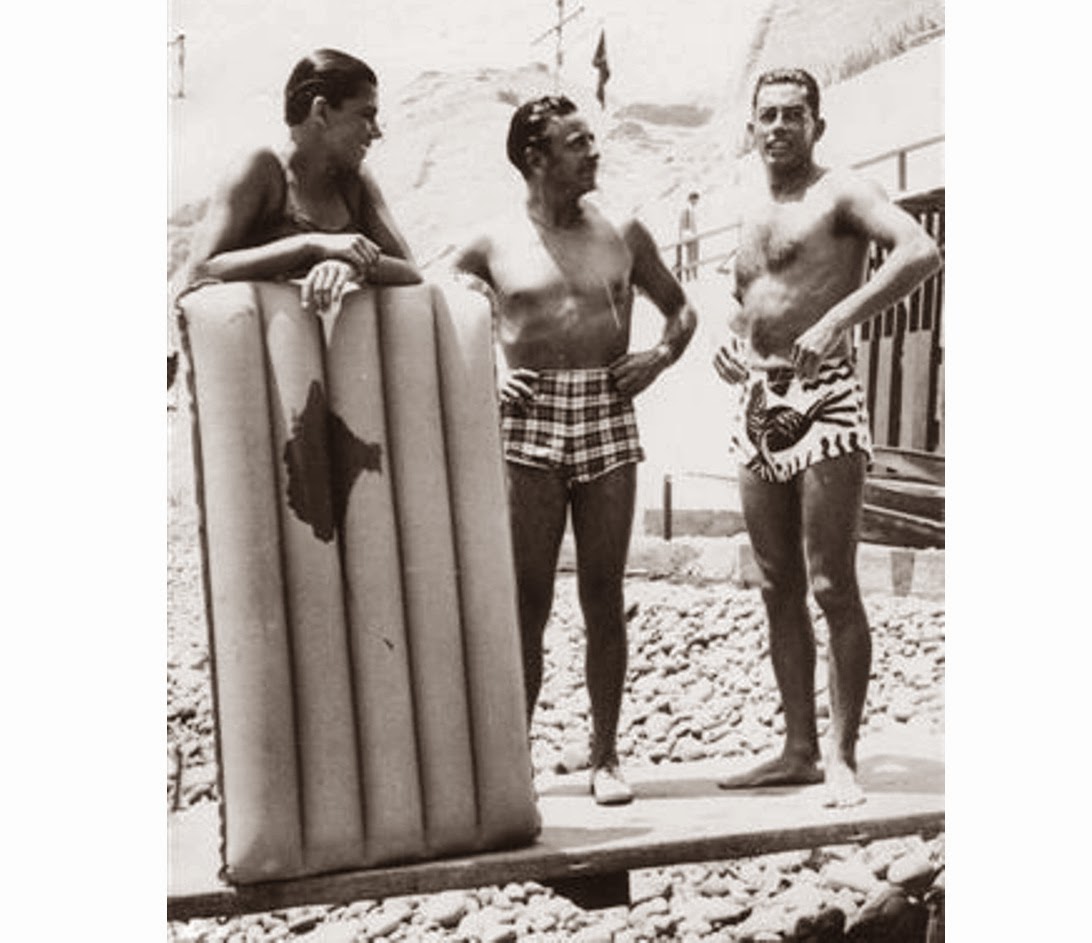 Thank you SO much for writing on this topic!

I'd be really curious to hear your thoughts along these lines on the surfboards you shape. Have you done so elsewhere?