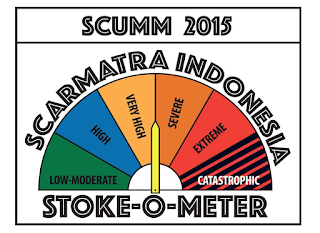 Hope all is well mate, with plenty of Easter Bunny Froth being sent your way!

With April Fools Day falling on the Easter Sunday, I like to reflect and think back to a few years ago of one particular special April Fools,  that I shared with Eric and Paul.

I was still working my own business back then, so could always cut time for a surf when needed or depending on expected swell and wave forecasts.  Eric had already retired from his job and Paul could just take a sick leave day, so a plan was hatched the night before for Eric to meet at my house, where we would then catch up with Paul at the Wreck Bay carpark.

The swell/surf predicted to be small and from the wrong direction, but I was frothing and banking on a little sneaky underlying south swell, so you couldn't wipe the smiles off our faces as we first glimpsed the lineup, small little peaks breaking on the reef, incoming tide and not a soul to be seen down on the rocks or in the water! By the time we hit the carpark (it was empty) it was hard to control the laughter, and running down thru the bush track and brushing away cob webs, only to confirm it more, that we were the first down the track and had it all to ourselves.

As we spoke before about my love of riding different surf craft, we took this opportunity to carry in just mats, paipo, hand planes and a kneeboard, to all take turns riding and getting tubed on, just the three of us out sharing, calling and hooting one another, pure stoke and froth at a high level. We never took a land camera in, and lucky as neither one of us would really want to sit and film, so I have just POV vision , my trusty gopro 3+ capturing the true feel of that morning...3 best friends sharing Waves, Stoke & Froth

Colour, Light and all things Nice, I just love filming here at this reef! Early morning lacks light and creates almost a eerie, dark feeling in the water, with the afternoons \, back lit perfectly as the sun sets, so many different textures, colours & water movement to be seen and captured, one of my true happy places !

I did this edit first up, quicker more up beat music...

...and soon did another, slower with more focus on the tube ring,  rider and most importantly, the vision, in and out of the water...

How good was this day? just look at the big smile on Eric's face!!

Enjoy Easter, and May the Force be with you and your Family Paul!!