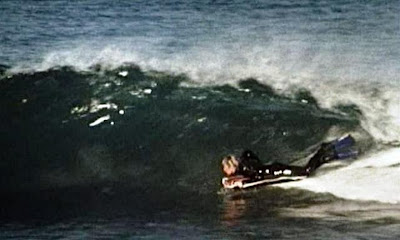 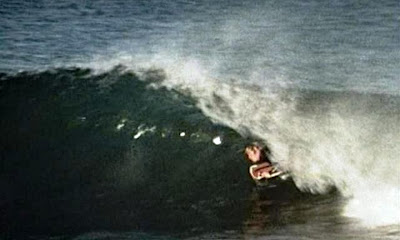 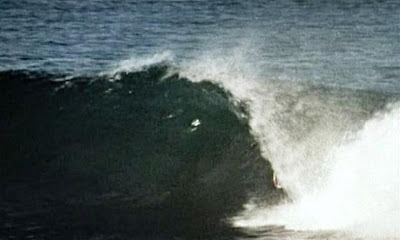 Photo by Wardie
This is a simple technique to pull yourself into a tube while riding a mat...

Keep your head low and forward, and move it out over the inside rail. The mat will follow you and take the right line every time!
Posted by Paul Gross at 11:23 PM

I love this blog! I'm a former competitive cyclist who now surfs and is totally enamored of surf mats (even though I've never seen one in the flesh). What I also find ironic is that I once lived in Eastern Washington! Are you anywhere near Walla Walla? Yeah, I did live there for four years, believe it or not.

Anywhere Walla Walla? How about, in the middle of town...

My family has lived in this area for 4 generations. I just moved here for the first time 7 weeks ago. Definitely takes some getting used to after 53 years in California!

Yeah, I was in culture shock pretty much the whole time I was there (at Whitman). I do actually like the area, but it wasn't diverse enough to keep me there.

I'm not sure what the time frame was for your Whitman years, but from what people tell me the area has gotten more diversified and progressive in the last 10 years.

The explosion of wineries has had an impact. 70 of them now in the local vicinity.

Did you cycle at Whitman?

I wasn't a cyclist then. I played on the soccer team. Blew my knee out freshman year.

I've heard Walla Walla has changed. I'll never know, I guess. I have no plans to return . . . unless you make me a mat. On second thought, you can just ship it down here.

I actually liked Walla Walla. I liked the slower pace and how truly beautiful the town was. But, in the early 80's, it was not at all progressive and it was not easy to be black there. Still, I have some good memories of those four years so it's not like I'm going to cast aspersions at the town. Are you there indefinitely?

Our plans are totaly dependant on my mother's health as the months and years unfold. We are trying to prepare, mentally, for a long haul here. But, that's OK. It's beautiful, and the cost of living is less than half of So Cal. And, while helping my mother in her golden years can be trying at times, it's also a meaningful part of my own life experience.

My wife is from an east coast urban area, so she's really sensitive to diversity and such things. And she's OK with this area...which is a relief to me!

The cultural changes brought on by the European influence of the wineries since the late 90's isn't profound, but it's there nonetheless. However, I did see a sign outside a local restaurant this afternoon that advertised deep fried turkey sandwiches! Hmmm...goodie!

OT: the verification coded on this post is "unresin." How matsufing-ish is that????