Here's a wealth of pictures featuring my custom 16mm camera housing I built years ago. I completed this rig around '97, and it has provided some awesome footage in both slo-mo, and regular speed. It was built to be adaptable...to go from a hand held rig, to a full on back harness mounted point-of-view cam! Needless to say, George Greenough was a huge inspiration in the development of this camera rig. I took a lot of design cues from pictures of him, probably taken by you, or Harold Ward, etc... 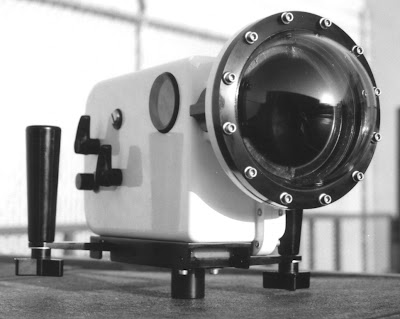 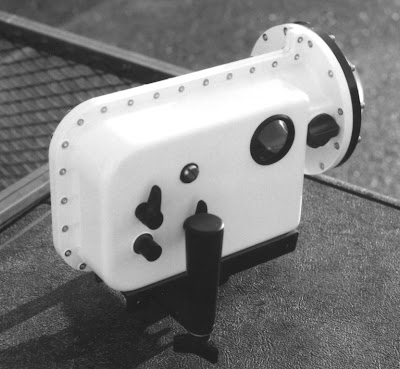 The B&W pics are from the later stages of the cam's development. It was built in the traditional fashion, with fiberglass laid up over a male mold. The various bits of hardware were either custom made or, scavenged from old Ikelite housings I'd find at flea markets. The hemispherical dome port was found at a marine supply...it's basically a replacement lens for a compass. I was using a Century fisheye lens and thus, it needed to sit up close, and be well-protected! You can see the housing incorporates a million fasteners. When it's all bolted together, it has to make for a super strong enclosure. You can imagine the beatings I took, all in the name of a good tube shot (as I'm sure GG would agree!) 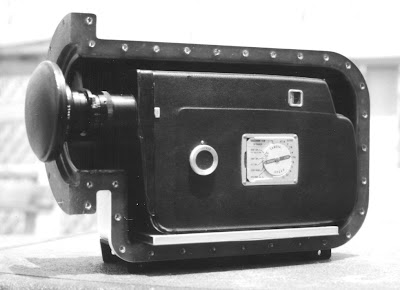 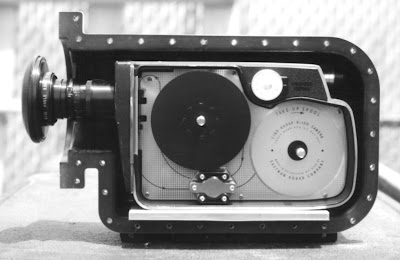 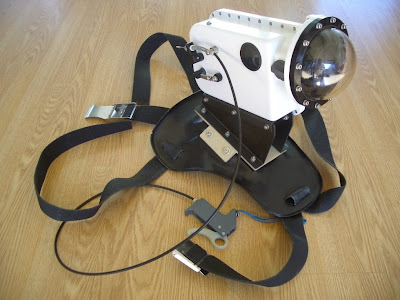 Camera rig set up for POV filming. Not as uncomfortable as it looks...especially in a wetsuit. 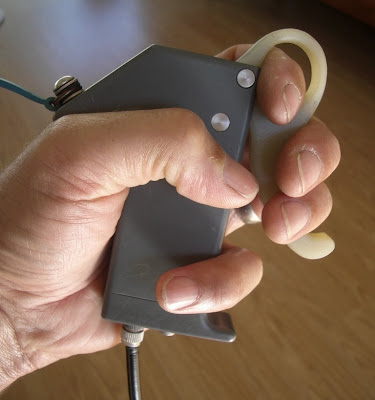 This is the "trigger" that trips the shutter. ergonomically designed to be comfy, yet rugged. 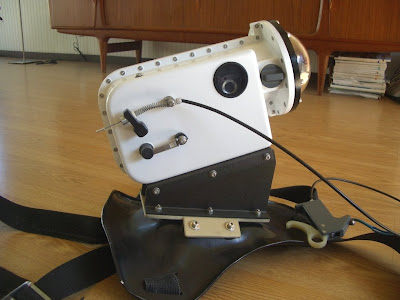 Being a career machinist, you can tell I'm sort of a perfectionist!
Hot Santa Ana winds are howlin' tonight! Maybe they'll hold up till morning? I know there's some swell too!
Take care, JJ
Posted by Paul Gross at 9:38 PM

What do we have to do to see some of the footage shot with this rig?

What do I have to do to get to use the camera while I'm mat surfing?

can I be after Ken Dog?

I just posted a short film to YouTube.. made with the housing back in '97!
Titled: "Fluid Dynamics". Please click on "Watch In High Quality" if you can. The low-res version is really pixeled-out...bummer!
Anyway, I'll try and post more later...enjoy!