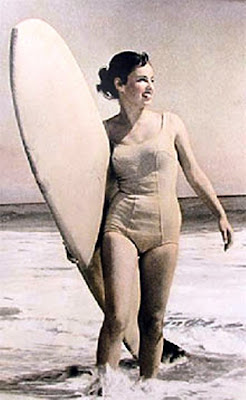 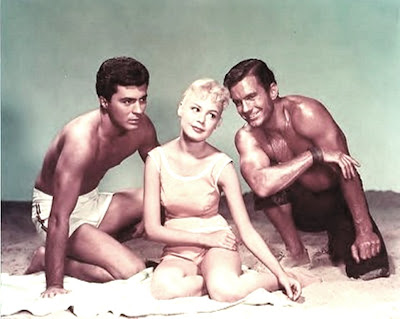 Sandra Dee as Gidget. Cliff Robertson (right) was actually interested in surfing, and invested in a board factory with Roger Sweet during the early years of urethane foam! 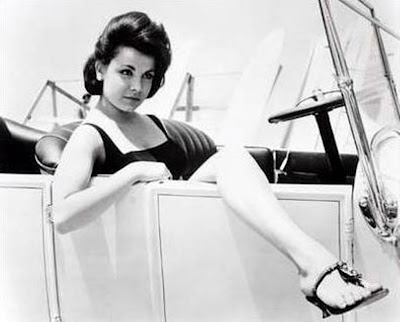 Annette, the undisputed Queen of the 60's surf movie genre... 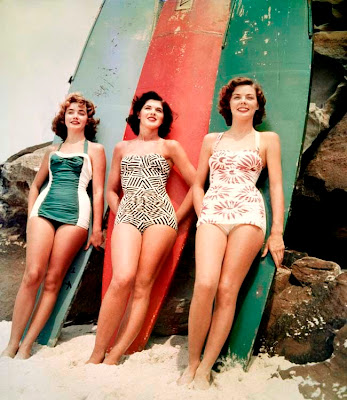 They can drop in on me anytime! 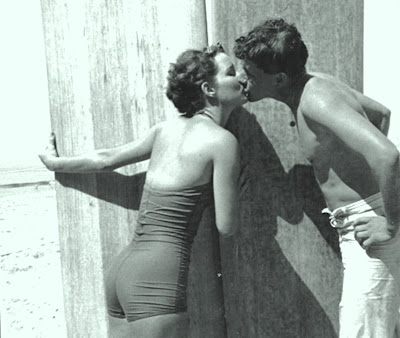 A make out session behind your board is great, but could they have imagined what those Simmons shapes would be worth some day? 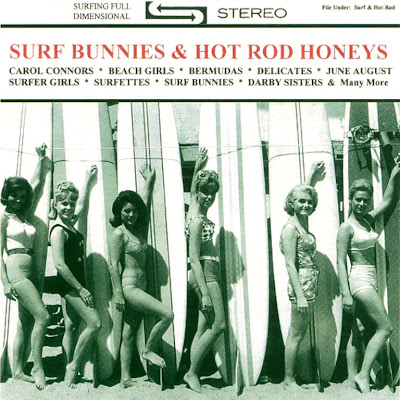 No indication which ladies are the Surf Bunnies and which are the Hot Rod Honeys ... but who's keeping score? Sydney, Australia has been the venue for more than one revolution in board riding, but going for a surf in one's underwear never really caught on. Still, it has merit! 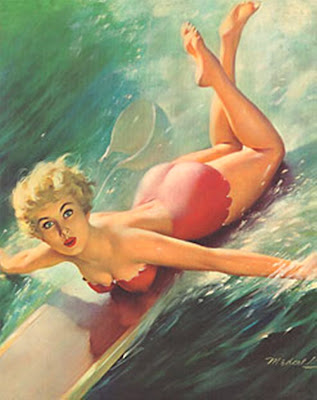 Not sure why this surfer is so mesmerized by the guy taking her picture from up on the pier. She doesn't even care her bathing cap has come off! 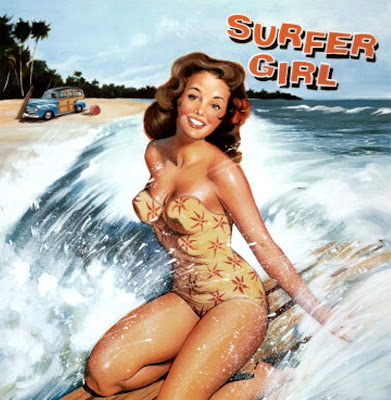 Decades before Greenough changed the world with his electrifying kneeboarding, the ladies were all over the kneelo concept!
Posted by Paul Gross at 9:28 PM